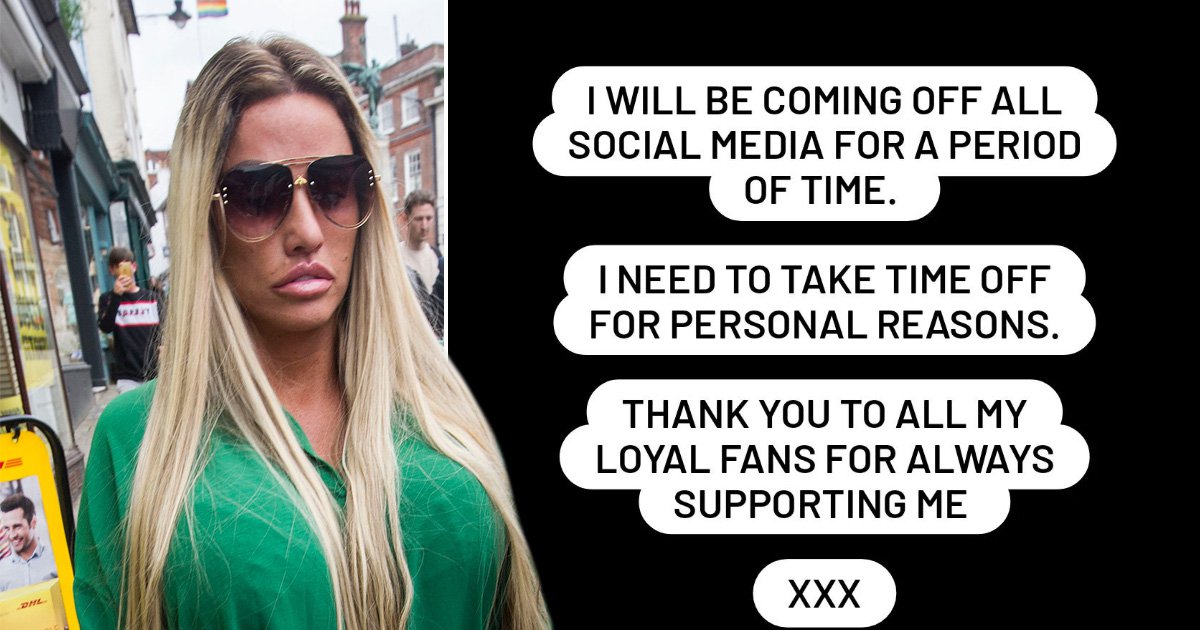 On the day that Boris Johnson stepped down as Prime Minister, Katie Price quitting social media wasn’t the resignation we expected.

The former glamour model stunned her fans by announcing her departure from socials, claiming she needs some space for ‘personal reasons.’

Katie’s exit from social media follows a series of legal woes for the TV star, as she recently avoided jail for breaching a restraining order, and had a speeding charge dropped.

The 44-year-old made the revelation that she’s coming off social media while on holiday in Thailand, where she’s soaking up the sun after cancelling a series of make-up classes that she was supposed to attend this week.

Taking to her Instagram account – which boasts 2.7million followers – Katie wrote: ‘I will be coming off all social media for a period of time. I need to take time off for personal reasons.’

Katie turned off the option for people to leave comments.

Her Instagram has typically been filled with sweet pics and videos of her children – Harvey, Junior, Princess, Bunny, and Jet – or glam shots from events and holidays.

The reality star’s personal life has been swamped with legal disputes as of late, as two charges against her were taken to court earlier this week.

After being caught speeding, the mum-of-five had the charges dismissed at Crawley Magistrates’ Court, as ‘no evidence was offered’.

She was originally charged with exceeding the 60mph speed limit on September 13, 2021, as well as one count of failing to provide information on January 26 this year.

In June, Katie swerved a potential jail sentence after she was warned she could face prison time when she pleaded guilty to breaching a restraining order after she messaged her ex Kieran Hayler’s fiancee Michelle Penticost.

The star was given a community order and told to pay £1,500 costs at Lewes Crown Court.

She’s currently chilling in Thailand with her boyfriend Carl Woods, with the pair recently being spotted enjoying a shopping trip.