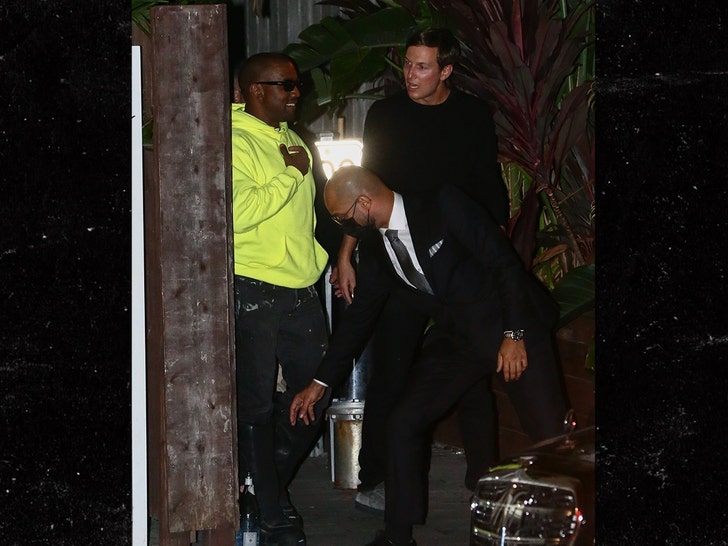 Kanye West‘s Presidential campaign was a total bust — and cost him serious points in his marriage — but that doesn’t mean he’s not keeping his political friends close … dining with Jared Kushner in Miami. 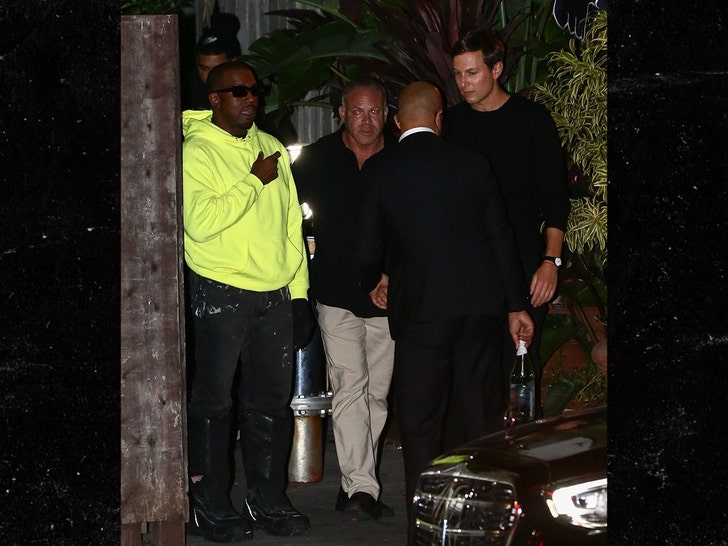 Ye donned a neon hoodie, as he met up with Kushner — the former Senior Advisor to President Trump, and of course, his son-in-law — for a dinner meeting at Carbone in Miami Beach.

Unclear what the two discussed, but they’ve had ties in the past … Jared also played a big role in getting Kim Kardashian to the White House to speak about her prison reform efforts with then-President Trump.

Of course, Kanye has openly supported Trump in the past and got folks talking when he wore a red MAGA hat. He recently said his wearing the hat caused issues with him and Kim.

Kanye’s been back and forth between NYC and Miami this week, but his new boo Julia Fox was nowhere to be seen during the rendezvous with Kushner. 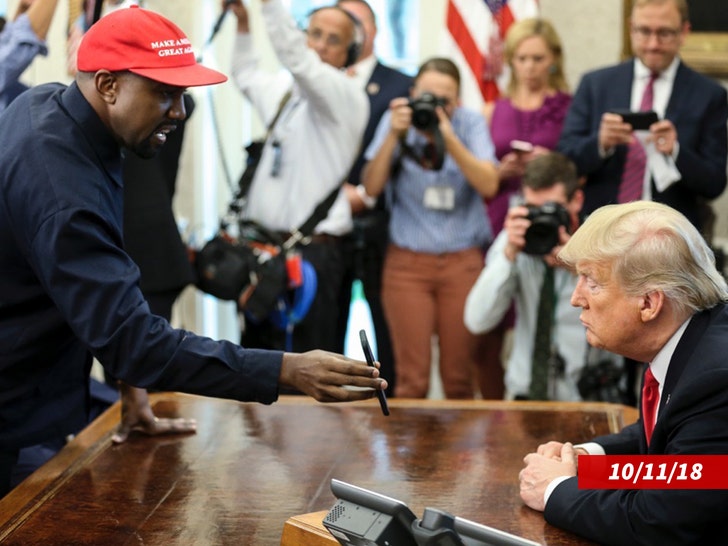 Kanye gearing up for another run at The White House? Time will tell.