Despite scoring two Grammy nods, Justin Bieber has a bone to pick with the Recording Academy. He doesn’t feel like his work was recognized in the correct categories.

Justin Bieber was nominated for Best Pop Duo/Group Performance and Best Pop Vocal Album at the 2021 Grammy Awards. However, while he’s happy to be recognized for his work, he had some complaints after the nominations were announced. Justin took to social media to explain why he didn’t agree with the categories that his song, “Intentions,” and album, Changes, received nominations for.

“I am flattered to be acknowledged and appreciated for my artistry,” Justin wrote. “I am very meticulous and intentional about my music. With that being said, I set out to make an R&B album. Changes was and is an R&B album. It is not being acknowledged as an R&B album which is very strange to me. I grew up admiring R&B music and wished to make a project that would embody that sound. For this not to be put in that category feels weird, considering from the chords to the melodies to the vocal style, all the way down to the hip-hip drums that were chosen, is undeniably and unmistakably an R&B album!”

He concluded his message by making it clear that he “loves pop music,” but didn’t set out to make that kind of record this time around. JB also stated that he’s “honored to be nominated either way”. In the Instagram message’s caption, he also reiterated that he wasn’t trying to seem ungrateful — he simply wanted to share his thoughts about the situation. 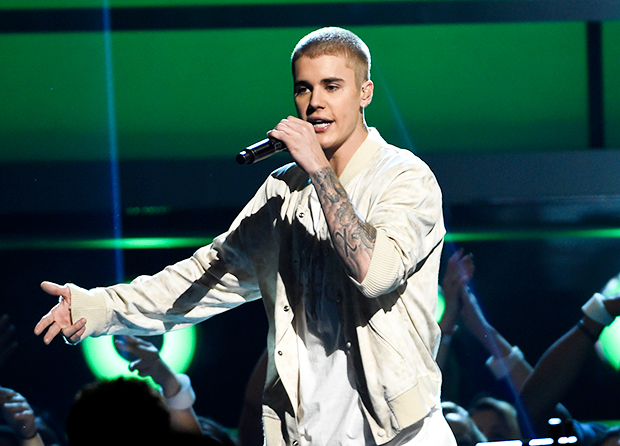 Justin has been nominated for ten Grammys over the years, and won his first and only award at the ceremony in 2016. That year, his song, “Where Are U Now,” took home the honor of Best Dance Recording. His other past nominations include Record of the Year and Song of the Year for “Despacito,” Best Pop Vocal Album for My World 2.0 and Best New Artist, among others.

At the 2021 Grammys, Justin’s track with Quavo, “Intentions,” is up against “Un Dia” by J Balvin, Dua Lipa, Bad Bunny & Tainy, “Dynamite” by BTS, “Rain on Me” by Lady Gaga & Ariana Grande and “Exile” by Taylor Swift & Bon Iver. In the Pop Vocal Album category, Changes is up against Fine Line by Harry Styles, Folklore by Taylor Swift, Chromatica by Lady Gaga and Future Nostalgia by Dua Lipa. The Grammys will be hosted by Trevor Noah on Jan. 31.