JoJo Siwa is living her truth. The 17-year-old star seemingly shared some personal news with her followers on Friday. On her social media accounts, Siwa shared a photo of herself wearing a shirt that reads, “Best. Gay. Cousin. Ever,” thanking her cousin for gifting her the statement tee.

Throughout the day, Siwa also retweeted and liked posts from both fans and celebrities praising her for being part of the LGBTQ+ community.

“Dear @itsjojosiwa. I have never been more proud in my life!” Todrick Hall tweeted. “Happy for you and happy for how you’re going to change the world. Children need to see this!”

Siwa also retweeted this message from a fan: “If you don’t think jojo siwa coming out as gay is a big deal; just remember that there are lgbt kids that watch her videos that may have felt so alone with their identity and seeing the person they look up to coming out makes them feel safer and more comfortable with themselves”

Messages of support also poured in from Lil Nas X, Paris Hilton, Tana Mongeau, Colleen Ballinger and others. ET has reached out to reps for Siwa. 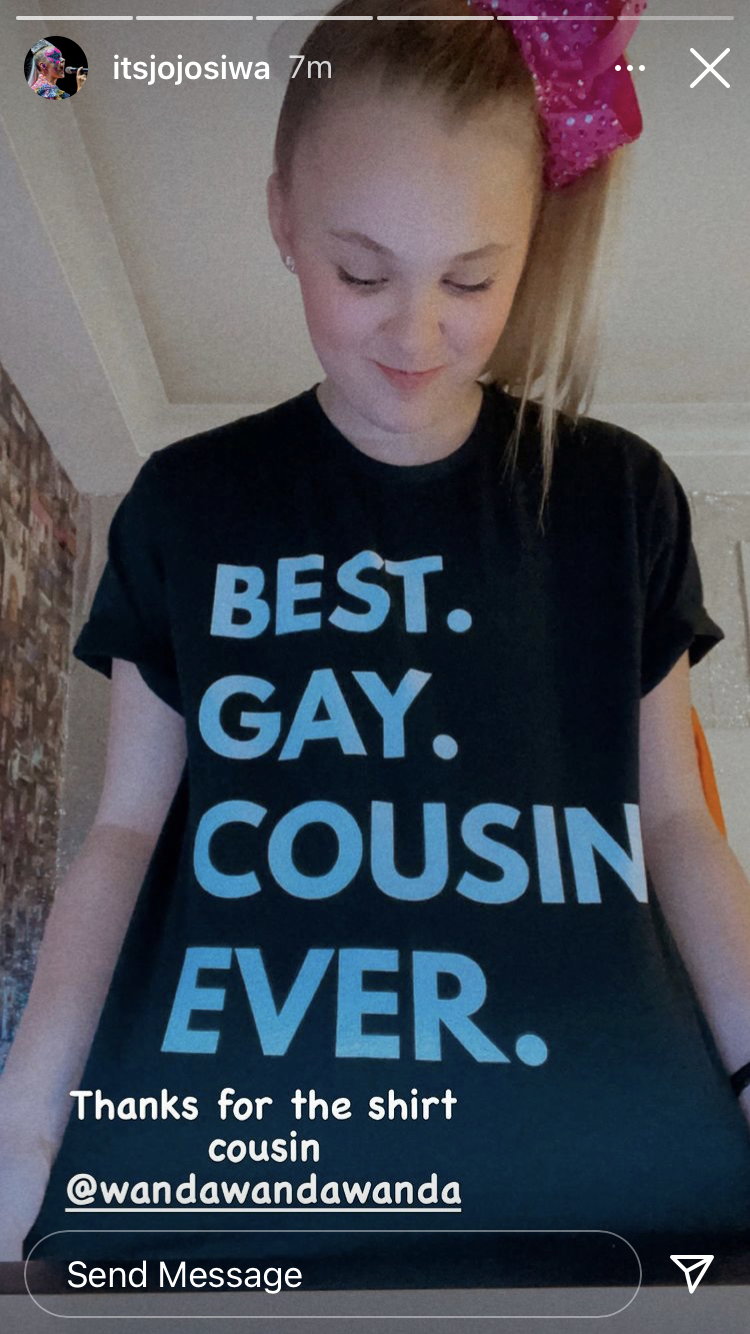