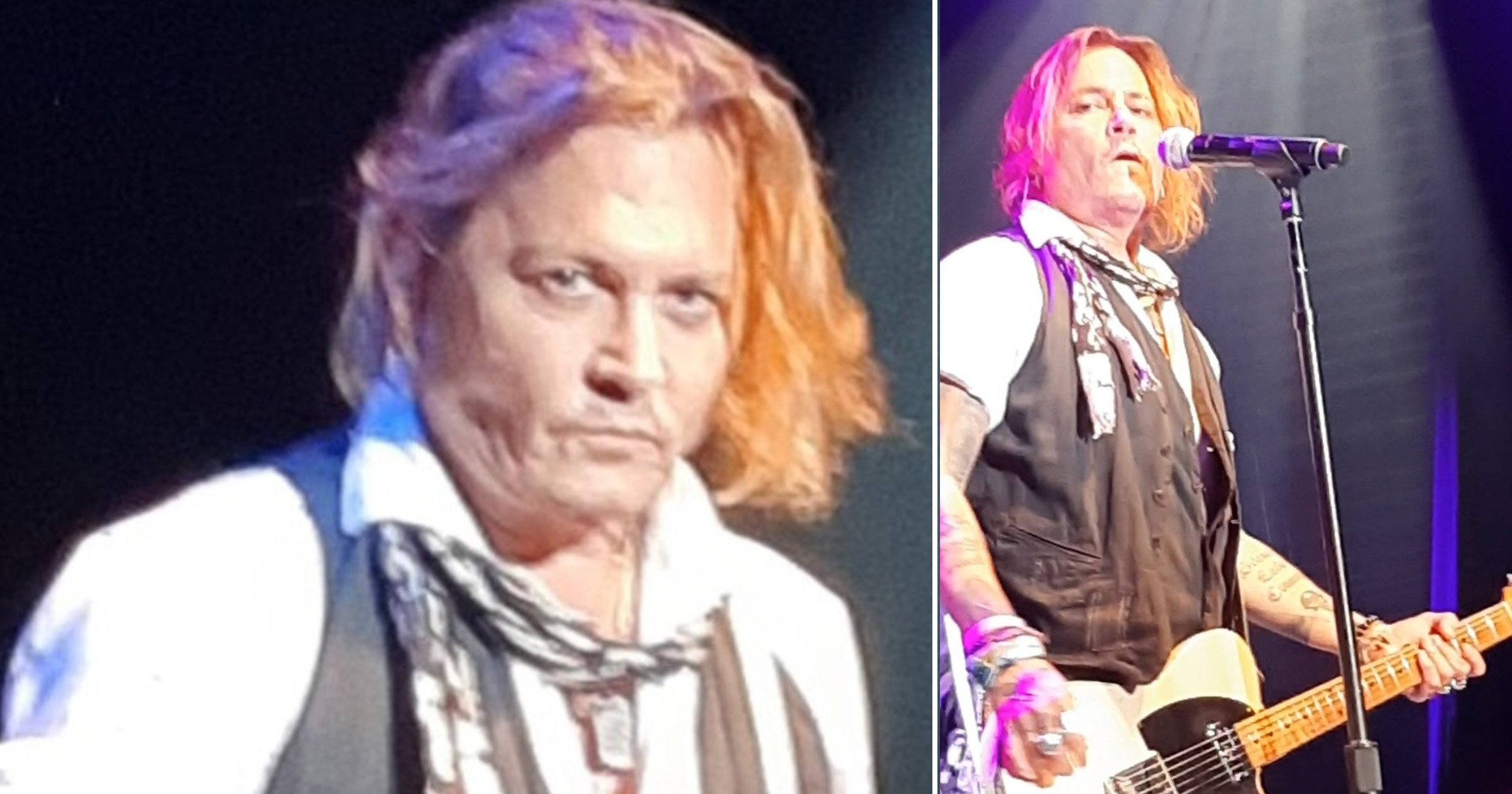 Johnny Depp has headed to Copenhagen to perform with Jeff Beck before filming his first movie since winning his defamation trial against Amber Heard.

The Pirates of the Caribbean actor hasn’t stopped since he won his defamation case against his ex-wife, and was recently spotted arriving in Paris to film scenes for his first film since the widely-publicised trial.

However, before he gets stuck in, he clearly wanted to reunite with Jeff, who he joined for his tour in the UK.

Johnny donned a white shirt and waistcoat as he joined Jeff in the capital of Denmark on Tuesday.

The pair performed their hit Isolation, as well as covers including Let It Be ahead of releasing their album 18 next month.

They recently dropped the first single from the record, This Is A Song For Miss Hedy Lamarr, which was inspired by the early Hollywood starlet.

It’s thought that he will star as the disgraced King Louis XV in the new movie, directed by French star Maiwenn.

Louis XV ruled as King of France for 59 years, from 1715 to 1774. Despite being known as Louis The Beloved, he was disgraced by the end of his reign, and accused of debauchery and corruption.

Johnny filed a lawsuit against the Aquaman actress over an article she wrote detailing her experience with domestic abuse. The actor was not named in the op-ed, which was published by The Washington Post in 2018, but Johnny’s legal team argued it suggested he was physically and abusive towards her.

A jury found Amber did defame Johnny with the article and he was awarded damages of $8.35million (£6.6million) after reductions, while the actress herself was also awarded $2m (£1.6million) in damages after countersuing her ex-husband.

An insider has since told People: ‘[Johnny] isn’t even talking about the trial now.

‘He filed the lawsuit, because he considered it necessary. He has moved on though. He is now able to get back to what he loves doing. He enjoys performing and has a busy summer ahead. He is also looking forward to [continuing] working. He just wants his career back. He loves filming.’