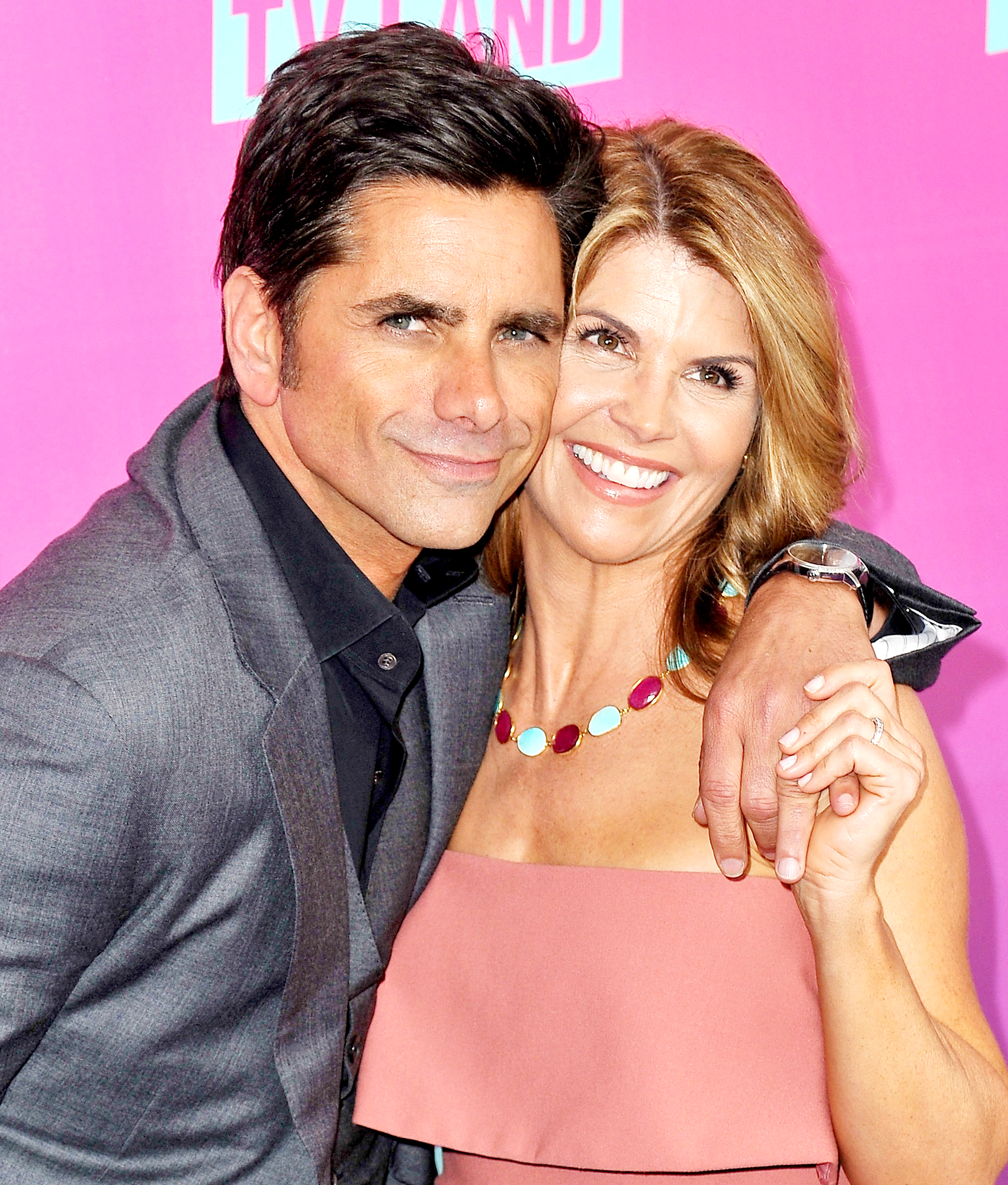 Burn! John Stamos is being roasted on Instagram after the actor shared a promotional photo for season 5 of Fuller House that included Lori Loughlin.

Commenters went wild over the snap, with many cracking jokes about the possibility of the When Calls the Heart alum’s character heading to prison for her alleged involvement in the nationwide college admissions scandal. “Y’all gonna be visiting Aunt Becky in jail?” one wrote, with another joking, “Uncle Jesse should sing ‘Jailhouse Rock’ to Aunt Becky.”

They weren’t alone: Other comments included, “Aunt Becky goes to jail sounds like a great episode,” “Guys, Aunt Becky is going to a different Full house!” and “I just don’t think Aunt Becky will make it to the 5th season.”

The actress, 54, also had her supporters, with some even thanking Stamos for her inclusion. “Thank you for including Aunt Becky,” one wrote, with another adding, “Thanks for including Lori everyone makes mistakes she don’t [sic] deserve to be kicked out we all deserve second chances.”

Stamos isn’t the only one of Loughlin’s costars rallying behind her: When Calls the Heart actor Paul Greene talked about his decision to stand by her exclusively with Us Weekly on Wednesday, May 8. “She is the most incredible, amazing human being you’ve ever met in so many ways that it’s hard to even place what you’ve heard,” he told Us. “All I know what to do is be loving and a consistent friend no matter what is even accused or found. That’s what a friend does. Especially when things get hard is when you need your friends.”

Saget, 62, also briefly spoke out about his friend on the Today show April. “I will say that I love her and I will say no comment, and that’s it,” he said at the time. “It’s a personal thing. … It’s a strange time.”

Loughlin and her husband, Mossimo Giannulli, were indicted in March and accused of paying $500,000 to falsely represent their daughters, Bella, 20, and Olivia Jade, 19, as members of the University of Southern California crew team to ensure their admission to the college.

The couple pleaded not guilty to charges of fraud and money laundering on April 15. They face up to 40 years behind bars, with 20 years in federal prison for each alleged crime.