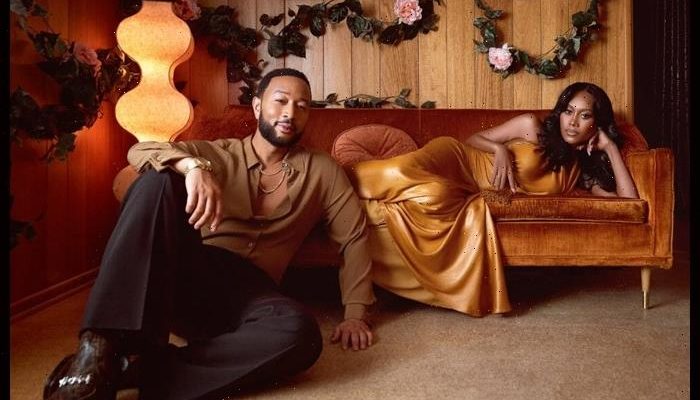 John Legend recently released a video for “Honey,” featuring Muni Long. The song is from Legend’s forthcoming album, due out via Republic Records.

The video, directed by Christian Breslauer, is set in the aftermath of the retro party featured in the visual for the upcoming record’s lead single “Dope.”

The visual shows Legend lying on the floor in a messy music room, dreaming about the dance party that took place the night before. After a CGI bee sting wakes him up, Legend notices honey dripping from beneath a framed portrait of Muni and finds a honeycomb upon peeling away the wallpaper. Through a hole in the wall, he watches the real Muni in a vintage bathtub full of sweet glittery golden honey.

Legend released the “Honey” track on June 17. The song has moved to No. 21 on the latest Billboard Adut R&B Airplay chart.