Jeremy Clarkson, 60, agreed that it was right of the Queen to tell Prince Harry, 36, to “get lost” over his “request” for Buckingham Palace to lay a wreath on The Cenotaph during Remembrance Sunday as he is “not a member of the royal family”. The motor expert questioned why the Duke of Sussex would think that he had the right to lay a wreath in the first place, following his move to the US at the beginning of the year with wife Meghan Markle and their son Archie.

He’s not a member of the Royal Family

Jeremy typed: “IF I’d rung Buckingham Palace last weekend to ask if Mrs Queen would lay a wreath at the Cenotaph on my behalf, I’m fairly sure they’d have politely told me to get lost.

“Because I’m not a member of the Royal Family. So why did Harry Markle think that someone should lay a wreath on his behalf?

“Because he’s not a member of the Royal Family either,” he added in his The Sun column.

It is has been reported by The Times that the Queen was not informed of the request, and instead, Prince Harry placed his own wreath in Los Angeles alongside the Duchess of Sussex. 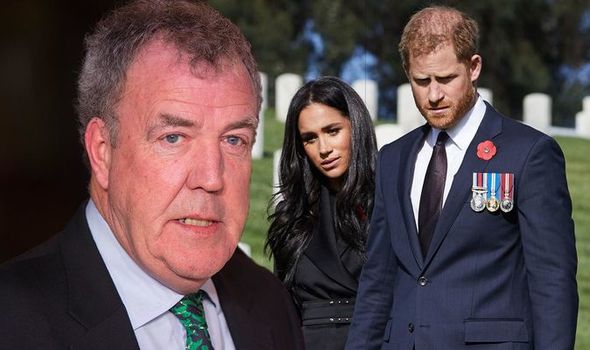 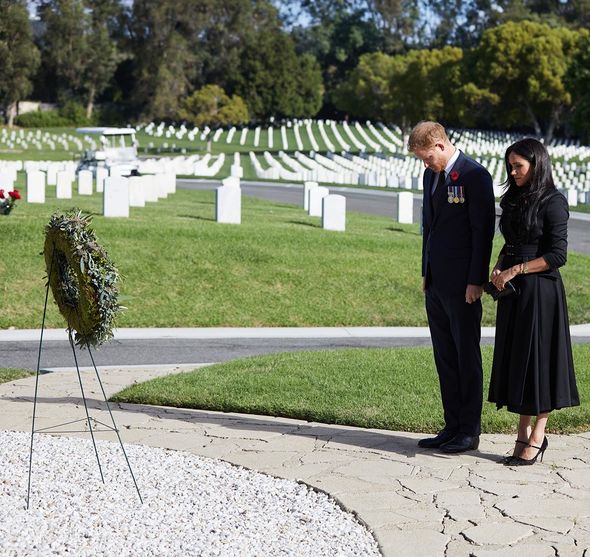 The Duke and Duchess laid flowers they had picked from their own garden at two graves, one for those who had served in the Royal Australian Air Force and one for soldiers from the Royal Canadian Artillery.

A spokesman for the couple said: “It was important to the duke and duchess to be able to personally recognise Remembrance in their own way, to pay tribute to those who have served and to those who gave their lives.

“The couple laid flowers that the duchess picked from their garden at the gravesites of two commonwealth soldiers, one who had served in the Royal Australian Air Force and one from the Royal Canadian Artillery.” 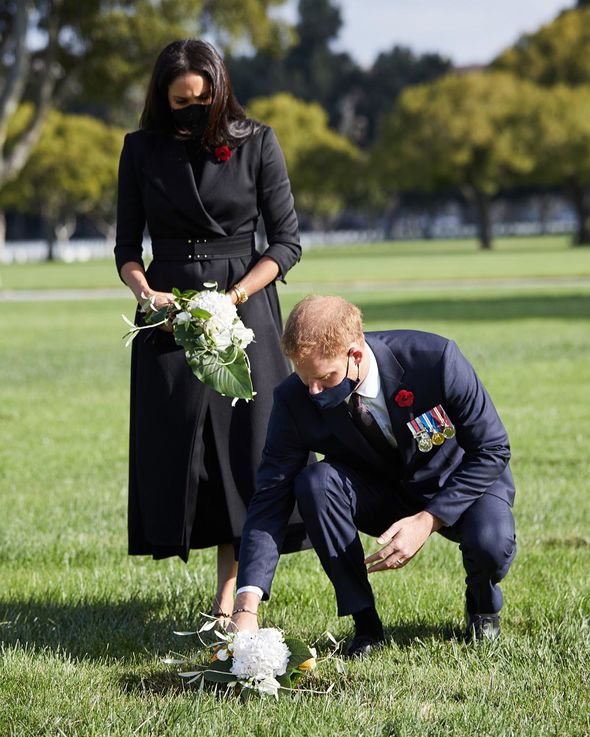 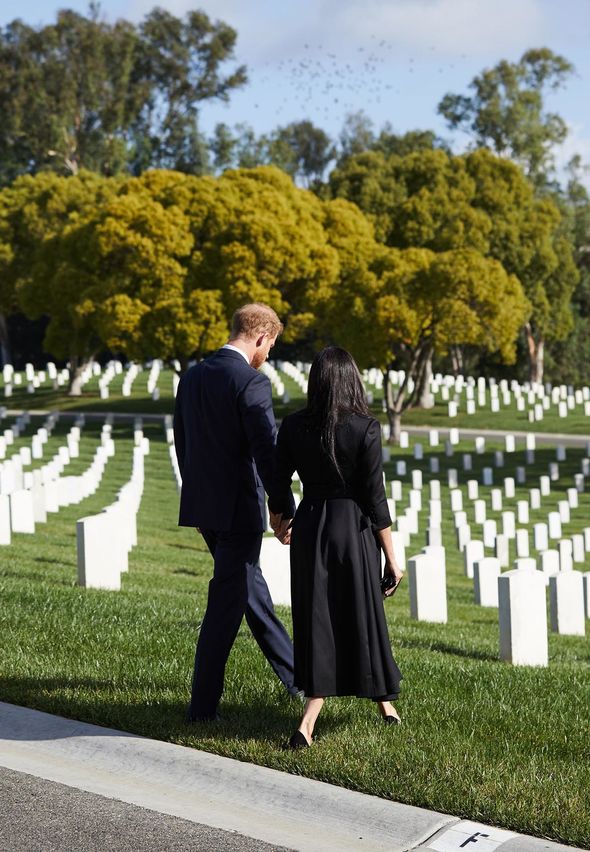 However royal biographer Robert Lacey commented that the turn of events showed how “expendable” Prince Harry has become to the Royal Family.

He claimed that it was a “perfectly reasonable request” from the Duke and if all had been well between him and the palace his wish would have been fulfilled.

As the Sussexes paid their respects at a local cemetery, it was alleged that it took Meghan has hired two new publicity experts to help fix their popularity ratings.

A source told The Sun: “Meghan is well aware that she and Harry are no longer the golden couple.

“Prince William and Kate can do no wrong now as far as the UK is concerned, whereas she and Harry are seen as a self-interested couple who quit the Royal Family to pursue their own interests.

“Meghan hopes to turn things around and show people how committed to doing good she is, and for them to see a different, more positive side to her.”

It is not the first time that Jeremy has expressed scepticism toward the former working royals.

Previously the motor expert claimed that Prince Harry and wife Meghan Markle’s philanthropic shows as part of their recent Netflix deal would be “drivel” and “just awful”.

Jeremy said of the couple: “They will be drivel.

“£100 million to make shows and films that inform and give hope? Kill me.

Meghan and Harry’s deal with Netflix was reportedly signed for £112 million earlier this year and “could include a documentary on Princess Diana” according to The Mirror.