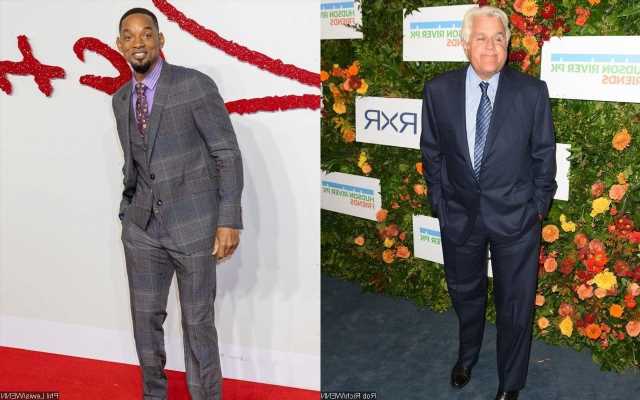 While still considering the ‘King Richard’ star a ‘good guy’ despite his behavior at the 2022 Academy Awards, the former ‘Tonight Show’ host is disturbed by the actor’s ‘yelling of the obscenities.’

AceShowbiz –Jay Leno has weighed in on the Oscars drama that involved Will Smith and Chris Rock. Having witnessed the incident firsthand, the comedian claimed the “most disturbing” part of it was not the slap, but Will’s “real anger.”

The 71-year-old, who was in the audience at Los Angeles’ Dolby Theatre as an Academy Award nominee last month, shared his two cents on the matter during an interview with the Palm Beach Daily News ahead of a gig in West Palm Beach, Florida.

“To me, the thing that’s most disturbing wasn’t the slap, because he was kind of smirking after he slapped [Rock],” he told the publication, before adding, “It was the yelling of the obscenities. Then you go, ‘Whoa. What’s going on here?’ This is real anger.”

Despite Will’s behavior at the award-giving event, Jay still considers the “King Richard” star a “good guy.” He also commented on the Academy’s announcement of investigation into the matter, believing it was unnecessary since the incident happened in public and was captured on cameras.

Will apologized for his action one day after the 2022 Oscars. Nevertheless, the Academy announced on April 8 following their investigation into the matter that the actor is banned from attending the Oscars for 10 years.

“The Board has decided, for a period of 10 years from April 8, 2022, Mr. Smith shall not be permitted to attend any Academy events or programs, in person or virtually, including but not limited to the Academy Awards,” Academy President David Rubin and CEO Dawn Hudson said in a statement.

The actor responded to the ban by simply saying, “I accept and respect the Academy’s decision.”