The sharp-tongued professional dancer, 41, who was crowned the champion of Dancing On Ice earlier this year, has been sharing his commentary on Love Island 2019 with his 253,000 Twitter followers. On Friday, however, his remarks about Irish model and ring girl Maura Higgins, 28, sparked a backlash from fans accusing him of sexism. “I love Lurpak butter because it spreads easy,” he tweeted. “But nothing less attractive than a girl that would spread that easy. #Maura #LoveIsland.”

One Twitter user shared James’ post with her own 4,000 followers, writing: “I just projectile vomited everywhere and it spelled out the word sexism.”

Responding to being accused of sexism, James said: “Why? Because I don’t like girls that are easy?

Another Twitter user then hit back: “I wouldn’t worry about it, James. She’s out of your league anyway.”

“Then perhaps he should concentrate on her instead of scoffing at other women,” the second hit back. 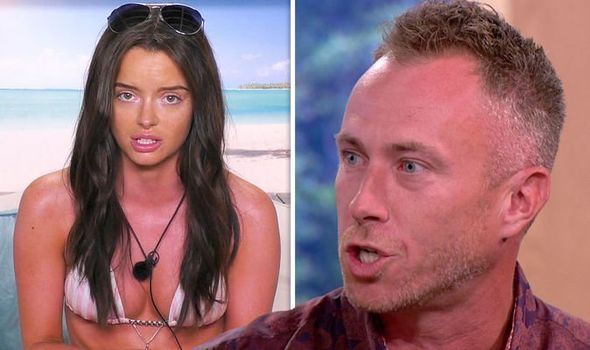 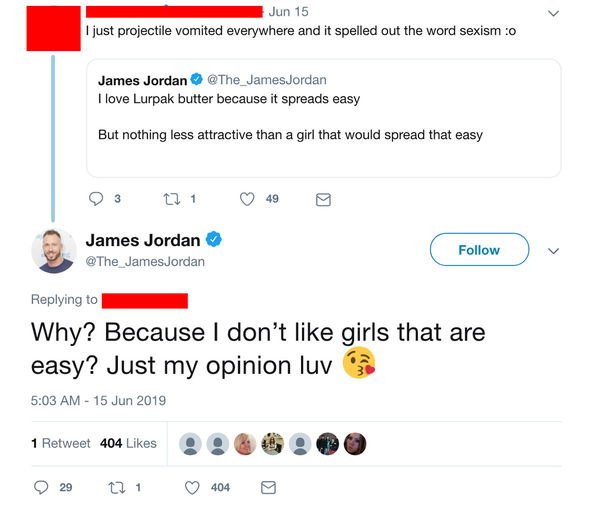 “Misogyny is so last century.”

At that point, James piped up once again, tweeting: “Only my opinion mate.

Many Love Island fans took to the comments section to criticise James’ comment, with one saying: “Point not well made James.”

Others sided with the dancer, one tweeting: “James your comments make me laugh. You say what I’m thinking 100 per cent accurate every time!” 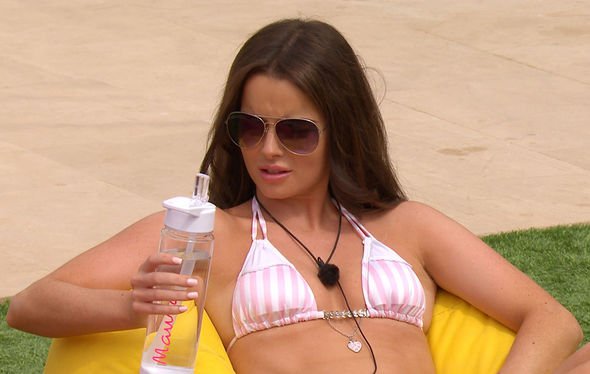 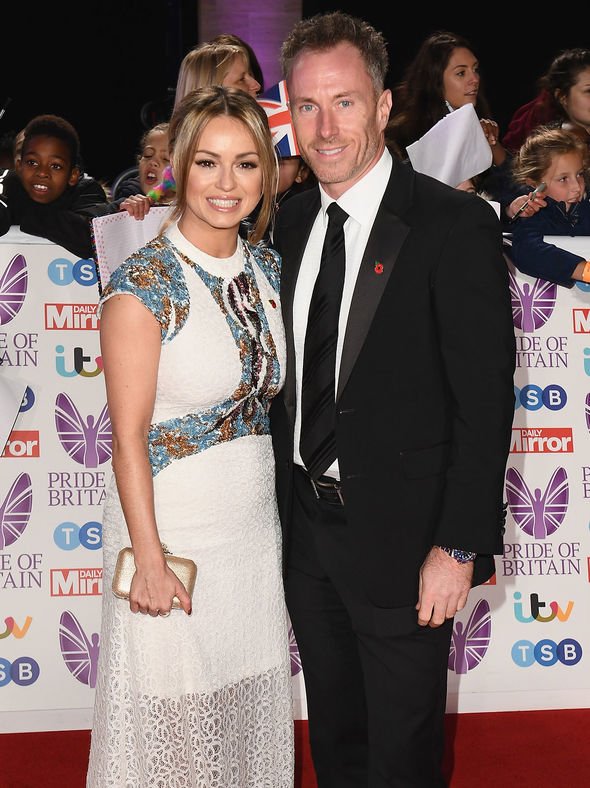 “Best comment of the series so far!” a second agreed, as another said: “Well said.”

Maura made her intentions clear from the moment she entered the Love Island villa, making a beeline for boxer Tommy Fury, 20, on their date, despite his blossoming relationship with Molly-Mae Hague, 20.

A dramatic love triangle ensued, with Tommy’s head being turned one way then the other once Molly-Mae finally opened up about her feelings for him.

However, in last night’s episode, viewers saw Maura try to make a move on Tommy, going in for a kiss as he turned his head away so she caught his cheek instead.

In the recoupling, he picked social media influencer Molly-Mae over Maura, but the brunette beauty wasn’t dumped from the island as it was revealed two new boys were arriving.