"The Late Late Show" host James Corden made it clear Wednesday night that he doesn't associate himself with Trump supporters during an appearance on "The Late Show," saying "all the people that I like and respect" don't like President Trump.

"Late Show" host Stephen Colbert began the conversation with talk of "our president's" recent visit to Britain, but first asked the British-born Corden, whose show is based in Los Angeles, whether he was a U.S. citizen.

"He's not my president," Corden grinned. "He's very much yours." 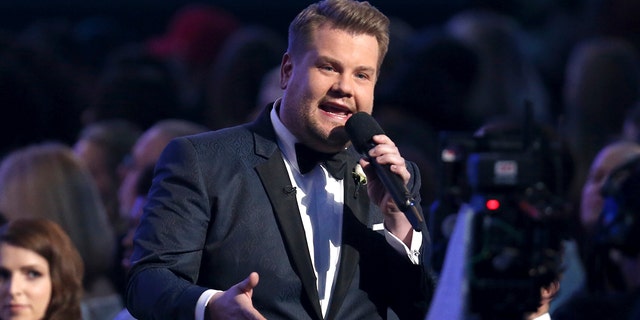 Colbert then mentioned Trump's repeated downplaying of the protests that took place in Britain and asked Corden for his insights on how the "people back home" feel about the U.S. president.

"Well, I think they feel exactly as people do here," Corden responded. "I'm sure a very vocal, sort of far-right group of people who think that, 'Yeah, this is absolutely right.' And then there's probably all the people I know and all the people, all of the people that I like and respect are like, 'What?!"

Corden, who will host the Tony Awards on Sunday, went on to mock Trump's interactions with the royal family as well as his knowledge of Brexit, Britain's effort to withdraw from the European Union.

"I saw a thing that said he'd been talking about Brexit. I'm like, 'What is he … Up until yesterday, he thought Brexit was the most important meal of the day," Corden quipped. "It's crazy. It's madness, all of it."