Jameela Jamil has hit back at trolls who cruelly posted negative messages after she revealed she had an abortion during her teenage years.

The presenter-turned-actress opened up about the procedure following US state Georgia’s new “heartbeat” abortion bill that bans abortions after six weeks.

Uploading the post to her Twitter, she revealed the abortion “was the best decision she had ever made”.

It read: “I had an abortion when I was young, and it was the best decision I have ever made. Both for me, and for the baby I didn’t want, and wasn’t ready for, emotionally, psychologically and financially.

“So many children will end up in foster homes. So many lives ruined. So very cruel.”

However, since posting the honest comment on Twitter, the 33-year-old came under fire from online trolls who criticised her actions and told her to use “contraception”.

Hitting back, she posted another Tweet to her 817,000 followers. 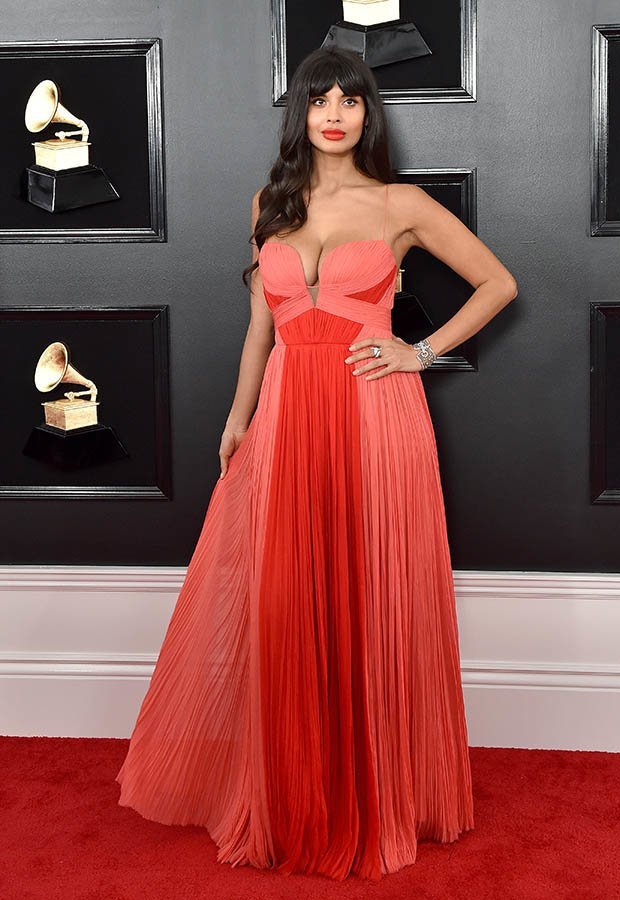 She wrote: “A lot of men calling me a whore and telling me I ‘shouldn’t have opened my legs’ and that I should have used contraception.

“Not that it justifies my right to choose, but I did use contraception, and it didn’t work, it doesn’t always work. It could happen to you, you utter clowns.”

Many users backed the star for her honesty, and called out the keyboard warriors who wrote the negative comments. 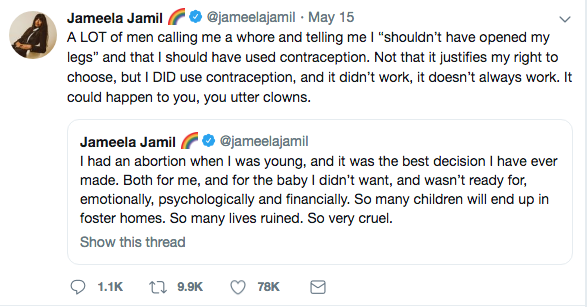 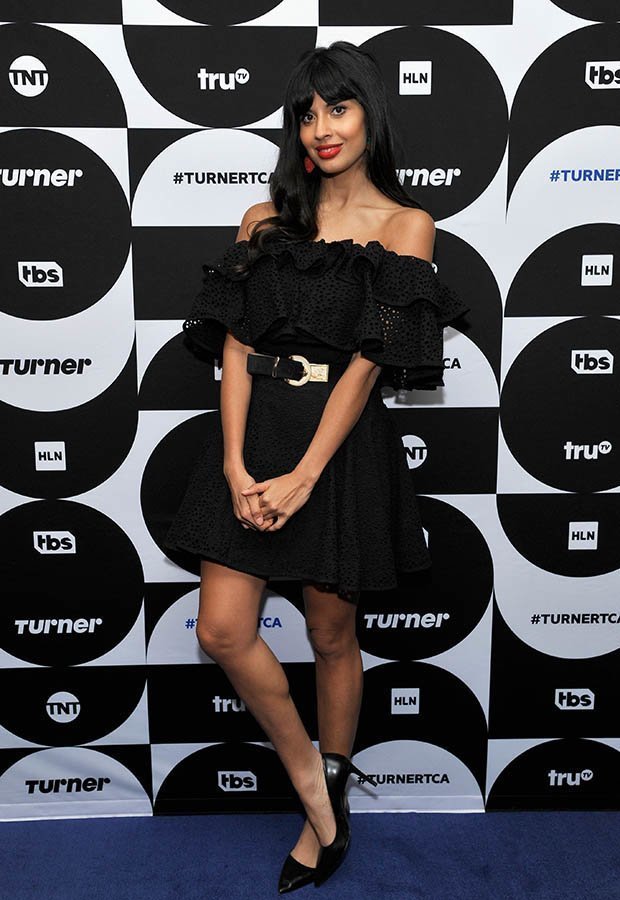 One wrote: “Have any of them demanded the name of the man involved so they can tell him he should have kept it in his pants?”

While a second put: “Apparently you’re the only one who had sex and the guy played no role in the act… people are so ignorant.”

A third agreed: “Yet men spend their entire lives begging women to open their legs.”