Jada Pinkett Smith has said she hopes Will Smith and Chris Rock are able to ‘reconcile’ their friendship after the shocking events at this year’s Oscars.

Fresh Prince of Bel Air actor Will shocked the world when he stormed on stage and struck comedian Chris across the face for making a joke about Jada’s hair, despite her public battle with alopecia.

Chris, 57, was presenting an award during the Oscars in March when he made a quip about GI Jane in reference to Jada sporting a shaved head.

After attacking the comic, Will, 53, returned to his seat at the front of the audience and proceeded to win the best actor award for King Richard.

However, none of them have spoken about the incident in-depth since Will issued a publicly apology to Chris and resigned as a member of the Academy.

During the opening moments of the latest episode of her Facebook Watch series Red Table Talk, Jada shared a few words about the incident before speaking to the mother of a young alopecia sufferer who took her own life. 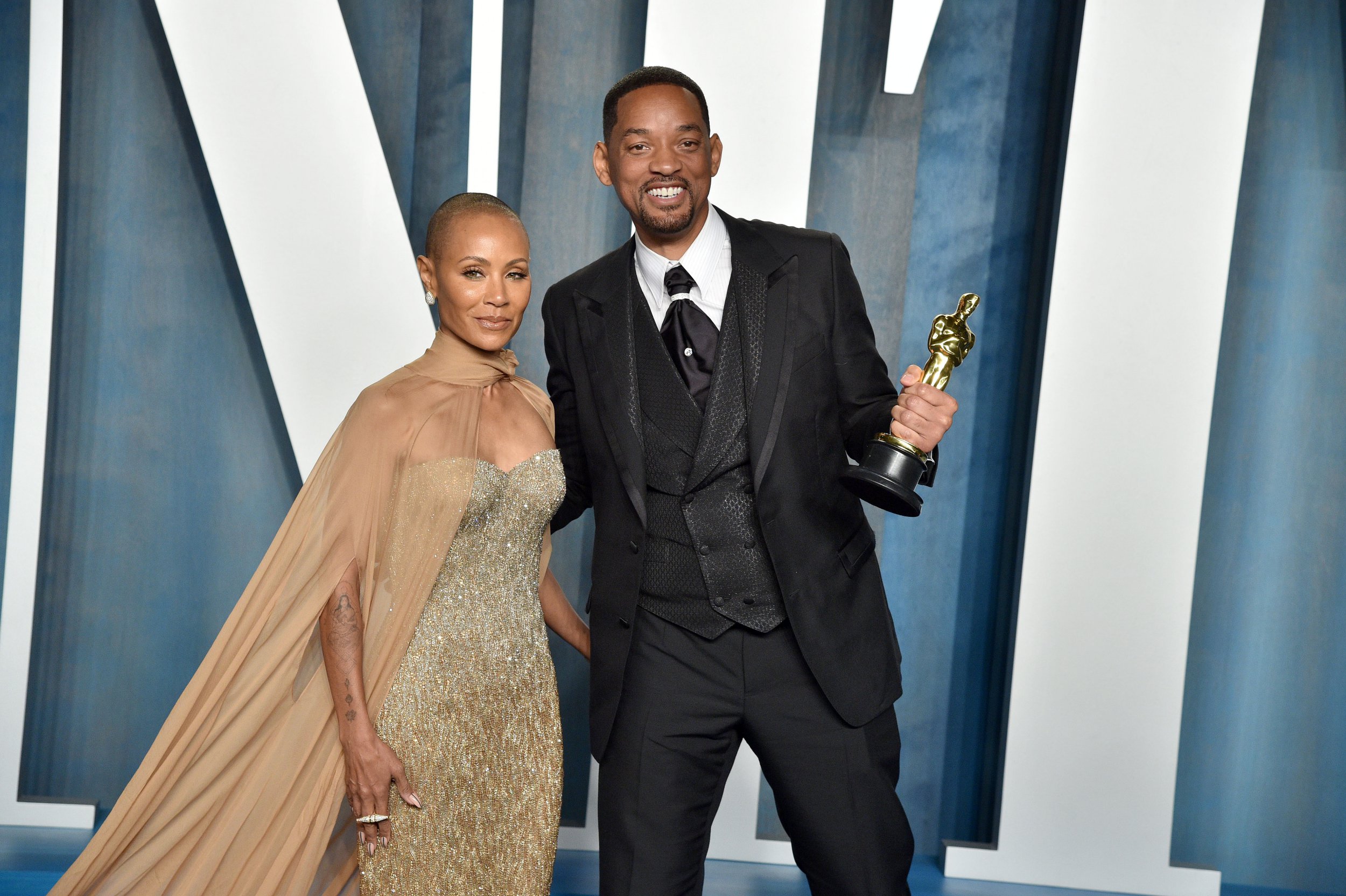 The Girls Trip actress told viewers in a monologue: ‘This is a really important Red Table Talk on alopecia. Considering what I’ve been through with my own health and what happened at the Oscars, thousands have reached out to me with their stories.

‘I’m using this moment to give our alopecia family an opportunity to talk about what it’s like to have this condition and to inform people about what alopecia actually is.’

She added: ‘Now about Oscar night, my deepest hope is that these two intelligent, capable men have an opportunity to heal, talk this out and reconcile.

‘The state of the world today, we need them both. And we all actually need one another more than ever.

‘Until then, Will and I are continuing to do what we have done for the last 28 years, and that’s keep figuring out this thing called life together. Thank you for listening.’

After slapping a stunned Chris on stage, Will calmly walked back to his seat and twice shouted during the live broadcast: ‘Keep my wife’s name out your f*****g mouth.’

He apologised to the Academy for his actions during his best actor acceptance speech but did not mention Chris until a public statement the following day.

‘Jokes at my expense are a part of the job, but a joke about Jada’s medical condition was too much for me to bear and I reacted emotionally,’ he explained.

‘I would like to publicly apologise to you, Chris. I was out of line and I was wrong. I am embarrassed and my actions were not indicative of the man I want to be. There is no place for violence in a world of love and kindness.’

Chris has not spoken about the incident at length aside from a few references at his stand-up shows, but said he will only discuss for the right price.