British farmer and Countryfile presenter Adam appeared on the latest This Morning with some pigs to discuss his work collecting rare breeds in order to carry on his dad’s legacy.

ITV hosts Phillip Schofield and Holly Willoughby headed over to a makeshift pen in one side of the studio, and were thrilled to play with and stroke the farm animals.

But there was one slightly awkward moment towards the end of the interview when Adam shared a dated and slightly sexist description of a “ladies’ pig”.

Phillip then went on to question the size of the animals, hoping to clarify a long running mystery about the existence of “micro pigs”.

“There’s no such thing as a micro pig either is there?” the 57-year-old host asked. “They all get big in the end?”

“They do yes,” Adam smiled. “A micro pig is a bit of a made-up breed, but if you want a small pig, there’s the Kuni Kuni.

“It’s a New Zealand bush pig, but one of the smallest British pigs, which is a traditional British breed, is the Berkshire.

“It’s known as the ladies’ pig, because it’s small, friendly, and handleable. But it also makes great sausages.” 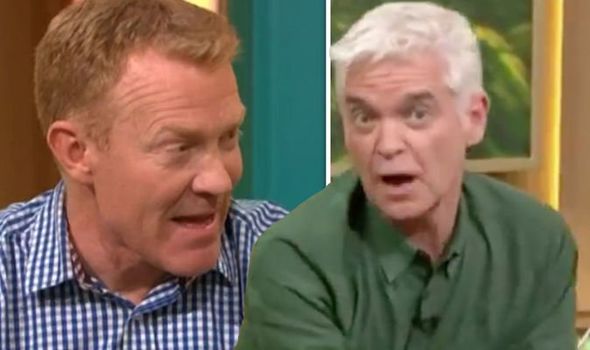 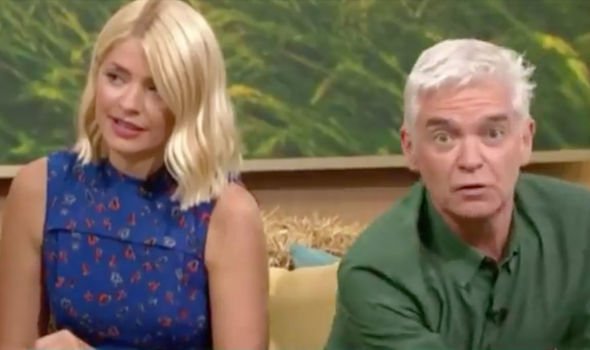 That’s out of order that is!

Alarm bells ringing out almost instantly, Phillip suddenly looked up to the camera and corrected the guest for viewers.

“Oooh can’t say that anymore,” he declared in a serious voice. “That’s out of order that is!”

Adam turned red-faced but Holly couldn’t stop giggling as she attempted to clear up the confusion over what the Countryfile presenter had just said.

“Makes what?” she asked, as Adam repeated “sausages”. 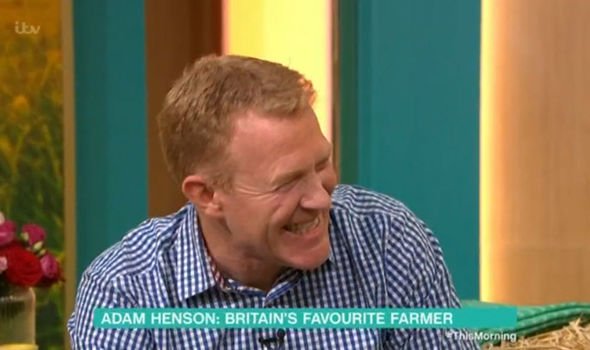 Also during the interview, Adam spilled all on meeting Queen Elizabeth II at a garden tea party at Buckingham Palace.

“It was amazing having lunch with the Queen, it was extraordinary!” Adam enthused. “I thought there would be hundreds of people there and there were only about a dozen of us.

“We had a shared love of animals and she even asked me about my bull, and she said to me ‘How’s Archie?’

“Really?” Phillip queried, as Holly noted the name was very “timely” following the birth of the Duke and Duchess of Sussex’s first child Archie Harrison Mountbatten-Windsor.

Strictly Come Dancing professional Amy Dowden also appeared on the programme to discuss her battle with Crohn’s disease and how she copes with her gruelling career.

This Morning continues weekdays at 10.30am on ITV.