It was reported on Monday that the ITV show had been taken off air indefinitely after guest Steven Dymond, 63, died following an appearance on the programme.

The fate of the programme is still unclear, and today it was a subject of discussion on Good Morning Britain.

The debate saw Piers Morgan and Susanna Reid hear from George Galloway, who is a friend of Jeremy’s and Professor Jonathan Shalit from a management company who used to represent Jeremy Kyle.

Piers spoke out in defence of Jeremy, suggesting that he had done “good” through his show that wasn’t being mentioned amid the backlash.

He’s done a lot of good

He explained: “What I’m not reading, all I’m reading is constant negativity.

Jonathan also pointed to the duty of care broadcasters have with people in their care.

“It’s not just ITV, it’s the main British terrestrial broadcasters. There’s a massive duty of care before, during and after.”

The conversation comes after MPs called for the programme to be axed. 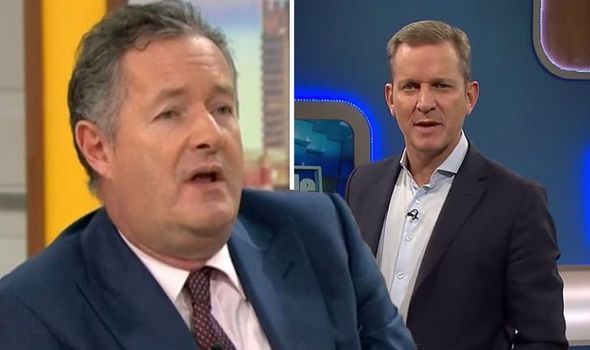 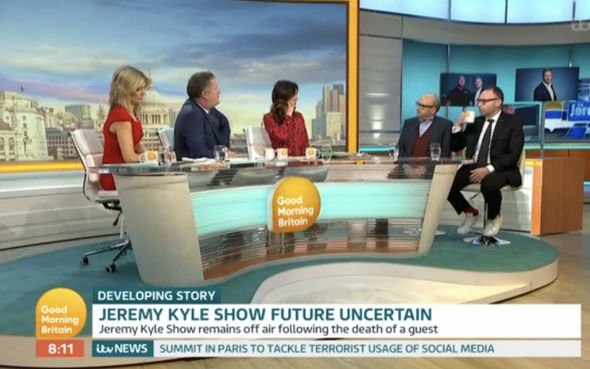 “TV companies have a duty to care to the people who take part in their programmes,” said Damian Collins, who chairs the Commons digital, culture, media and sport committee.

Meanwhile, Charles Walker, who is the Tory vice chairman of the all-party parliamentary group on suicide and self-harm prevention said: “Exposing quite vulnerable people to ridicule is really not compatible with the mores of the second decade of the 21st century.

“On reflection, ITV would be best advised just to stop it. It’s a very, very unattractive TV show and I’m surprised it’s gone on so long.”

At the beginning of the chat on GMB, Susanna asked George if he had spoke with his friend Jeremy.

He replied: “I haven’t, no. It’s a very sad, stressful, devastating time for everyone involved. 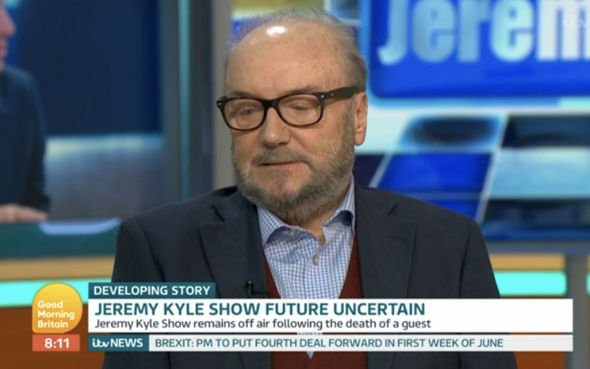 “I’ve watched the moral panic rise on your show this morning, it’s been my long experience that good decisions are rarely made in moments of moral panic.”

Steven appeared on The Jeremy Kyle Show on May 2 where he failed a lie detector test he took to prove allegations he had cheated on his fiancée, Jane Callaghan, were not true.

Jane told The Sun: “We got engaged Christmas Day 2017. He was crying, the love was real. He was the most generous and loving person.

“He was quietly struggling and we didn’t know at the time. He cheated on me, I know he did. I can’t forgive but I just want him to be alive.”

She praised the show’s team for their after-care efforts, telling the publication: “They were brilliant. They were there when he needed help. They were really persistent in offering him help.”