Kim Kardashian is breaking out her best winter outerwear a bit early this season.

New York City is experiencing a warm start to autumn this year, but you wouldn’t know it from recent pictures of the reality star and business mogul out and about in Midtown. Here she is on her way to rehearsals for her Saturday Night Live hosting gig this weekend in an oversized mahogany puffer coat by Balenciaga, a muted-purple Yeezy Gap hoodie (designed by her estranged husband, Kanye West), hot-pink stiletto boots, and a pair of black leather gloves: 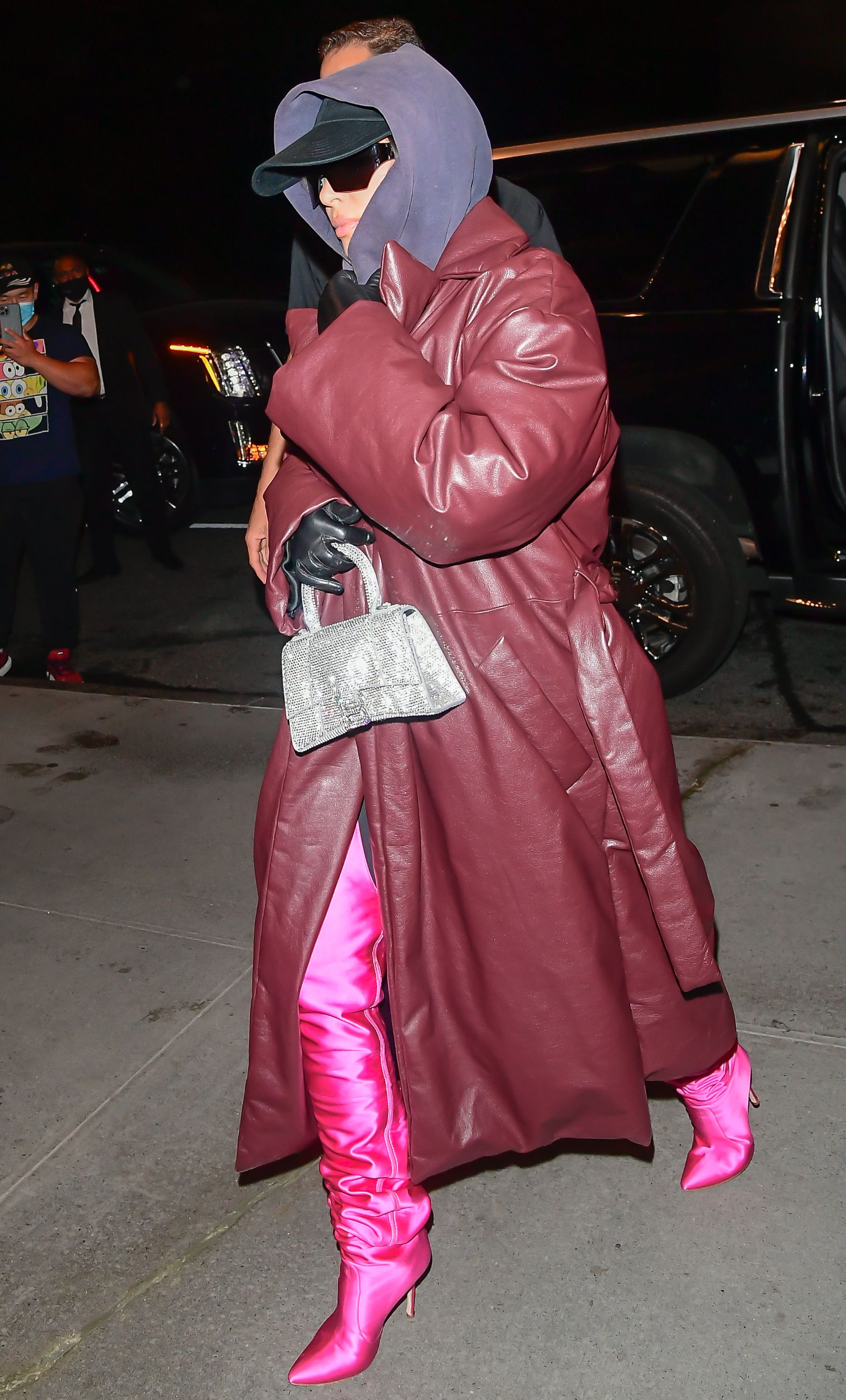 And here she is earlier in the day in a hot-pink velvet Balenciaga blazer and coordinating gloves. 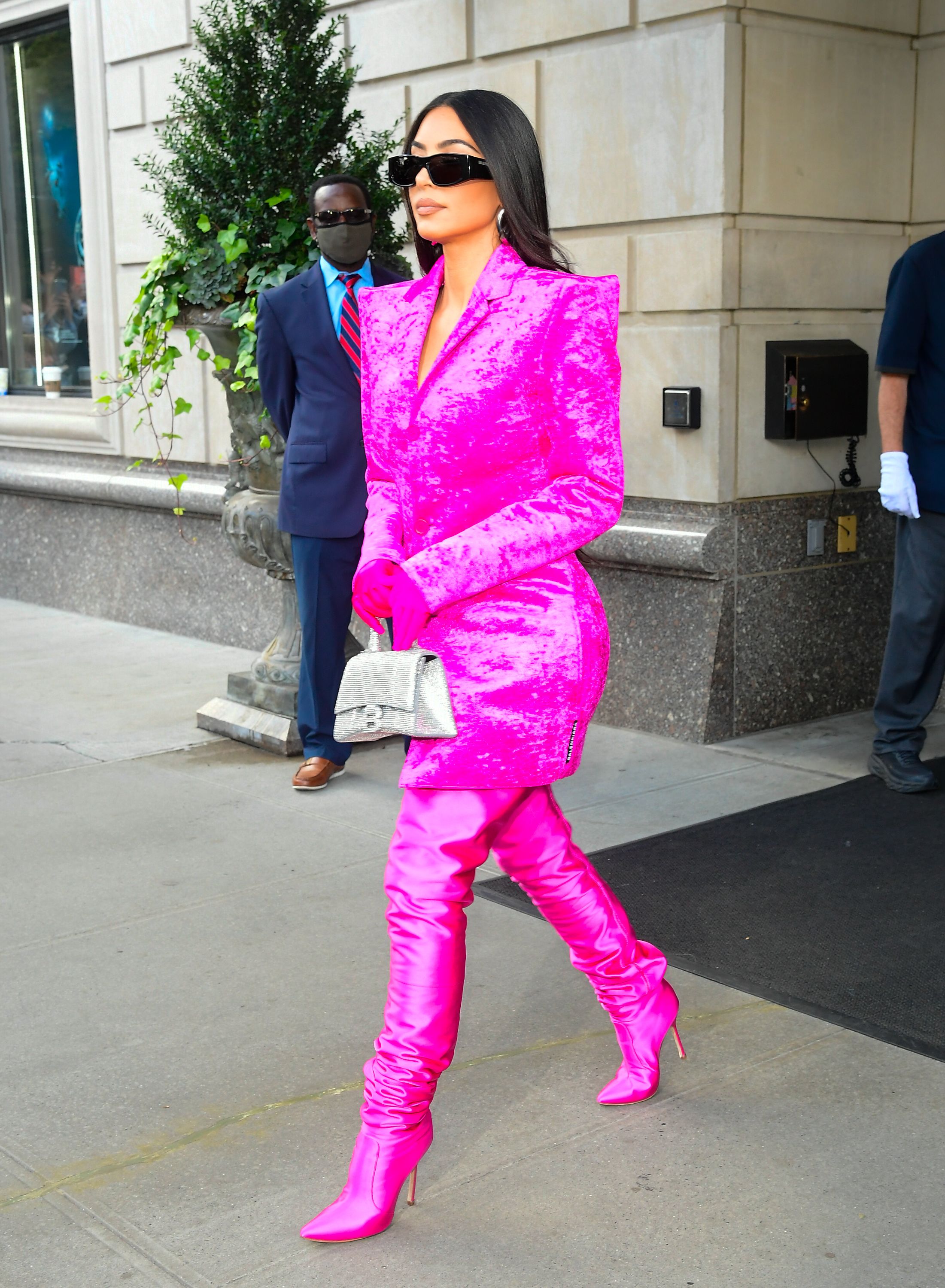 On Wednesday, the Keeping Up with the Kardashians star wore a monochromatic look that included a black Balenciaga puffer vest, leather trousers, a matching turtleneck, and, again, a leather baseball cap. 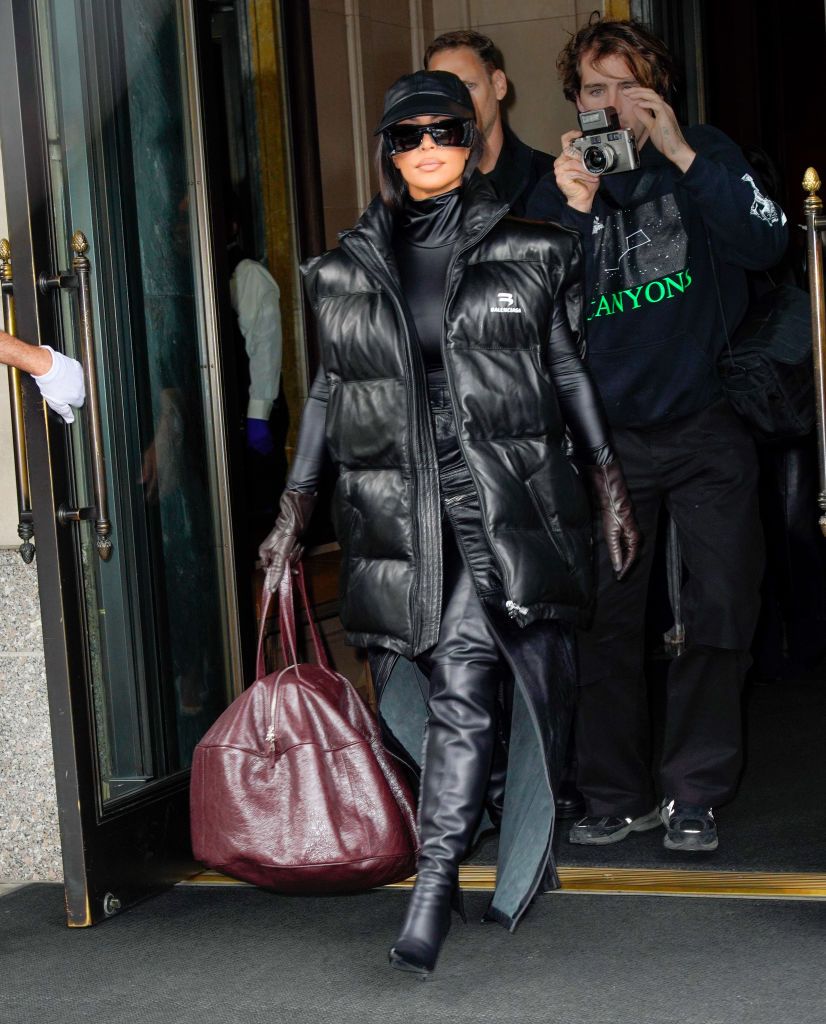 But it doesn’t stop there. On Tuesday, Kardashian opted for her most over-the-top look of the week, wearing a massive metallic tinsel-embellished coat (by, you guessed it, Balenciaga) worn over a black wrap top, also designed by the brand. 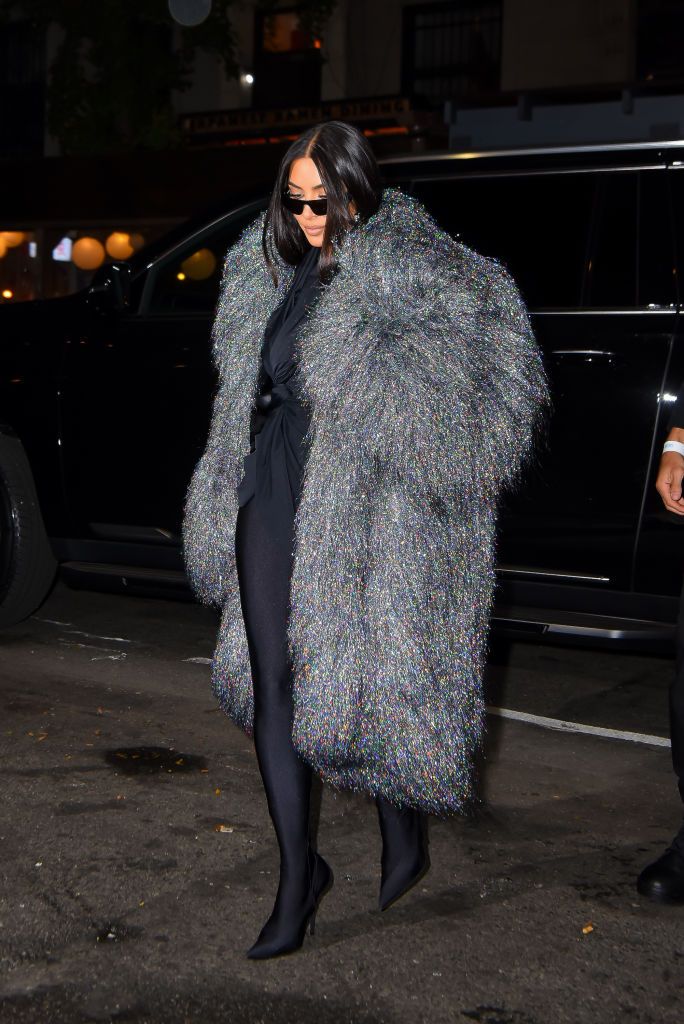 Of course, when you’re chauffeured around via air-conditioned private car, you can have a little more freedom with your outfits. But as someone whose makeup begins to melt on the 30-second walk from an Uber to my second-floor walk-up apartment, I don’t know how Kardashian hasn’t suffered a heatstroke yet. Weather aside, fans have speculated that Kardashian’s recent style choices may symbolize a healing (creative) relationship with West, from whom she filed for divorce back in February.

Though it’s unconfirmed if West is back to styling his estranged wife (who appeared at his final listening event for Donda in Chicago in August), according to People, the megastar rapper and Yeezy designer “has been chatting” with Kardashian and helping her prepare for her upcoming stint on Saturday Night Live.

“He’s giving her advice,” a source told the outlet. “She feels a lot of pressure. She wants to wow the audience.”