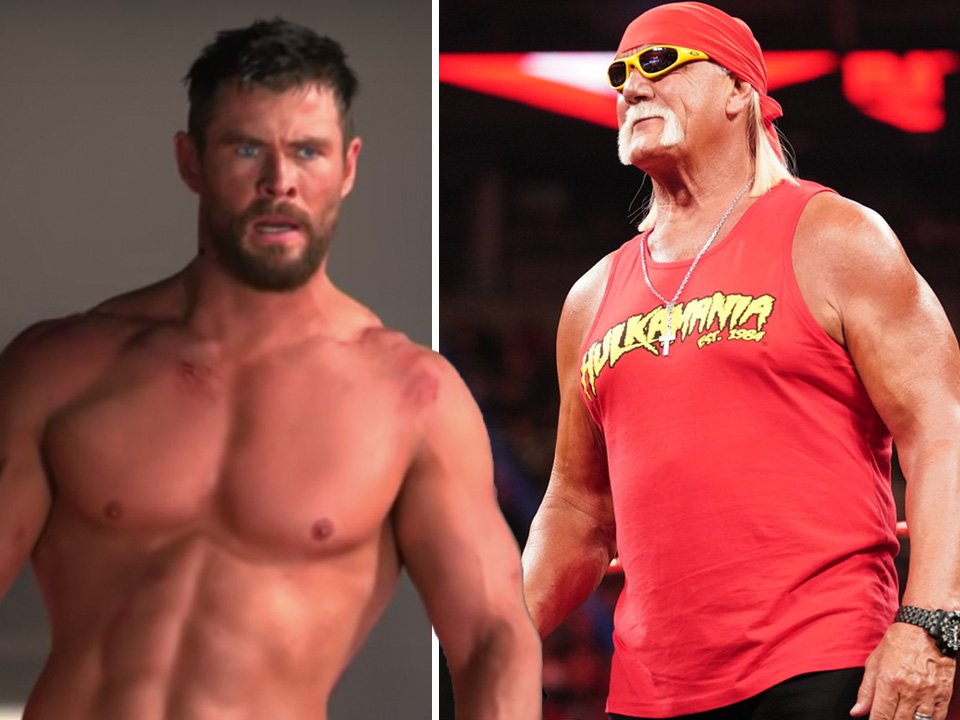 The writer behind the upcoming Hulk Hogan biopic is hoping things can get off the ground soon.

John Pollono – who teamed up with Scott Silver to pen the script for the highly anticipated film about the WWE Hall Famer – has opened up on Chris Hemsworth’s potential as the wrestling star, and the state of the project as a whole.

He told Screen Rant: ‘I’m really excited to see the movie and hopefully – I don’t know how Covid-friendly that movie would be to shoot ’cause they got like 30,000 people in the crowds in some of these scenes, so hope eventually they get to make it.

While admitting there is a lot of secrecy around the movie, he praised Hemsworth as a performer and revealed his pride in the script itself.

‘Look man, I don’t know what I’m allowed to say about that. They send people that script and they have to read it in two hours, it’s like top secret, so I’m not gonna be the guy who gets fired on it,’ he teased.

‘But I’ll tell you, I’m really proud of the work, it’s great.

‘Coming from theatre, I like to write for actors, and Scott Silver, who co-wrote that with me who was like a mentor early in my career, some of my favourite scripts were written by him, so it’s like a joy to work with.

‘But I love writing for great actors, I think Chris Hemsworth, like these guys, he’s awesome. You can make him funny and tragic and all that stuff.’

Hogan – whose real name is Terry Bollea – and close friend Eric Bischoff are both set to serve as executive producers, and the Hulkster recently revealed he was impressed with Hemsworth’s physique while he was spotted filming Thor: Love and Thunder.

Reposting the actor’s black and white photo, he gushed: ‘My brother has that Hogan Pump on Jack, looks like he could slam Andre brother (sic)’

And late last year, Hogan shared a side-by-side bicep comparison shot of the two of them, and added: ‘He’s already there! He’s ready BROTHER!!! But is he good looking enough to play me lol,lol,lol. (sic)’