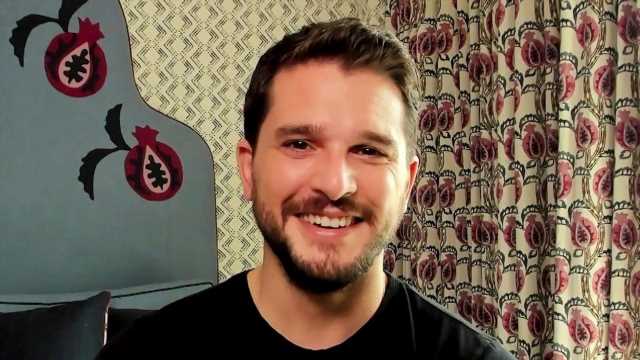 Kit Harington and Rose Leslie have been parents for less than six months now and already the 34-year-old actor says he’s a changed man.

“It has definitely softened a part of me,” Harington admitted to ET’s Rachel Smith. “It has also taught me to look outwards a bit. I think all actors have a tendency of being egocentric and being self-obsessed, because our art and work is a projection and part of ourselves. Having a kid changes that somewhat. At the end of the day you are like, ‘I have this child to get back to.'”

The new dad added that he now puts “more pressure on myself as a new father but less as an actor.”

Harington and Leslie first met on the set of Game of Thrones and were married in 2018. “My God, we said the other day it was 10 years ago now [we met],” Harington reflected on first meeting his wife. “I think that there is something about meeting someone in your early 20s when you just know it’s right that’s absolutely terrifying. You go, ‘Oh God, what are we gonna do now? We met each other so young.’ Then you run away from each other for a while because you are like, ‘Surely we couldn’t have figured it out this young?’ I just remember that feeling of, ‘I am in trouble now.'” 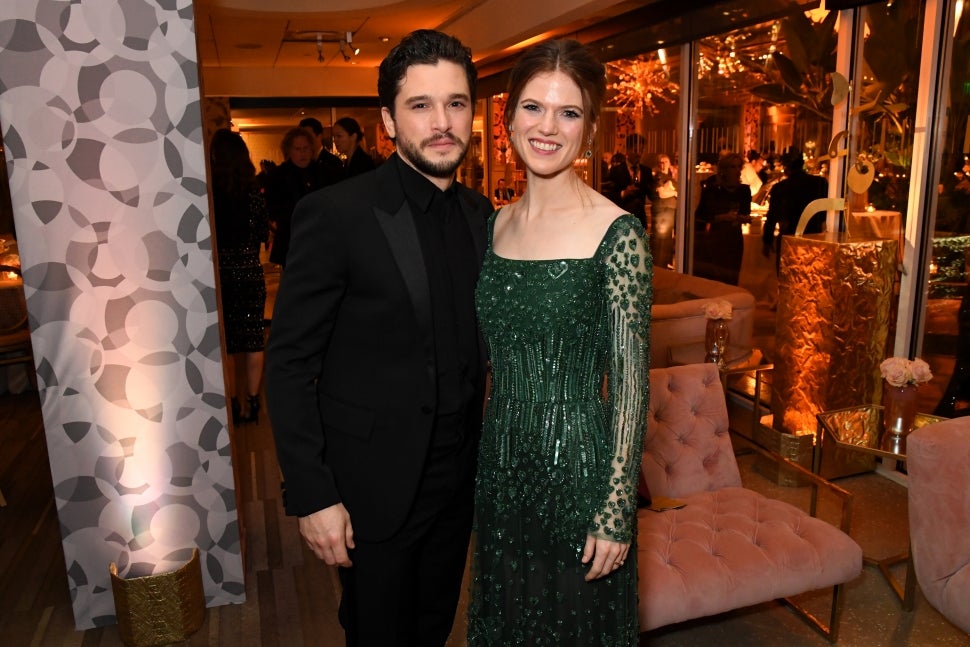 In season 2 of Amazon’s Modern Love, the actor gets to show his more romantic side as he portrays Michael, who has a meet-cute with Paula, played by Lucy Boynton.

“This is a nice chance to do something softer and sweeter,” Harington expressed. “[Filming] happened at a time when my wife just found out she was pregnant and it just really appealed to my romantic side. For those reasons, I went off and did a sappy romcom — but it’s intelligent as well.”

He added of the role, “This gave me an opportunity to sort of step into a more past self where I would meet a girl on a train and have a chat and flirt. It is one of those great things to do as an actor. You get to pretend you are something that you are not. I am a romantic person. I always have been.”

In fact, in Modern Love, there’s even a Game of Thrones reference! Harington said he’s “come to terms” with knowing that he’ll often be referred to as Jon Snow and that it now makes him “proud.”

“There was a part of me that fought against that for some time,” he confided. “But in the process since [the series ended, it] has been about being proud of the job we did, being proud of that show, proud of the character I created and owning it. [And] knowing whenever it comes up in an interview, it is a good thing.”