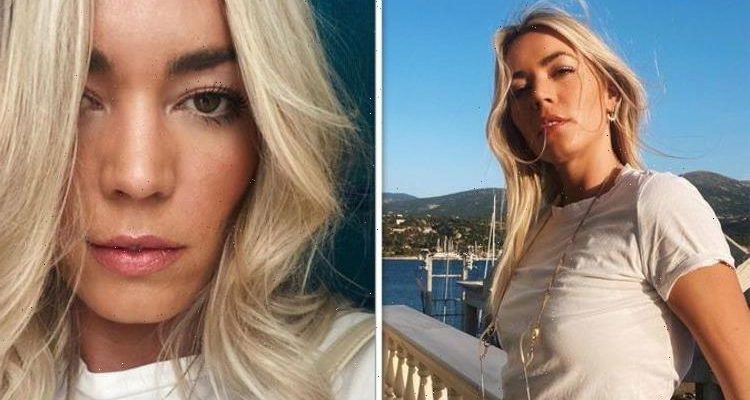 Danni Menzies, 32, is best known for her glamorous appearances on A Place In The Sun. However, back when she was studying at Loughborough University, she faced a difficult time with her mental health. While she was studying, the presenter was involved in an accident with a bucking bronco that left her with painful injuries. She also lost her childhood sweetheart, who died following an undiagnosed heart condition.

The difficult period in her life made her become reclusive, as she left university for a period of time to return to her parents’ estate in Perthshire, Scotland.

Speaking on learning of her ex’s death, she shared: “I got a call off my cousin saying a chap who I probably fell in love with when I was 11-years-old, and we were sort of on and off throughout our whole teenage years…but I got a call from my cousin saying that he had died.

“He just didn’t wake up one day. He had a heart problem that nobody had known about. So I went home for that funeral, “ she added, while speaking on the Headstrong podcast.

After that experience combined with her injuries from the bucking bronco accident, the bubbly TV star became depressed and no longer wanted to socialise with the outside world.

“I would only see people when they came into my house,” she admitted.

To try and get her life back on track, the presenter tried a number of different coping methods including NLP therapy.

She previously explained to The Scottish Sun: “It was a long process to get over but eventually I tried NLP therapy which really helped me. When I did that I felt like I came out the other side of things.”

The former model believes it’s important for people in the public eye to discuss subjects like anxiety and depression with honesty.

She said: “The power of social media is amazing, there’s a lot of celebrities speaking about it so it’s a bit more talked about now and that’s actually a positive thing.”

Animal lover Danni, who became involved in a family development business from an early age and helped build her own stables, always knew she wanted to be on TV.

Before landing her current telly gig, she spent time rescuing neglected horses from Hungary and nursing them back to health.

She said: “My auntie really planted the seed, she always said to me, you’ll be great on the telly, you’ll be a great presenter.

“I spent years trying to get a regular gig in this industry, luck and timing came into it quite a lot.”

The star is believed to be single at the moment and has been living it up while filming in Spain for A Place In The Sun.

She recently joined her fellow presenter Jean Johansson for a raucous night out, as they rarely have time to catch up while filming.

The pair looked sun-kissed in a snap that Jean, 39, shared on Instagram.

Jean, from Glasgow, wrote: “It’s so rare to belly laugh, shout and scream.

“Thank you so much for a fab wee night out.”(sic)

Danni replied to the post, writing: “Def need you more in my life!”(sic)