Couples who match together, stay together!

In the photos, Styles and Wilde seemed to be enjoying their outing, smiling as they walked with their arms around each other during a post-lunch stroll. A few fans couldn’t help but point out Styles’ new mustache, with some comparing it to the facial hair Wilde’s ex, Jason Sudeikis, sports in his Apple TV+ show, Ted Lasso. 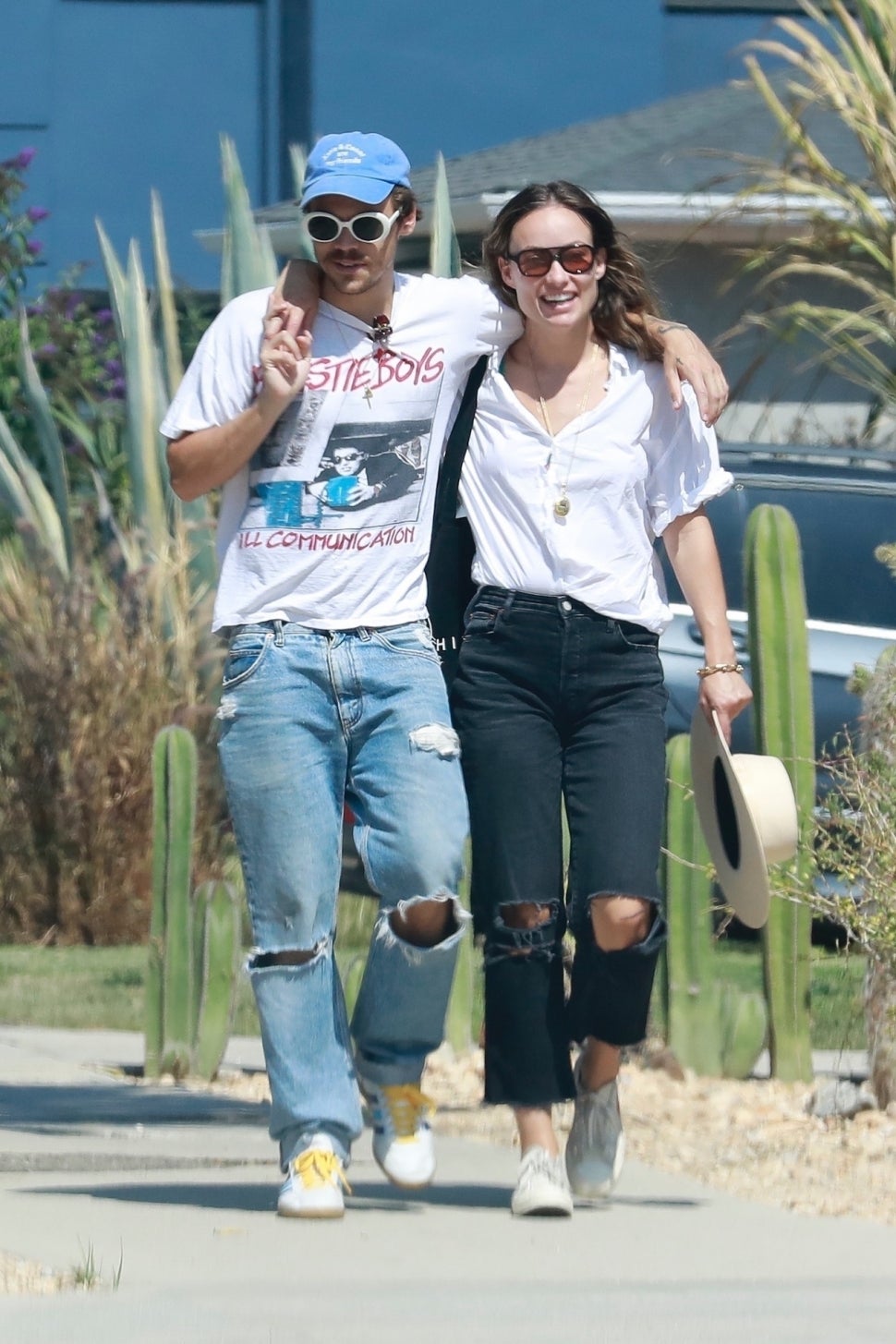 Sudeikis recently got candid about his split from Wilde in a cover story for GQ magazine. The 45-year-old actor told the outlet that he’ll “have a better understanding of why they broke up “in a year.”

“And an even better one in two, and an even greater one in five, and it’ll go from being, you know, a book of my life to becoming a chapter to a paragraph to a line to a word to a doodle,” he explained. “That’s an experience that you either learn from or make excuses about. You take some responsibility for it, hold yourself accountable for what you do, but then also endeavor to learn something beyond the obvious from it.”

Sudeikis, who shares two kids — Otis, 7, and Daisy, 4 — with Wilde, also opened up about how bouncing back from a difficult experience has already taught him a few things.

“I think if you have the opportunity to hit a rock bottom, however you define that, you can become 412 bones or you can land like an Avenger,” he said. “I personally have chosen to land like an Avenger. It doesn’t mean when you blast back up you’re not going to run into a bunch of s**t and have to, you know, fight things to get back to the heights that you were at, but I’d take that over 412 bones anytime.”

Hear more in the video below.