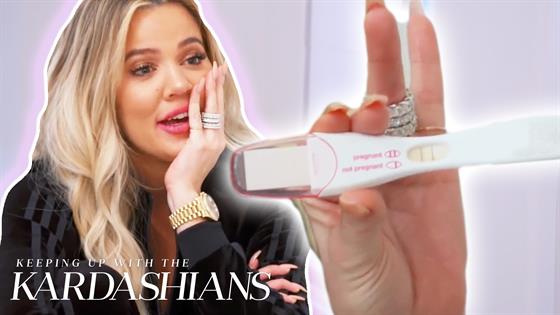 It’s family first for the Kardashian-Jenners.

Over 16 seasons of Keeping Up With the Kardashians, Kris Jenner‘s brood has documented several family-oriented milestones for the cameras. And, with it being Mother’s Day on Sunday, we felt it was only right to relive their best motherly moments.

For example, during season 14, Khloe had the KUWTK cameras rolling when she learned she was pregnant with True Thompson.

“I’m pregnant,” an elated Khloe gushed at the time. “I’m super nervous, but really excited. There’s a million different emotions that are going on in my brain, but I think I’m in a state of shock. I almost can’t believe it—but in good shock.”

And we can’t forget to mention the time that Kylie Jenner revealed to Khloe that the Revenge Body host was having a little girl. While Kardashian was shocked by the news, she had veteran mom Kim Kardashian by her side to get her hyped.

Speaking of Kylie, she also turned to the moms of the family for advice as she found herself struggling to embrace her post-baby body. During a Calvin Klein photo shoot, the lip kit mogul lamented about how her figure was “different” after birthing daughter Stormi Webster.

Thankfully, her sisters were there to assure her that she looked “great” and “f–king crazy.” That’s what family is for, right?

For more Kardashian motherly moments, including footage of Kim’s “miracle” pregnancy, be sure to take a look at the nostalgic video above! Oh, and don’t forget to wish the maternal figures in your life a “Happy Mother’s Day” on Sunday, May 12.

Watch a brand new episode of Keeping Up With the Kardashians Sunday at 9 p.m., only on E!