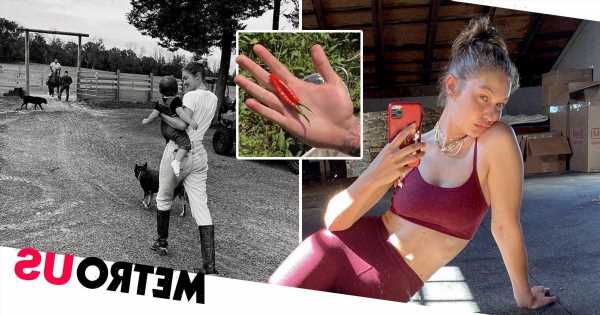 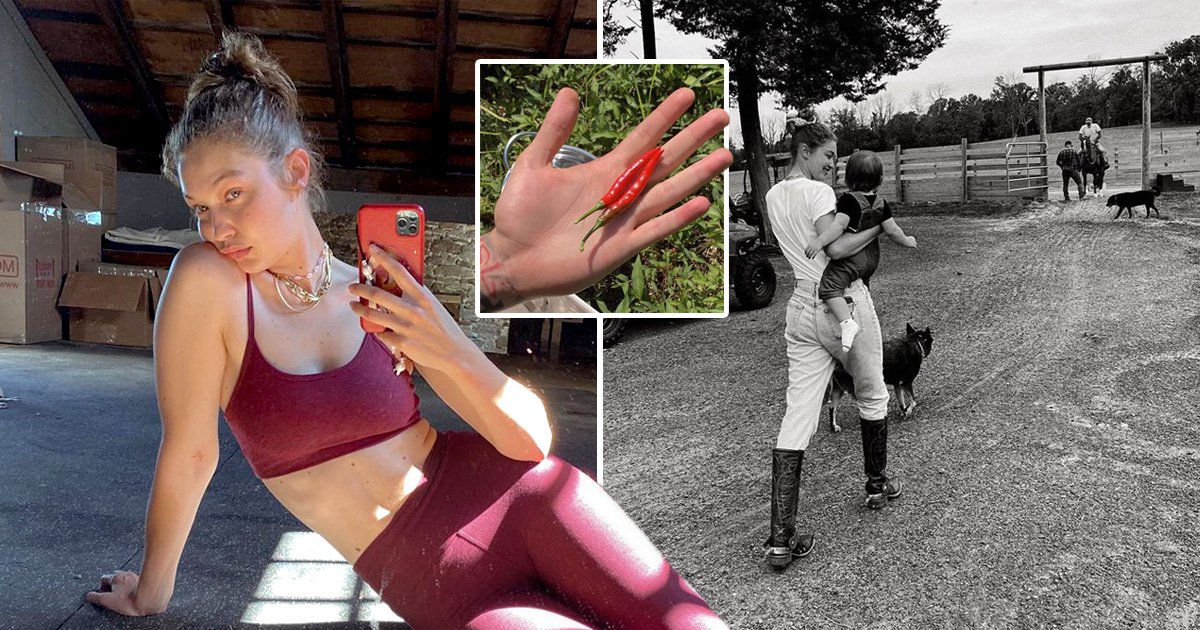 Gigi Hadid and Zayn Malik have been exposing their baby daughter Khai to the wonder of nature on the Hadid family farm.

The model, who welcomed her daughter with Zayn in September 2020, gave her fans a glimpse into how her family had been spending the summer in Pennsylvania.

In a series of pictures she titled ‘Bit of August’, Gigi shared a glimpse of her idyllic, cottage core life with her family.

The couple also marked Khai turning 11 months old with a sweet black and white photo of her playing with her toys.

On the floor in front of her was a set of building blocks that spelled out ’11 months’ with her striped dress just visible in the picture.

Another picture showed Gigi, wearing a white T-shirt, jeans and boots, holding her daughter in her arms as she walked towards a field to show her the horses.

She also shared a picture of Zayn’s arms as the One Direction star held out some red chillis he had just picked.

One photo showed off some of the flowers on the farm as Gigi took a picture of some pink blooms on the property. Or maybe the real aim was to get her comfy white Crocs in the shot? Either way we approve.

The fashion star spent some time relaxing in a pool and still managed to make it look like a glam photoshoot, sporting a nude swimsuit with a gold necklace and her wet hair slicked back.

She also went into model mode to take a quick selfie in what appeared to be an outbuilding on the farm.

Wearing a crop top and leggings in a matching shade of red, Gigi lay down on her side in front of a mirror to get the perfect shot with the sun coming in through the window.

Khai’s face was not shown in her carousel of photos as the couple don’t want to reveal what she looks like.

Gigi previously pleaded with fans to let her daughter live as normal a life as possible as she grows up.

‘Our wish is that she can choose how to share herself with the world when she comes of age, and that she can live as normal of a childhood as possible, without worrying about a public image that she has not chosen,’ she said on Instagram.

‘For a child, I can imagine that close or dramatic paparazzi frenzies must be overwhelming and disorienting… it still is as an adult that understands and deals with it often.

‘I appreciate you taking the time to read this and hope you can understand where I’m coming from.’