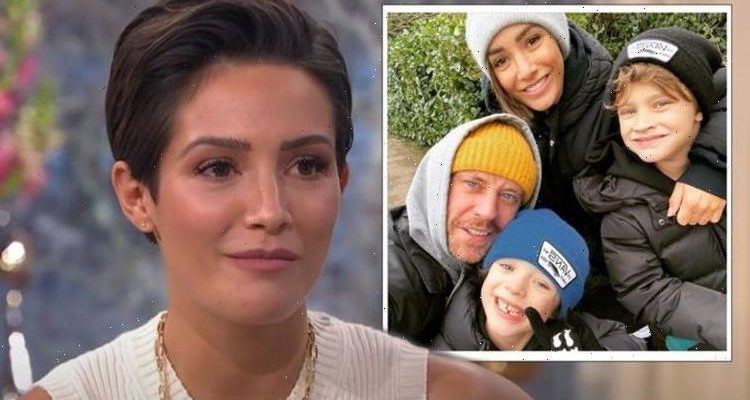 Singer Frankie Bridge is no stranger to being open with her followers and television audiences, often discussing her life on Loose Women. Now, the star has bravely opened up about believing she had killed her firstborn.

I became convinced I had killed my child.

Frankie, 32, has revealed that following medical advice, she had taken son Parker, now seven, to receive his chickenpox vaccination before he had turned one.

However, the former The Saturdays superstar explained that following the horrific ordeal, she was left ruined with guilt following conflicted advice.

The mum-of-two claims that she felt guilt before having a breakdown, believing she had killed Parker before he experienced life.

Putting pen to paper in her new book, Grow: Motherhood, Mental Health & Me, the singer reflected on the turbulent time in her life.

The star who found fame as a member of S Club Juniors wrote: “The guilt and fear I had felt throughout the day spiralled.

“And it resulted in a complete meltdown.”

Frankie continued: “My paranoia kicked into overdrive too and I became convinced I had killed my child before he’d even really got the chance to live.”

While Frankie felt a huge amount of guilt, for giving Parker the vaccination before his first birthday, it meant that it would not be effective, rather than causing harm to the youngster.

Frankie, who also shares Carter, six, with husband Wayne Bridge, explained that she felt as though she was a “failure”, adding that she believed she was “a waste of space, bound to let my kids down.”

The singer turned presenter and author went on to share the emotions she experienced during pregnancy, admitting she felt shame.

She went on to write: “On one hand I felt immense pride in the fact that my body was growing another human.”

However, with her pregnancy being documented during the height of her fame in The Saturdays, pictures of Frankie were splashed across the media on a daily basis.

The singer penned: “On the other hand I also carried the immense weight of underlying shame. I was so ashamed and if I’m honest, shocked that I wasn’t a gorgeous, glowing, neat and tidy pregnant woman.

“My bum was bigger than my bump most of the time.”

During her first pregnancy, Frankie gained four stone, something she admits she felt “shame” for.

In a new interview, Frankie revealed that having children kickstarted her into helping her mental health.

She told The Independent: “Having children was the reason I decided to get on top of my mental health because I knew I needed to be in a good place for my future children.”

Frankie went on to admit that throughout her pregnancy, she remained on antidepressants and had therapy as she was worried about postnatal depression.

However, she hinted that the physical changes in her body were the most difficult to comprehend due to her career.

“The change in my body and losing control of what my body was doing was really difficult. Being in a girl band and having always looked a certain way and that suddenly changing, and not being able to control it was really hard,” she said.