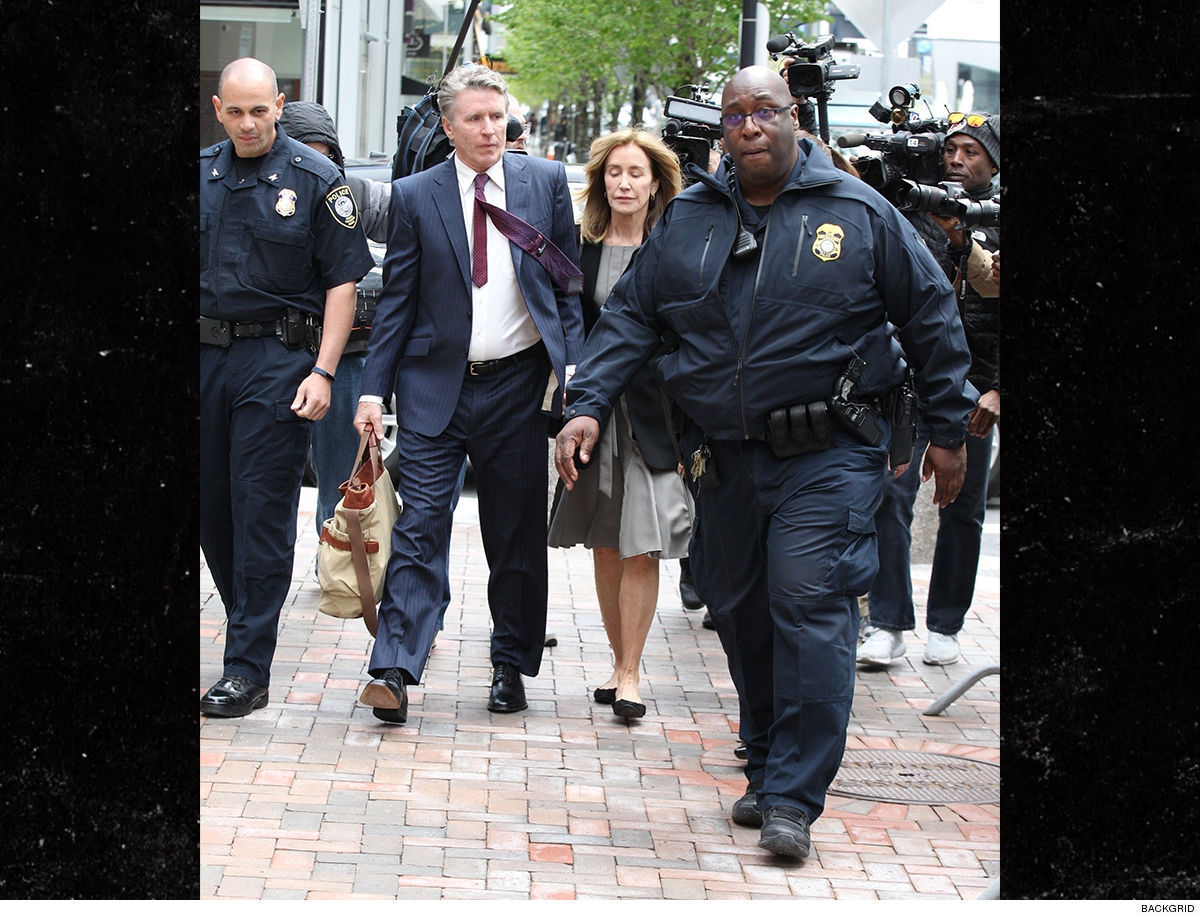 Felicity Huffman just walked into a Boston courtroom to make it official — she’s pleading guilty Monday for her role in the college admissions scandal.

The actress arrived at the Boston courthouse with her brother Moore.  No sign of Felicity’s husband, William H. Macy … at least not yet.

The ex “Desperate Housewives” star is one of 13 people who’ve agreed to plead guilty in the case. Although she’ll make her plea official today before the judge … we’re told it could still be another 12-14 weeks until she’s sentenced.

As for those consequences … prosecutors want her to do 4 to 10 months in a federal prison, but Huffman wants to argue it should be 0 to 6 months. Ultimately, the judge will decide, and could also slap her with fines and restitution.

Huffman was charged with conspiracy to commit mail fraud as well as honest services mail fraud. She paid Rick Singer $15,000 to rig her daughter’s SAT test, and her girl had twice the amount of time as normal to take the exam and her answers were corrected afterward.

Felicity released a statement saying she was ashamed of the pain she caused her daughter and her family, adding … “I am in full acceptance of my guilt, and with deep regret and shame over what I have done, I accept full responsibility for my actions and will accept the consequences that stem from those actions.”