Louise Mitchell (played by Tilly Keeper) and Keanu Taylor (Danny Walters) have been growing closer ever since she was caught up in her father Phil Mitchell’s (Steve McFadden) dodgy dealings.

Phil paid the young mechanic to keep an eye on Louise after his involvement with gangster Danny (Paul Usher) took a sinister turn on the BBC soap.

Following Louise’s kidnapping ordeal, Keanu realised he did have true feelings for the Mitchell teenager and the pair decided to give their relationship a chance.

However, Louise still has no idea her boyfriend had a secret affair with her step-mother, Sharon Mitchell (Letitia Dean) last year.

In upcoming episodes viewers will see Louise make a shocking discovery after deciding to sleep with the young mechanic.

The teenager was given the implant to prevent her from falling pregnant but next week she realises the contraception has failed and she confides in Bex Fowler (Jasmine Armfield) who encourages her to speak to Keanu.

When Louise plucks up the courage to tell Keanu she rushes off to Sharon after dropping the bombshell, forcing him to turn to his mother Karen Taylor (Lorraine Stanley).

Keanu realises he needs to prepare for fatherhood and tries to get hold of Louise to reassure her he’s ready to be a father and he’ll support her.

As Louise spends time with Sharon, it is unclear exactly what they’re discussing but if Keanu found out they were talking he would surely be nervous considering his affair with the Walford icon.

When the mum-to-be finally decides to talk to Keanu to discuss their future, she is stopped in her tracks by another huge bombshell which leaves her confused as to what to do next. 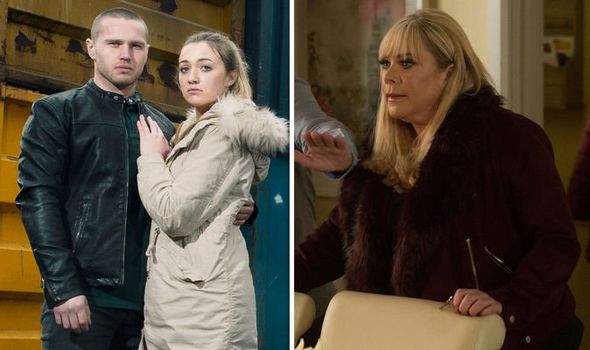 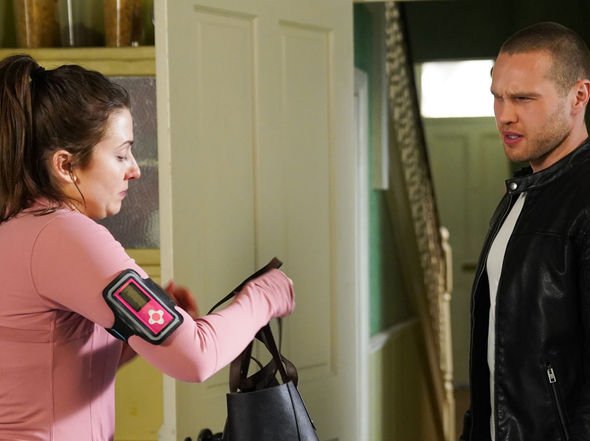 Instead of confiding in her boyfriend, Louise runs to Bex to tell her the shocking discovery and Keanu is left frustrated by her distant behaviour.

Desperate for an explanation, Keanu turns to Bex but he’s floored by the news and reacts badly to what Louise’s closest friend has to say.

Has Louise finally discovered the truth about her step-mother and boyfriend and will she tell her father the shocking news if she has?

Elsewhere in EastEnders, Sean Slater (Rob Kazinsky) could already be lined up for another dramatic comeback.

Sean’s return to the Square was always intended to be short-lived but actor Rob has hinted at a potential second return in the future. 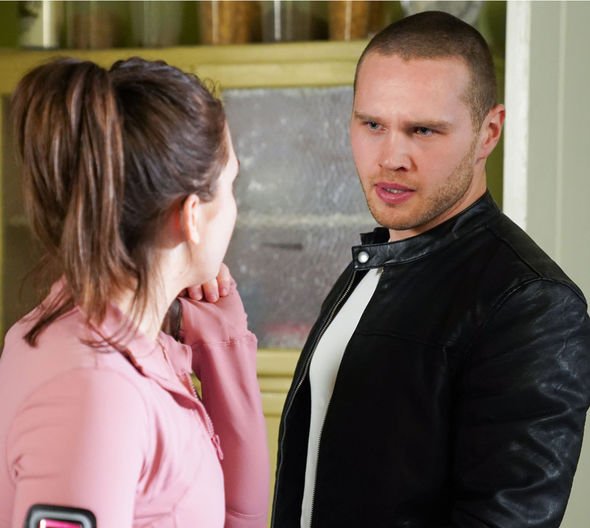 The Slater runaway returned to the Square last week after discovering his mother has been diagnosed with ovarian cancer.

Rob admitted: “I don’t know. I thought I’d never come back, yet here I am and I’ve enjoyed every single second.

“I’m not sure what more there would be for Sean, but as long as Stacey and the Slaters are there, there’s always a reason for him to return.

“But you don’t know what’s going to happen in the future. Never say never…”