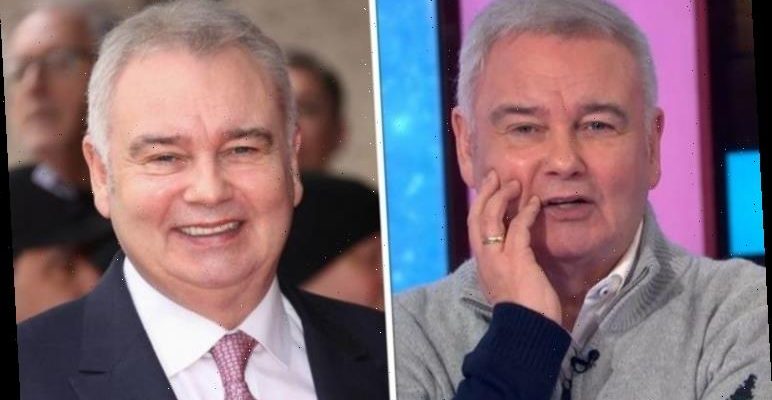 This Morning: Caller tells Eamonn Holmes to ‘not be so miserable’

Eamonn Holmes, 61, is best known for presenting on This Morning alongside his wife Ruth Langsford, opened up about some embarrassing typos he  sent people recentl his social media.

Posting on Twitter to his one million followers, the host opened about an autocorrect issue.

He wrote last night: “I don’t know how these things are programmed but…

“My spellchecker has a most unsavoury habit of changing the word Lockdown to LICKDOWN.

“If I send you a LICK instead of a LOCK please forgive.” 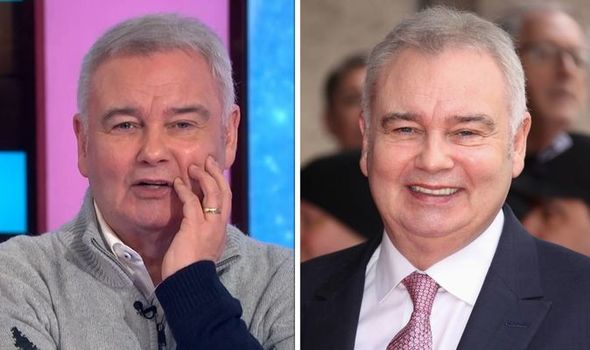 The presenter then went on to muse about why the mistake even happened.

He added in another tweet: “Why would spellchecker even suggest or predict LICKDOWN instead of Lockdown… as presumably there is no such word?

“I stand ready to be corrected. Of course we use the term ‘I licked him/her’ in the sense of winning… well I always presumed it was in that sense.”

Some of his fans attempted to help him out but it seems Eamonn was no closer to working out what happened. 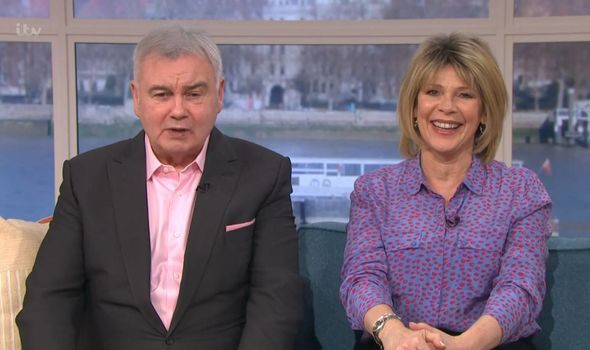 In response to one fan saying it was a great tweet, he replied: “Just looking for answers…”

To another, Eamonn lamented the mistake could be embarrassing adding: “Especially in the wrong hands.”

He also jokingly entitled the gaffe “#Lickgate” to one of his followers.

The presenter has been active on social media recently, speaking about his thoughts on the ongoing national lockdown. 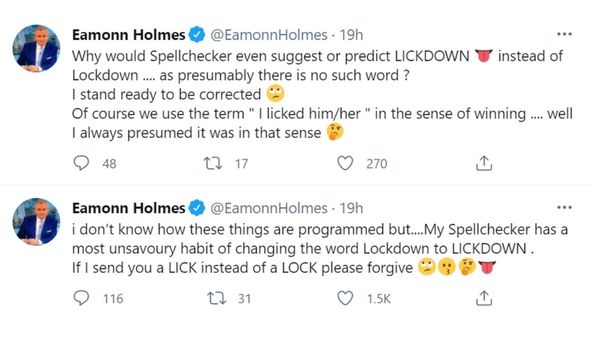 On February 19, he tweeted: “Friday nights aren’t meant to be as dull as this.

“I was pretty sociable before the pandemic but when all this ends, I’m going to be sociable x 5 – at least.

“I want to chill with old friends & meet new ones… I want to laugh about nonsense & talk rubbish. Your house or mine?”

He also shared an image of him out in the sun on a dog walk with his followers last Saturday.

Alongside the image, he wrote: “Me, my dog and the ducks…

“The best thing about today was seeing blue skies and feeling the sun. Hope you got some rays too.” 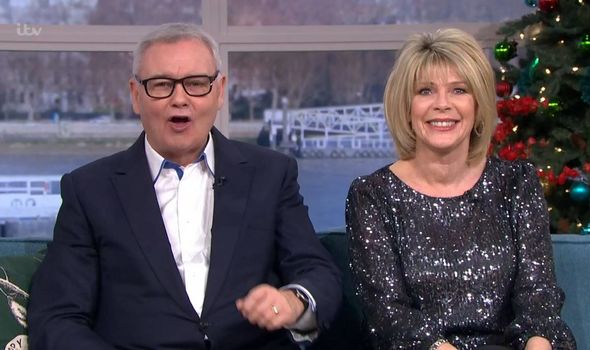 Fans were pleased to see Eamonn return to presenting This Morning with his wife Ruth recently.

The pair had not appeared in front of the camera in their usual Friday morning slot since last year.

This came after they were replaced by presenters Alison Hammond and Dermot O’Leary at the beginning of 2021.

However, they were back last week in their usual seats, much to the delight of fans.