On Friday, DJ Khaled released the visuals for Higher, an inspiring collaboration between the late rapper and R&B singer John Legend. The single is featured on the DJ’s long-teased album Father Of Asahd, which dropped just after midnight.

In the posthumous video, Nipsey sports an all-blue ensemble while reminiscing about his grandmother and the memories he’s created with his family while walking around an El Lay neighborhood. The Victory Lap rapper also name drops longtime girlfriend Lauren London at one point, using her pet name “Boog.”

Throughout the course of the video, Legend can be seen crooning the chorus while playing the piano in the middle of a street.

WATCH the full video (below):

Khaled shared the story behind the vid’s release on social media, explaining that the song’s proceeds will go to Hussle’s children, Kross and Emani Asghedom.

“A gift from my brother Nipsey that we want to share with the world. We miss you and we will forever keep your legacy going.  The Marathon Continues. ?? God Bless You. ??”

The No Brainer artist also confirmed that the three minute and thirty second clip would be the last release from Nipsey.

Read Khaled’s touching post to fans in full (below):

“Recently, I embarked on a soul-searching journey down a road I never thought I would travel in a million years. It began when a tragedy robbed the world of an enlightened soul, a brother, a father, a partner and my friend Nipsey Hussle. Just days prior he shared his energy and positivity with me on a video set for a song called, ‘Higher.’ After much prayer and reflection; and with the full blessing of the Asghedom family, I am sharing that with the world.The very title of the song reminds us that vibrating on a ‘Higher’ level was the essence of Nipsey’s soul. It is in this spirit, of moving forward, of preserving his mission that I, my co-writers, producers and label partners are donating 100% of all of our proceeds from ‘Higher’ to Nipsey’s children, Emani and Kross. The Marathon Continues.” 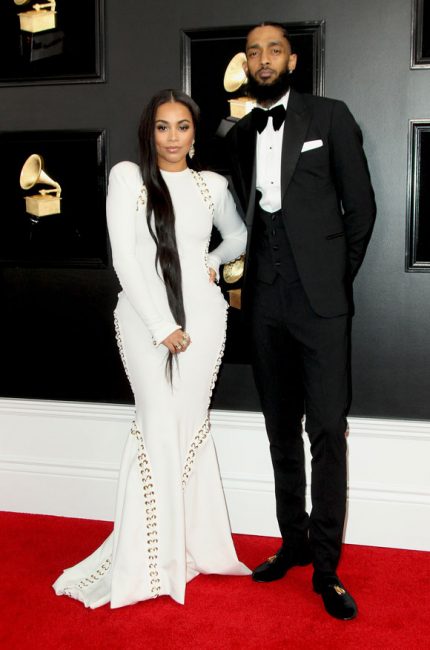 Chrissy Teigen‘s husband also tweeted about the video’s release and what it meant to work with Nipsey one last time before the rapper was fatally gunned down on March 31.

“Proud to be a part of this inspiring record with djkhaled and @nipseyhussle. We lost him too soon. The proceeds will go to his loved ones.”

As for Hussle’s homicide case, primary suspect Eric Holder plead not guilty to murder in court on April 4. The next court hearing in the case has been postponed until June 12. We’ll keep you posted with any updates between then.