Brad Pitt and Angelina Jolie’s divorce feels like it has gone on forever, and they are still locked in an ugly custody battle years after the actual separation was finalized in 2019. The breakup and legal proceedings have also brought some disturbing allegations to light. And if the children really did want to testify against their dad, that would seem to add another important layer to this extremely sad story.

Pitt has been accused of domestic violence and child abuse, though so far no one has shown any evidence of this. In 2016, Pitt was cleared of allegations of child abuse by both the FBI and the Department of Child and Family Services, who found no evidence of abuse after their investigations, per Entertainment Tonight. But in court filings, Jolie has claimed to have documentation proving the domestic violence allegations are true.

But Us Weekly has reported that a source close to Pitt claimed that these allegations are just an attempt to hurt the actor. “The children have been used by Angelina to hurt Brad before and this is more of that behavior. This leaking of documents by her fourth or fifth set of lawyers has been done to hurt Brad,” the source said. 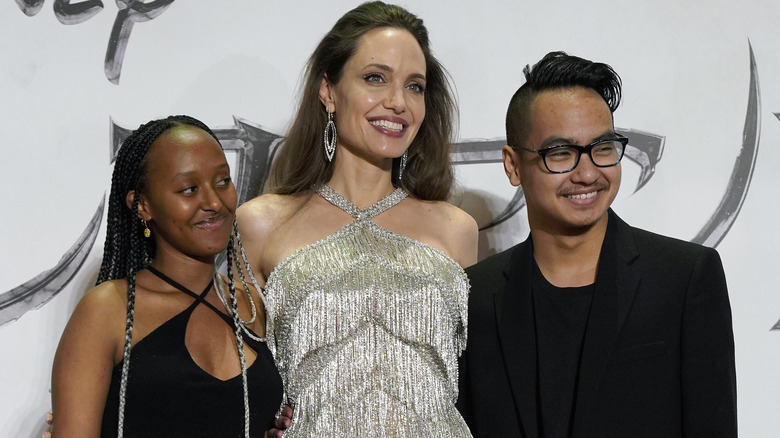 In addition to saying she has documentation to prove the allegations of domestic violence, Angelina Jolie has said in court filings that three of her children have requested to testify against their father, Brad Pitt, in the ongoing custody battle, as Us Weekly reported.

“The children whose custody is at issue are old enough to understand what is going on,” reads a document obtained by the outlet. “The trial is necessarily going to impact them emotionally. Three of the children have asked to testify. To make any of the children endure what may be a futile and void proceeding is beyond unjustified. It is cruel.”

The document doesn’t say which of Jolie and Pitt’s minor children requested to testify, but we do know that Maddox, who is 19 years old and a legal adult, already has. According to Us Weekly, Maddox’s testimony against his father “wasn’t very flattering.”

Even if the three children do end up testifying against Pitt, it’s impossible for anyone on the outside to know if it was at their request until they are old enough to speak for themselves.

If you or someone you know may be the victim of child abuse, please contact the Childhelp National Child Abuse Hotline at 1-800-4-A-Child (1-800-422-4453) or contact their live chat services.