Well, this is just awful.

Jason London, once known as one of the hottest young actors in Hollywood, has been arrested in Mississippi after apparently getting into a drunken car accident that left his vehicle in flames.

According to reports, the actor — best known for his leading role as quarterback Randall “Pink” Floyd in the 1993 classic Dazed and Confused — was found by police in Ocean Springs late Tuesday night still behind the wheel of a 2010 Nissan Maxima that was wedged into a ditch and LITERALLY ON FIRE.

The police report, first obtained by TMZ, says the actor and his passenger were both unharmed, with the unnamed second occupant standing on the side of the road, having abandoned the flaming wreck. Jason, per police, may have been too intoxicated to free himself. Police say he reeked of alcohol, slurred his speech, and could not keep his balance after being pulled from the car.

Not only is it a wonder he didn’t get charged with a full DUI considering all this, it sounds like it’s a small miracle he’s even alive!

Police believe he was swerving all over the road and crashed the car multiple times before it finally came to rest at the bottom of the ditch. London reportedly claimed another car had sideswiped him and run his vehicle off the road. Cops, however, pieced together a different version of events: they say he knocked over a sign and got back on the road before striking a concrete structure and eventually losing control completely.

He was charged with public intoxication and leaving the scene of an accident — presumably the first one since he was found still at the scene of the final crash. Why not driving under the influence? Police told TMZ the officer used his discretion and chose the other appropriate charges only. Seems awfully merciful. We’d wonder if his fame played a factor, but to be honest he’s basically unrecognizable in that mugshot (above, inset).

This is not the first time Jason has had run-ins with the police. Back in 2013, he landed a place in the mugshot hall of fame after a wild assault arrest in which he reportedly — get this — purposely pooped himself in the backseat of a cop car while yelling homophobic slurs at the police officers. 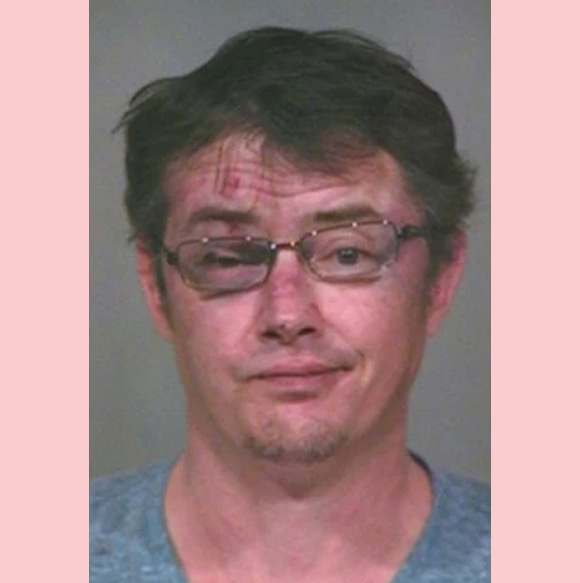 His twin brother Jeremy London, star of Mallrats, also found himself on the wrong side of the law recently. He was arrested in 2018 on charges of domestic violence.