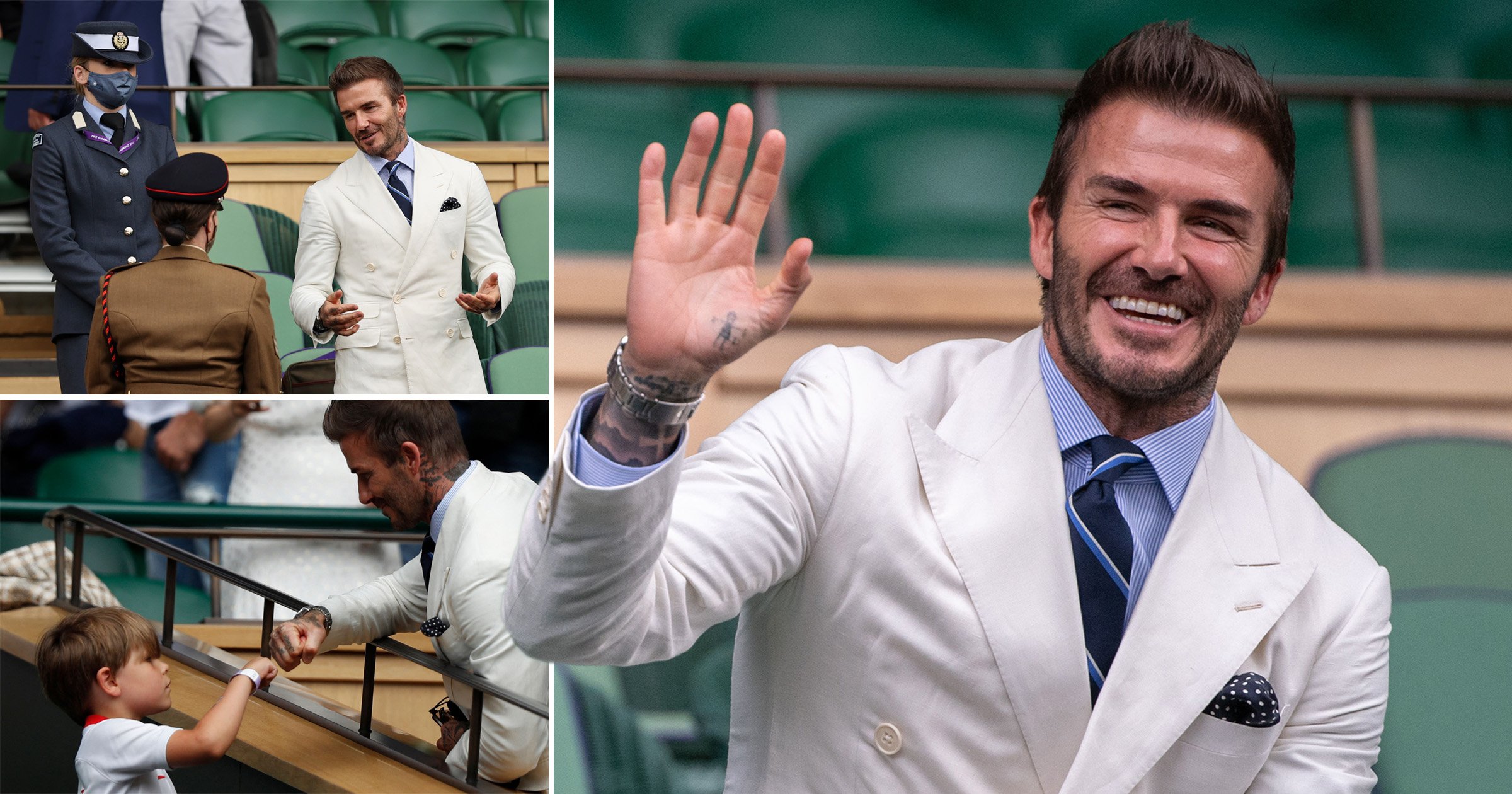 David Beckham was the very definition of dapper as he hit up Wimbledon today, alongside a host of other stars.

The former England footballer was spotted making his way around All England Lawn Tennis and Croquet Club on Friday, to take in day 11 of the tournament.

He donned a light blue shirt for the day, underneath a white blazer and navy trousers.

The dad-of-four clutched his phone as he walked around the area, completing the look with brown suede shoes and dreamy black sunglasses.

David later took his seat in the royal box, clapping on the action on the court – before offering a young child a fistbump.

Not too shabby for a Friday afternoon…

The athlete wasn’t the only famous face making the most of the good weather to watch the tennis.

Fellow England legend Frank Lampard and wife Christine were seen in the crowd, with the Loose Women star pictured enjoying a cocktail as they watched a rally.

Frank clearly got the suit memo, rocking a navy blazer and matching trousers, with a white shirt and black tie – while Christine chose a long-sleeved white dress and nude heels.

The national team booked a team in the final on Sunday against Italy, with the Manchester United star in the crowd at Wembley Stadium.

He was seated beside Alex Scott, with the star spilling the beans on their chat on yesterday’s episode of The One Show.

‘I don’t know, I think I got the wrong ticket,’ she said as co-host Ronan Keating asked about their evening.

‘On that moment they [Denmark] scored the free-kick, I turned to David and I said, “what do you reckon?”

‘And he’s like, “Well personally I would’ve put it more in the corner!”’