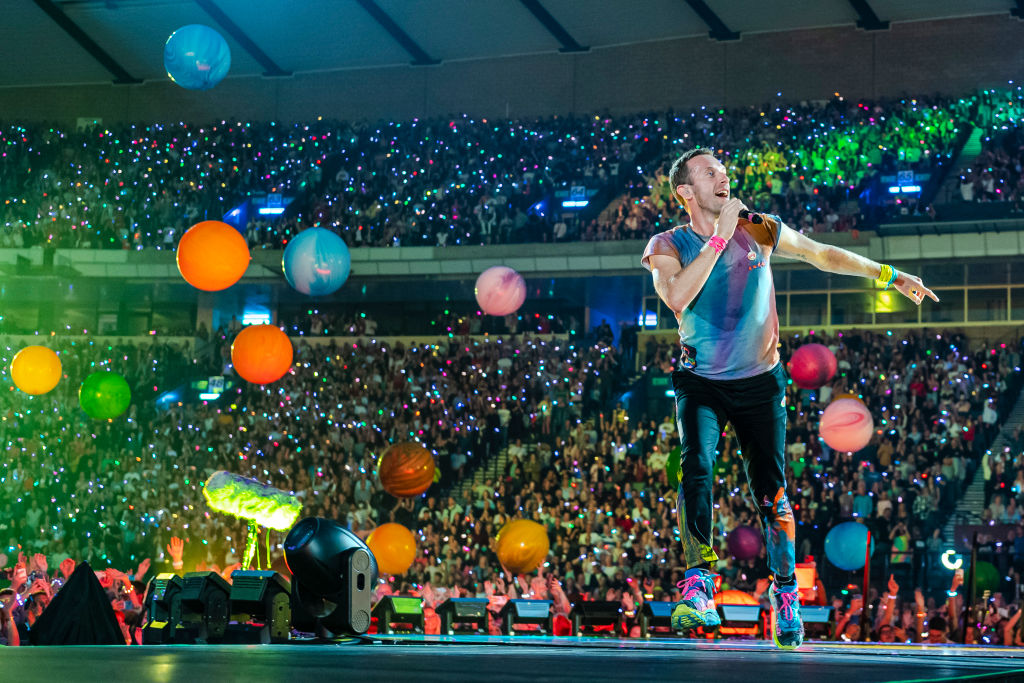 Coldplay were forced to add more dates to their 2023 Music of the Spheres stadium tour due to huge demand as fans clamoured to get to the front of huge online queues to purchase them.

The band added extra dates in Manchester and Cardiff as Ticketmaster told buyers to remain in the queue and not refresh their pages in order to get their turn.

Coldplay’s new UK dates will begin on May 31 2023 with four dates in Manchester, before two nights in Cardiff.

As hundreds of thousands joined the queues, Ticketmaster tweeted: ‘As expected, Coldplay is super popular this morning.

‘To make it as fair as possible, we have put everyone in a queue. Be patient and don’t refresh or you’ll lose your place.’

Some fans were left frustrated after queuing up from the moment tickets went on sale at 10am but ended up getting error messages, leaving them at the back of the queue once more.

They tweeted: ‘I was in the queue at 10am selected my tickets and it just kept saying “something went wrong” for 15 mins no matter which ticket I selected and now I’m back in the queue with nearly 400,000 people ahead of me… I am absolutely gutted.’

Ticketmaster also confirmed that they were doing whatever they could to prevent resellers from buying up the tickets and passing them on at huge mark-ups to genuine fans.