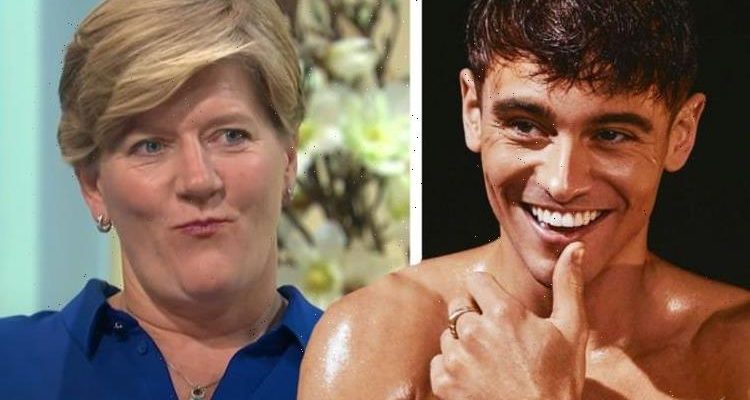 Tom Daley, 27, has his eyes set on his next venture away from the diving board. After the Tokyo Olympics 2021 – which begin on Friday 23rd July – end, he wants to make a splash (pardon the pun) into television, and warned veteran sports reporter Clare Balding to watch out.

In a new interview, the gold medalist admitted he’d love to start making documentaries to explore things he’s passionate about, such as LGBT issues.

“But to be honest, the dream is to take over Clare Balding’s job and present Olympic coverage.”

He added, laughing: “Clare has to watch out!”

The broadcaster, who has been active since 1994, has worked on numerous sporting fixtures including six Olympic Games, five Paralympic Games and five Winter Olympic Games over her successful career.

But before Tom can properly think about his career presenting in front of the camera, his mind is focused on winning gold in Tokyo.

“Every athlete wants to win the gold medal,” he chuckled.

“If they tell you different they’re lying!”

Despite his determination and love for the sport that forged his hugely successful career, Tom admitted there’s more to life than diving.

The Olympian and his husband Oscar-winning screen-writer Dustin Lance Black became parents for the first time in June 2018, welcoming their son Robbie Ray through surrogacy.

He often shares adorable snaps of his family on his Instagram, describing raising the toddler as his “biggest achievement”.

“My biggest achievement and my greatest thing is raising Robbie,” he explained to Radio Times.

“Just having him and Lance in my life.”

He added: “There is more to life than my diving.

“But at the same time, it’s been the most important thing in my life.”