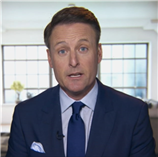 This week, it was finally confirmed that Chris Harrison is leaving the The Bachelor franchise.

What began as a temporary hiatus following his baffling defense of a star’s racist actions is now permanent.

Apparently, the veteran host was initially demanding an 8-figure payout, or he’d spill all of the dirt about the show.

According to a report by Page Six this week, Chris Harrison was initially trying to extract a $25 million payout.

He wanted a golden parachute in exchange for leaving the franchise.

And allegedly, Chris was counting on ABC being concerned about how much he knows about the show.

“He has nearly 20 years of dirt,” an insider in ABC revealed this week.

“Instead of handing them a rose,” the source quipped.

The insider continued: “He was absolutely ready to hand them a lawsuit detailing all the behind-the-scenes details.”

“Chris Harrison’s whole life was ‘The Bachelor,’” the source characterized.

“And,” the insider explained, “he didn’t want to let go.”

The 49-year-old has spent a solid chunk of his life as the face of the franchise — which was ultimately part of the problem.

“He still is really sad to leave,” the source revealed.

“And there have been very tough and very heated negotiations,” the insider added.

According to the source, these negotiations had been “going on for weeks.”

Apparently, ABC big wigs hoped that Chris would be “gone quickly and quietly.”

It was hoped that this gesture would help their public relations nightmare come to an end.

The franchise’s long history of racism goes much deeper than any one person, but Chris was front and center in the minds of fans.

According to a second network source, Chris’ outgoing clashes with ABC were more explosive than any on-screen finale.

“He knows a lot about inappropriate behavior on set,” the insider noted.

“Fights between contestants,” the insider listed.

The source continued: “misbehavior including use of illegal substances while overseas.”

“And,” the insider added, “complaints from producers that were allegedly brushed under the carpet by ABC execs.”

“He was ready to tell the truth about how things really work over there,” the source reported.

“And,” the insider continued, “he has plenty of evidence to back him up.”

“Chris was making $5 million a season,” the source shared, “and wanted $25 million to go.”

Apparently, a settlement did eventually get ironed out between Chris and the network.

However, it’s believed that it wasn’t quite as high as the pie-in-the-sky $25 million that Chris wanted.

She of course is the ex-wife of franchise creator and executive produce Mike Fleiss.

The Fleiss divorce was intensely bitter.

Following an alleged assault at one of the couple’s homes in Hawaii, the former Miss America accused the franchise creator fo domestic assault.

The complaint was withdrawn days later … and she reportedly received a $10 million settlement.

Additionally, Freedman represented Gabrielle Union during her dispute with NBC.

As we all remember well, Gabrielle complained of racism and a horribly toxic environment.

She was “let go” from her role as a judge. In September, that dispute was settled.

So by hiring Brian Freedman, Chris was sending the network a message.

He intended to win … and had plenty of ammunition in and out of court.

Per the second insider: “It was a bunch of emotionally charged men in a room who were not happy with each other at all.”

Strahan had a nuanced response to Chris’ initial apology earlier this year, questioning whether it was more than a “surface response.”

It seems that Chris took that personally.

“Chris was not happy with that Strahan interview and the way it went down,” the insider reported.

“He was not happy with Strahan’s comment at the end of the interview, that it was a ‘surface’ apology,” the source added.

“He felt angry and that Strahan made a bad situation even worse,” the insider conveyed.

“But in the end, it was Chris Harrison who made the decision to go on ‘GMA,’” the source noted.

“And,” the network insider added, “he should not have expected an easy ride just because ‘GMA’ is also an ABC show.”

Well, all of that is now in Chris’ past.