It’s an unsettling day for fans of the Netflix series Cheer. Jerry Harris has been arrested on alleged child pornography charges, the U.S. Attorney’s Office in the northern district of Illinois confirmed. Elite Daily has reached out to Harris’ team for comment on the charge and arrest but did not hear back in time for publication.

According to the Chicago Tribune, Harris was charged with one count of production of child pornography on Sept. 17. A criminal complaint filed in U.S. District Court in Chicago says Harris allegedly contacted a 13-year-old boy on social media in December 2018 and allegedly asked him to send sexually explicit photos and videos of himself. The boy allegedly sent Harris (who is now 21) more than a dozen explicit pictures of himself between that time and March 2020.

On Sept. 14, USA Today broke the news that the popular Navarro College cheerleader was being investigated by the FBI for allegedly soliciting sexually explicit photos and acts from minors. At the time, the FBI did not confirm it was Harris who was being investigated, but did note that an investigation was happening in the vicinity of Harris’ home in Naperville, Illinois. "The FBI is conducting court-authorized law enforcement activity in the area," FBI special agent and public affairs officer Siobhan Johnson told USA Today. That day, agents reportedly executed a search warrant at Harris’ home. Elite Daily also reached out to Harris’ team at the time about this report but did not hear back. 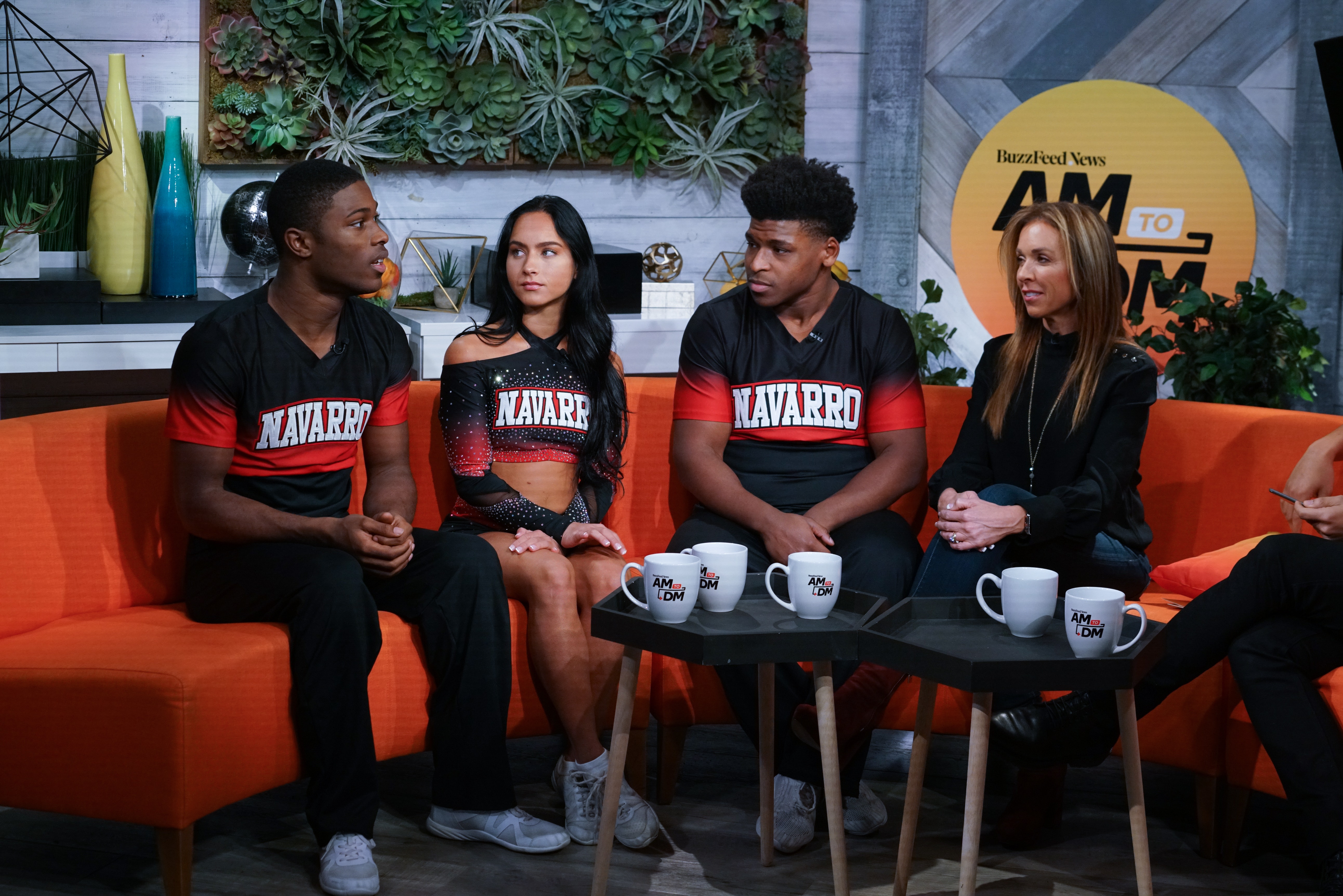 According to USA Today, the reported investigation stemmed from a separate set of allegations from the family of teenage twin brothers in Texas, who accused Harris of “sexual harassment, exploitation, manipulation, intimidation, and sexual abuse.” The family reportedly filed a lawsuit against Harris in relation to those allegations on Sept. 14. Harris’ team denied the allegations in a statement made on the same day. A spokesperson for Harris told Variety, "We categorically dispute the claims made against Jerry Harris, which are alleged to have occurred when he was a teenager. We are confident that when the investigation is completed the true facts will be revealed."

USA Today reports this family’s allegations were shared with the police by Varsity, a major cheerleading company that does everything from selling uniforms to hosting competitions. On Aug. 1, Varsity’s chief legal officer, Burton Brillhart, reportedly sent letters to both Florida and Texas police citing "inappropriate sexual conduct" complaints against Harris.

"As a result of the recent allegation, we have barred this person from having any affiliation with Varsity Brands or any of its subsidiaries or affiliates, now and in the future," Brillhart wrote. According to Brillhart’s letters, Harris is a former Varsity employee (he worked for the National Cheerleaders Association, a Varsity brand), but was not actively working during the time of the alleged incidents.

As of Sept. 17, Harris has only been reportedly charged for the alleged social media interactions in Illinois.