WHILE many professors would not have taken kindly to receiving a 19-word essay – one student got full marks for her cheek.

Allison Garrett seized an "opportunity" to submit a one-line piece when writing about film Fight Club for an assignment and was given the top grade for her "humour". 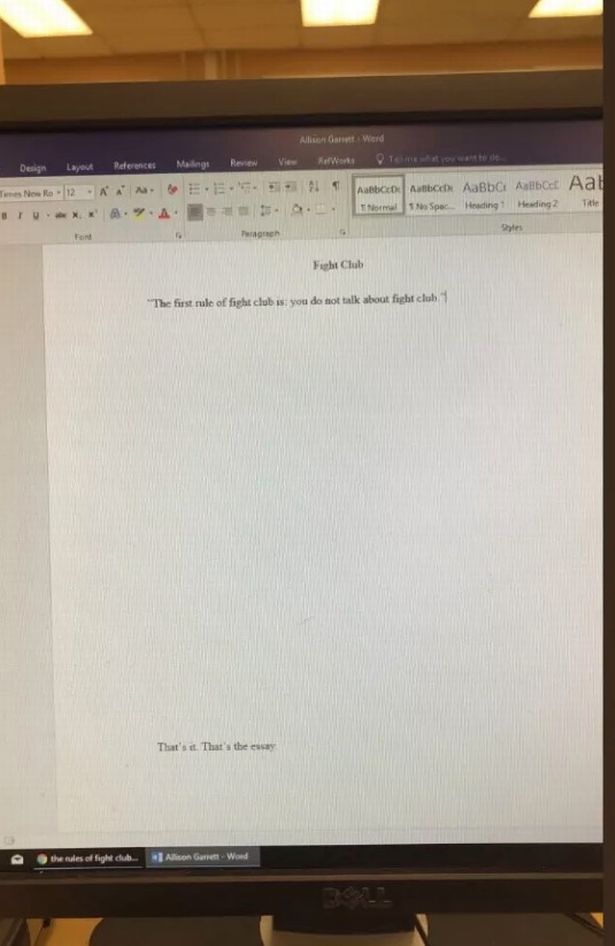 The teenager – from Tennessee in the United States – picked the 1999 cult movie when asked by her teacher to write a film review.

It is about an underground fight club, and members are told: "The first rule of fight club is you do not talk about fight club."

Over the years the line has become famous, and Allison decided to enlist it as a time-saving measure for her review.

In a post on Twitter, she wrote that: "The assignment description for essay 5 was to write a review on a movie that we had seen. 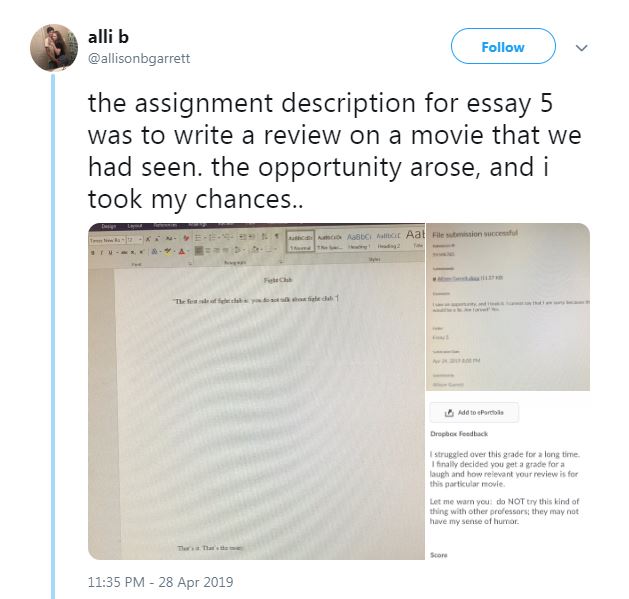 "The opportunity arose, and I took my chances."

Alongside her explanation, the teen shared a screen shot of the essay she submitted.

It featured a Word document blank, except for the film's title and the iconic quote at the top.

At the bottom, is a message to her teacher: "That's it. That's the essay." 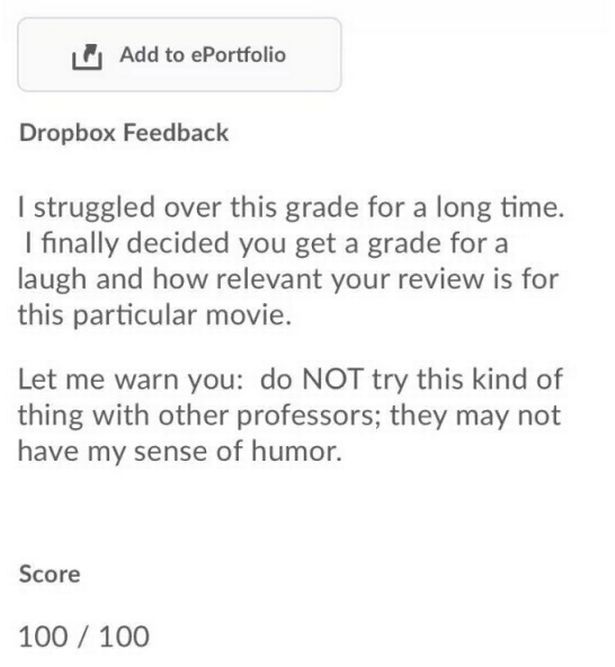 Allison also shared another pic of the comments she sent to her professor when she filed the piece.

She wrote: "I cannot say that I am sorry because that would be a lie. Am I proud? Yes."

Fortunately, the third image accompanying the post showed that her cheeky creativity had gone down well.

The teacher wrote: "I struggled over this grade for a long time. I finally decided you get a grade for a laugh and how relevant your review is for this particular movie. 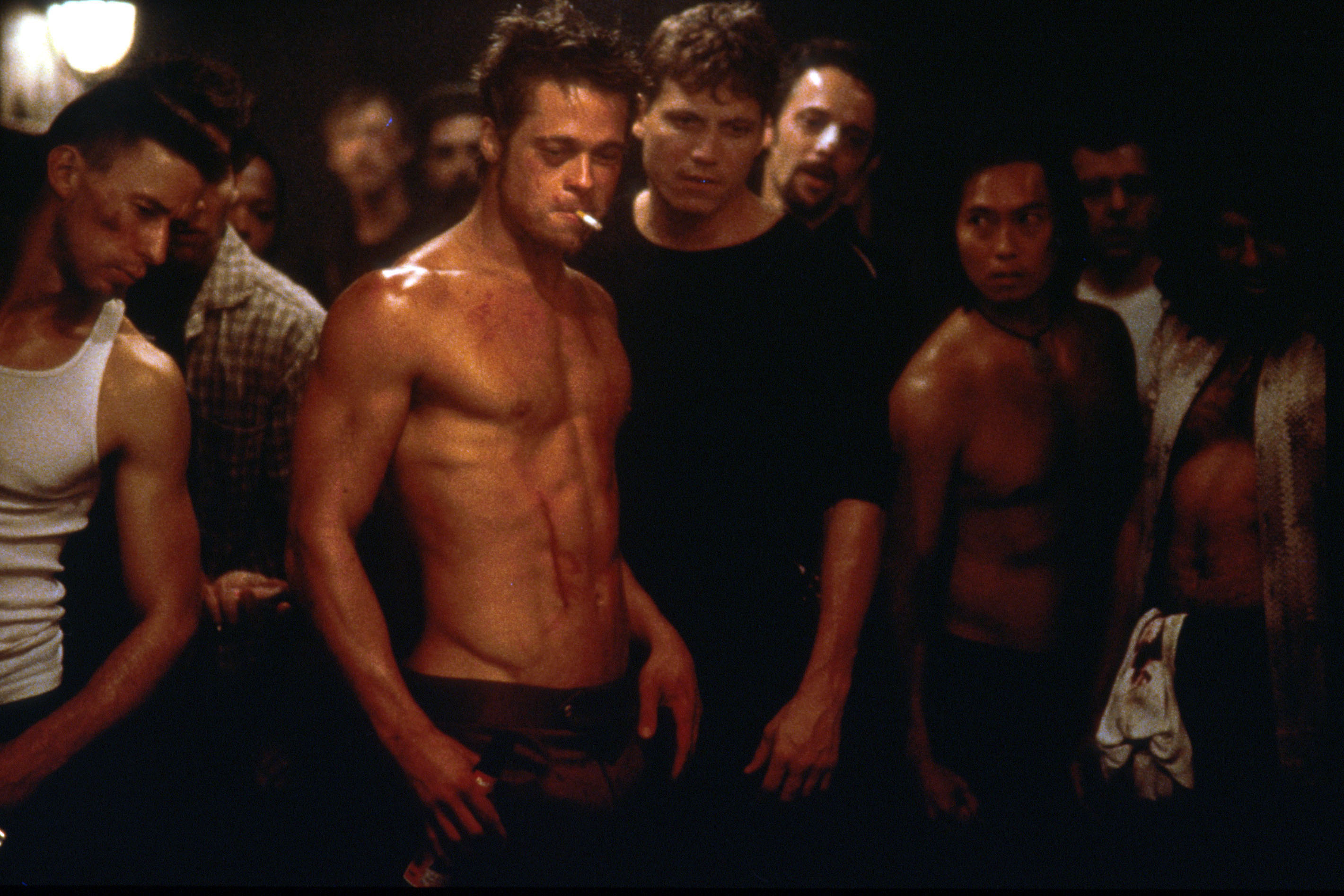 "Let me warn you: do NOT try this kind of thing with other professors; they may not have my sense of humour."

Allison's post has been 'liked' over 190k times on the social media site and people rushed to praise her.

One person wrote: "This is the greatest thing I've ever seen."

Another commented: "They should just go ahead and let you graduate on that note 100%."

A third shared: "I need a professor like that."

We recently told you how a student, 21, has a one-in-a-million sleep syndrome which means she sleeps for weeks at a time and even misses exams.

Another student has blasted a Pretty Little Thing dress after it exposed her privates.

And a third desperate student created a Tinder "presentation" to finally bag a man after 40 failed dates.