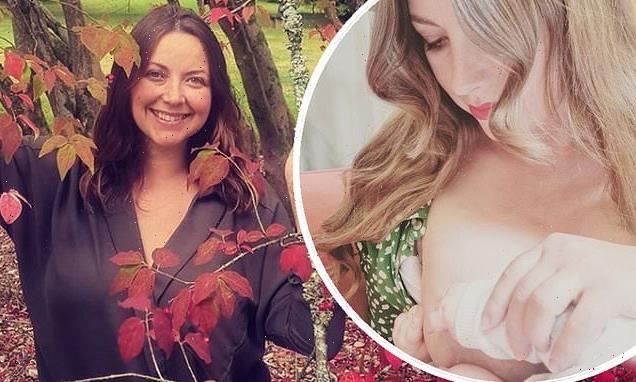 ‘I was so overconfident’: Charlotte Church reveals she gave birth to her third child Freda under a TREE but admits the painful outdoor labour ‘b***h slapped her in the face’

Charlotte Church has revealed she welcomed her third child, daughter Freda, under a tree after deciding to build herself a ‘birth palace’ in her back garden.

The singer, 35, confessed that she was ‘overconfident’ about going through labour again after previously welcoming two children, but she was quickly ‘b***h slapped in the face,’ as she struggled through the pain while outdoors in the rain.

Charlotte went onto say that parenting is ‘unbelievably difficult’ but she views it as ‘the pinnacle of her existence,’ adding it’s helped her to become ‘calmer’ and to ‘know herself better.’ 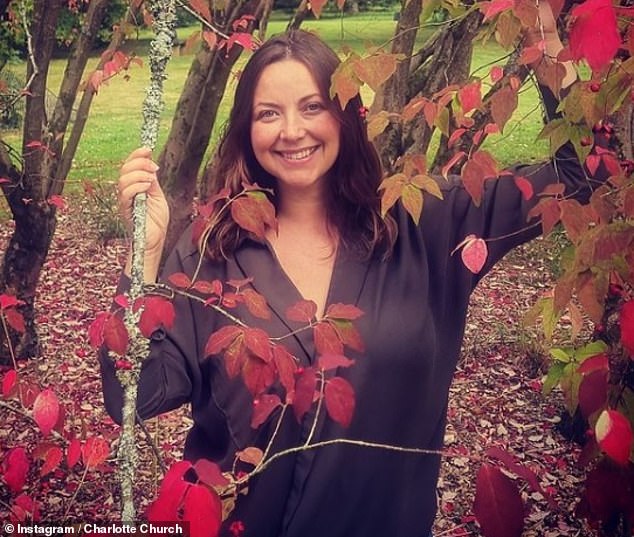 Candid: Charlotte Church has revealed she welcomed her third child, daughter Freda, under a tree after deciding to build herself a ‘birth palace’ in her back garden

Speaking on Rob Beckett’s and Josh Widdecomb’s Parenting Hell podcast, Charlotte offered insight into giving birth to Freda, after she welcomed her third child in August 2020 with her husband Jonathan Powell.

She said: ‘I did love birth, but my third birth came and b***h slapped me in the face. I was so unbelievably overconfident, because the first two times, I was 21 and 22, and my body knew just what to do.

‘I had two home births, they were quite simple. Don’t get me wrong it is still birth. It’s still incredibly intense and all the rest of it. 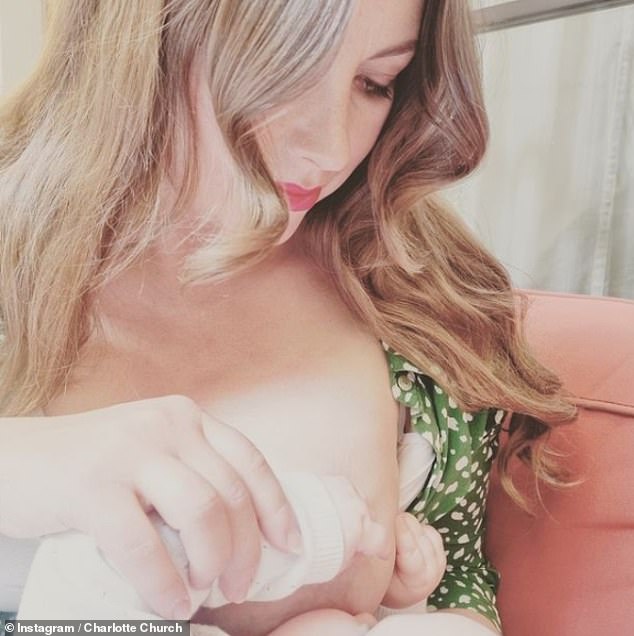 Open: The singer confessed that she was ‘overconfident’ about going through labour again after previously welcoming two children, but she was quickly ‘b***h slapped in the face,

‘But it was like.. the third time around. I have become a nature lover / tree hugger / quite deep hippy in the interim of having my first two and little baby Freda.

‘So I set this birth palace outside basically among the trees. I dried flowers it was so involved. It looked like a Baz Luhrmann set.I had candles everywhere.’

Charlotte continued: ‘So I laboured under there overnight which was beautiful but then I had her screaming on the bathroom floor.

‘It started drizzling at about 7am, and I live next to a golf course. And I started to really hear the golfers.

‘My noise… I am a noisy woman anyway but if I’m in any sort of pain. My noise started to up I thought: ”This is not going to work.’ There I was birthing in the trees.’ 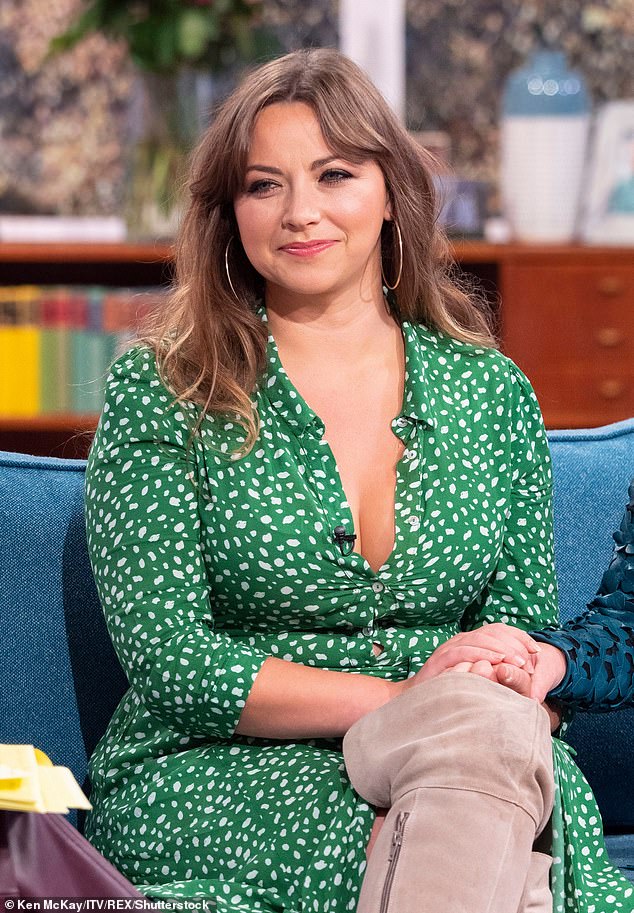 Ouch! Charlotte admitted that she was outside in the drizzling rain struggling through her labour pains, aware that golfers could hear her from the course nearby

Reflecting on her experience with motherhood, the star said: ‘We’ve had all the sleepless nights and all of it. I am completely elated by this new addition to the family.

‘By how she’s changed our whole family dynamic. It was getting to the point before when the little ones start the process of adolescence so they start to grow away from you a bit but actually she has really connected us all and made every one a bit softer and a bit gentler.

‘It has been totally lush. I love the whole thing – parenting is unbelievably difficult and you do so much soul searching but in my mind it is my absolute pinnacle of my existence and I love it.

‘Obviously your 20s is way more chaotic especially I was 21 and 22 having Ruby and Dexter so much younger. And therefore things are much more of a whirlwind but in a way things are simpler. 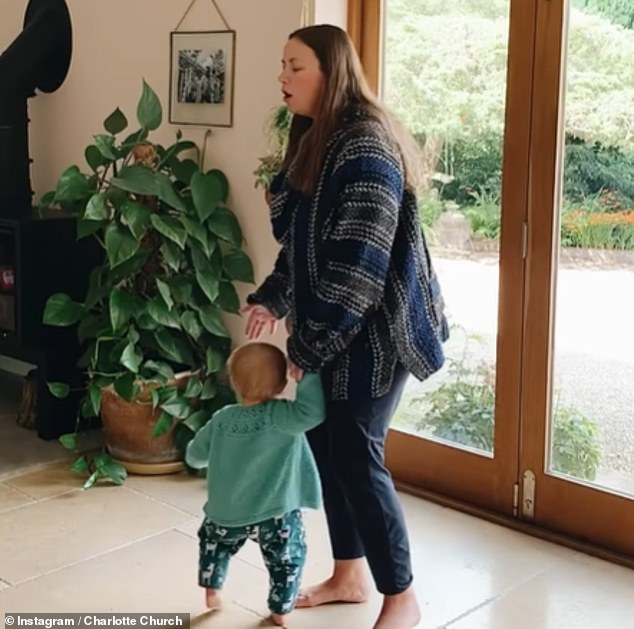 Proud parent: Charlotte went onto say that parenting is ‘unbelievably difficult’ but she views it as ‘the pinnacle of her existence’

‘Because you haven’t quite amassed that knowledge and the complexities. Your relationships aren’t as well formed as when you are in your 30s. You start to understand so much more and generally you grow in responsibilities.

‘Yes I am calmer and I know myself better and it is less chaotic but in another way it is so much more complex.’

In August Charlotte, who is also mother to Ruby, 14, and Dexter, 12, with her ex Gavin Henson, first revealed the name of her baby daughter. 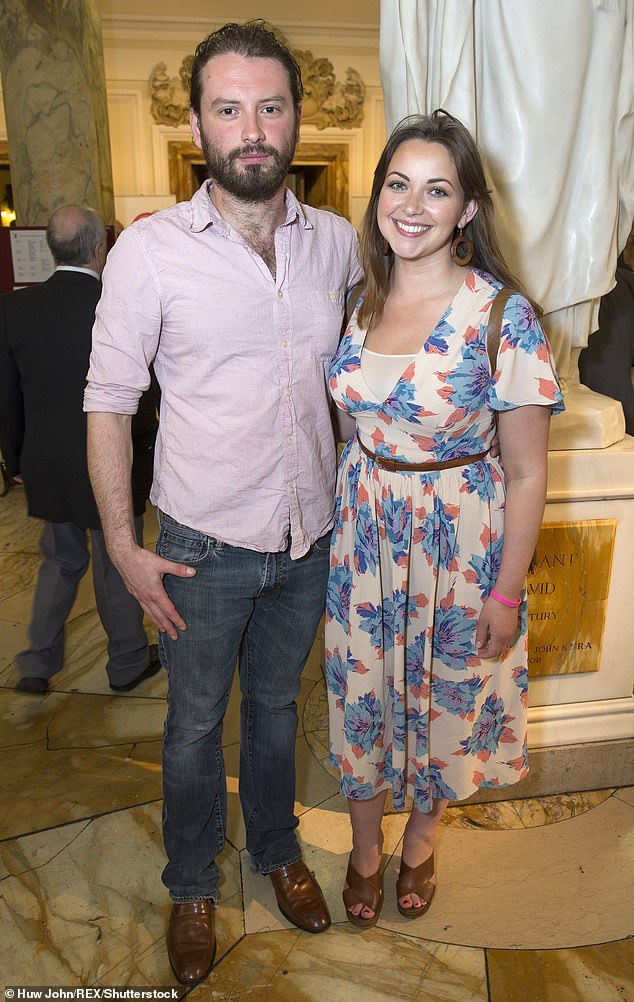 Charlotte first announced she was pregnant to fans in a low-key tweet in March 2020, revealing she was pulling out of a charity concert because of the coronavirus pandemic.

Holly Willoughby had let slip the same day in March that Charlotte had welcomed her third child during an appearance on This Morning, saying to her: ‘You’ve got three kids now!’

She said: ‘You’ve got the three kids now. How is home schooling?’, as Charlotte replied: ‘I’ve been homeschooling my own children now for a few years now.’ 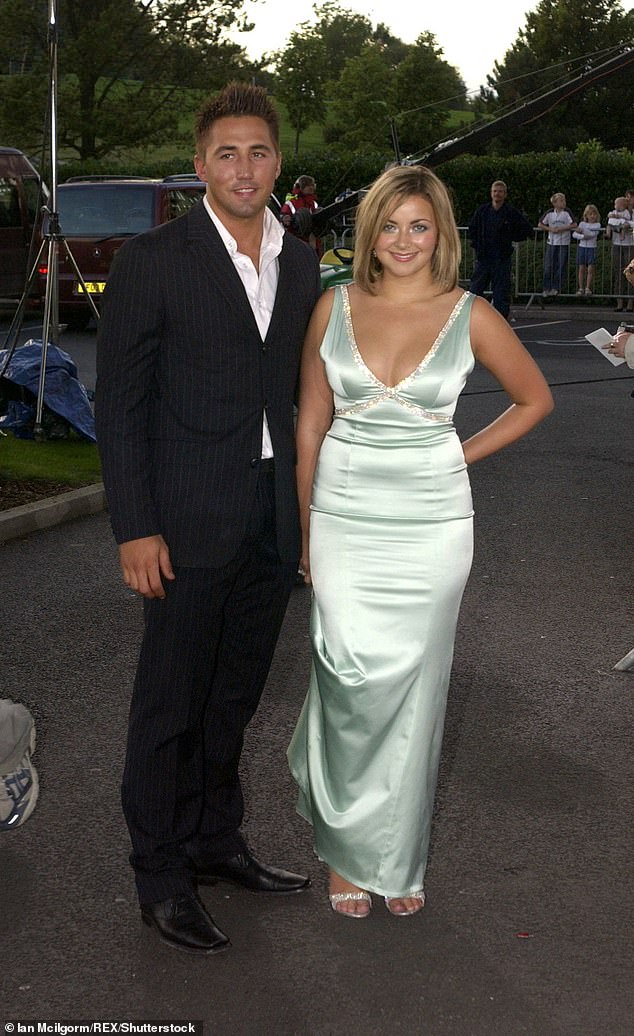 Ex: Charlotte is mother to Ruby and Dexter with ex Gavin Henson, and the former flames were famously dubbed as ‘the Welsh Posh and Becks’ (pictured in 2005)