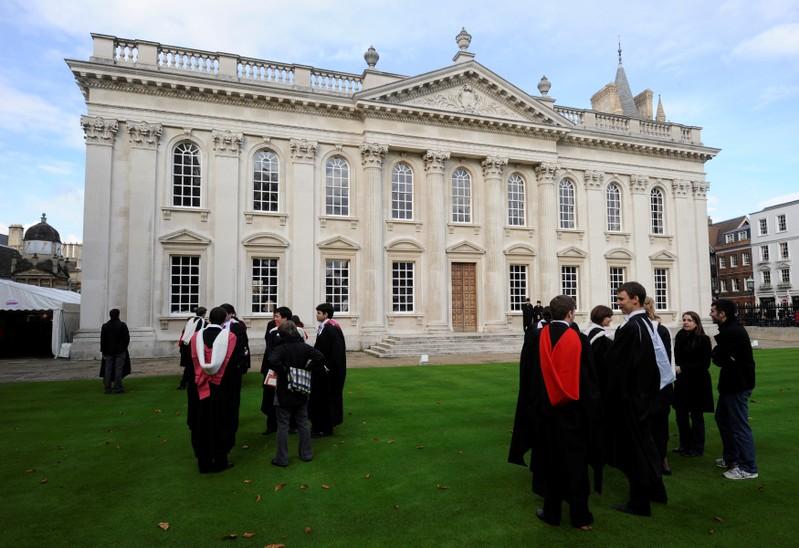 LONDON (Reuters) – A college at the University of Cambridge has removed a bell from view over fears it came from a slave plantation, as one of Europe’s oldest seats of learning delves into its historic links with slavery.

Staff said they had “shuttered off” the bell in St Catharine’s College as they tried to find out more about its past.

“As part of the ongoing reflection taking place about the links between universities and slavery, we are aware that a bell currently located at the College most likely came from a slave plantation,” a college spokesman said.

“A more detailed investigation is under way into the bell’s provenance as part of a wider project researching the College’s historical links to the slave trade,” he added. The college said the bell was presented in 1960 but gave no more information.

Cambridge said last month it was beginning a two-year study of how it benefited from the Atlantic slave trade and whether its scholarship reinforced race-based thinking during Britain’s colonial era.

In the biggest deportation in known history, weapons and gunpowder from Europe were swapped for millions of African slaves who were then shipped across the Atlantic to the Americas. Ships returned to Europe with sugar, cotton and tobacco.

Around 17 million African men, women and children were torn from their homes and shackled into one of the world’s most brutal globalised trades between the 15th and 19th centuries. Many died in merciless conditions.

Dr Miranda Griffin, a senior tutor at St Catharine’s, said it was important that the university acknowledged historical links to slavery and the slave trade.

“As an academic community, we will continue to conduct rigorous research into all aspects of our past and to reflect on our commitment to diversity, inclusion and asking challenging questions,” Griffin said.