Surprise: Britney Spears gave Justin Timberlake a dancing shout-out yet again, 18 years after their split! This time, Britney shimmied away to her ex’s song with JAY-Z, ‘Holy Grail.’

Britney Spears surprised fans by picking a song from her ex, Justin Timberlake, as the audio for her latest dancing video on Jan. 26. The pop star twirled and grooved away to Justin’s verse on his 2013 collaboration with JAY-Z, “Holy Grail,” 18 years after their breakup that rocked Hollywood. Britney even gave her ex a shout-out in the dancing clip’s caption.

“Danced in my black [turtle emoji]neck last week to HOLY GRAIL !!!!,” Britney began, referring to the cropped black turtleneck top that she wore with plaid short shorts for her dance outfit. She added, “I KNOW … turtle necks are SO ME,” along with some emojis….and Justin’s Instagram handle!

Fans, of course, were freaking out at Britney’s bold shout-out to Justin. “SHE TAGGED HIM SHSKSSJSK,” one fan wrote, while another commented, “me after 1 glass of wine & tagging exes.” Even Selling Sunset star Chrishell Stause was amused by Britney’s shout-out, writing, “Britney with the @ tags!! [laughing emoji] We love to see it! [clapping emoji].” 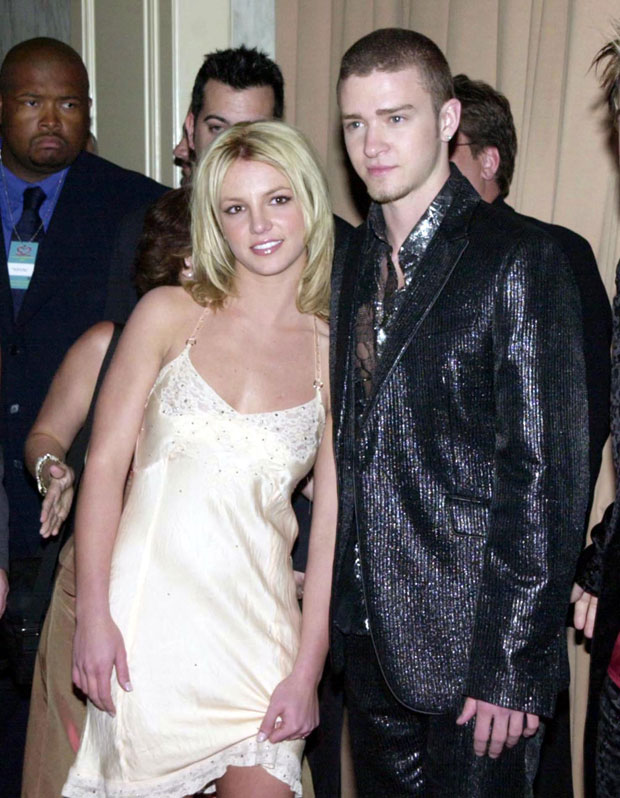 A fourth fan wanted Britney to dance to one of Justin’s most famous ballads, “Cry Me A River,” which has long been rumored to be about his infamous split with Britney that happened in 2002. “What would be iconic and so 2001, is dance to ‘Cry Me a River’ and tag him,” the fan wrote.

This isn’t the first time Britney has used her ex’s track as dancing music. In April of 2020, Britney shared a video of herself dancing to Justin’s 2018 song “Filthy” and gave the *NSYNC alum an even longer shout-out that time. “I know we had one of the world’s biggest breakups 20 years ago …… but hey the man is a genius !!!! Great song JT,” Britney gushed in the caption. Justin joined the many fans freaking out in the comments section, proving that the exes are long past the drama of their early aughts split.

“Everyone knows the rough patch they went through, but having Brit dance to his music and call him a genius was all in good taste,” a source EXCLUSIVELY told HollywoodLife at the time. “They all have clearly moved on, but it is nice to think of the past in times like this.” The 2020 shout-out also came after Britney used audio from Justin’s song, “LovedStoned/I Think She Knows,” to a video of herself doing a backflip in 2018 (which you can watch below).

Like our insider mentioned, Britney and Justin have long moved on from one another, though. Britney began dating personal trainer Sam Asghari after meeting on the set of her music video “Slumber Party” in Oct. 2016, while Justin has been married to actress Jessica Biel since Oct. 2012.