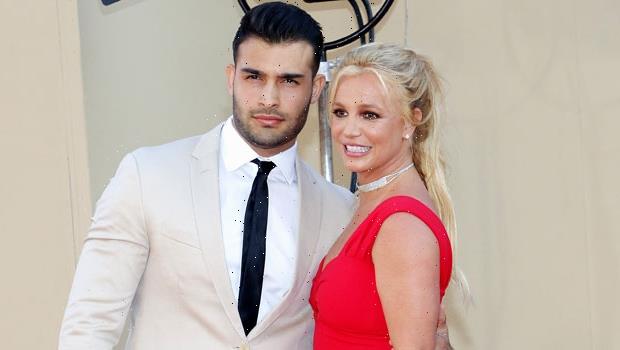 Britney Spears documented an intimate moment between herself and BF, Sam Asghari, and shared it with her fans on Instagram on June 14.

Summer lovin’ is in full bloom! Britney Spears, 39, gave fans an inside look at her relationship with Sam Asghari, 27, by posting an Instagram photo of them coming this close to kissing. In the sultry new photo, seen below, Britney and the Black Monday actor put their love on full display. She captioned the image with two, mischievous devil emojis. As always, Brit looked incredible in the pic, wearing a white crop top and dark eye makeup, while Sam rocked a black tank top. Oh, how they compliment each other, huh?

This is not the first time that the happy couple has shown themselves to be publicly affectionate with each other in front of fans. On June 11, Britney posted a video of herself strutting in a skin-tight animal print catsuit, and Sam gave the video a ‘like’ to show his approval. Liking Instagram posts isn’t the only way Sam makes his affections for Britney known, though. For Internationals Women’s Day, Sam praised Britney for being such a strong woman.”Happy International Women’s Day to my lioness,” he wrote. “Thank you for showing me that true strength and bravery comes from a woman.” He also included a paparazzi photo taken of the pair and added, “Plus we look like two bada**es here.”

The Grammy winner and Family Business actor first met in 2016 on the set of Britney’s music video for her song, “Slumber Party”. Since then, they have been in a committed and supportive relationship, with Sam telling People in February, “I have always wanted nothing but the best for my better half, and will continue to support her following her dreams and creating the future she wants and deserves. I am thankful for all of the love and support she is receiving from her fans all over the world, and I am looking forward to a normal, amazing future together.” His public declaration of love and support came amid Britney’s battle to remove her father, Jamie Spears, from her conservatorship. 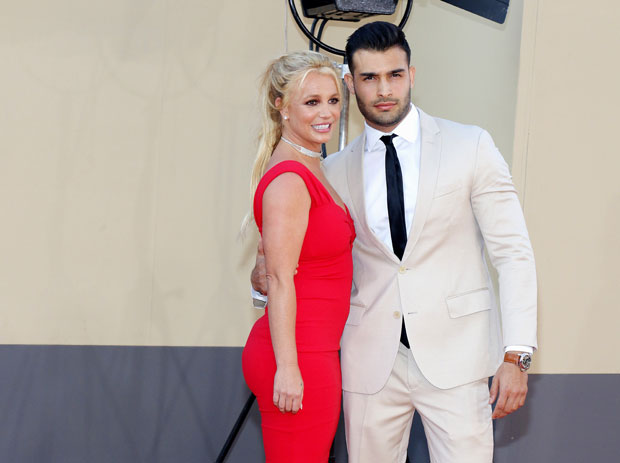 Britney’s battle to have her father removed from the conservatorship has been a public battle for months, and was highlighted in the 2020 documentary, Framing Britney Spears. The doc sparked an uproar of criticism and anger for the way the young pop star was treated in the early days of her career. The documentary, which focused on the prolonged and controversial conservatorship, brought to light the actions of many prominent members in media and the roles they may have played in the singer’s troubled past.

For Britney’s part, she’s fine with remaining under the conservatorship — she just does not want her father to be part of it any longer. Rather, she wants Jodi Montgomery to be her permanent conservator. Later this month, Britney will speak in front of a judge to plead her case.