Britney Spears is sharing some more of her fears about her welcoming another baby.

After announcing that she was pregnant with her third child earlier this week, the 40-year-old singer took to Instagram on Saturday to share a black-and-white still image from the music video Someday (I Will Understand), which shows her cradling her baby bump. Looking back on her first pregnancy with Sean Preston, she wrote in the since-edited caption:

“This was a time in my life when if someone was to even mention me being locked in a home… being seen naked every day when I changed like some sort of criminal … my guards would literally put the devil or God himself to the ground in literally a split of two seconds!”

Getting super honest with her followers, she confessed she is nervous about welcoming another baby – especially since she has had multiple documentaries made about her life:

“Yes I’m scared to have a baby in this world, especially in America where they did four documentaries without me in them and telling my story! Yet … THAT helped end the conservatorship! Hmm … Oh well… I don’t think I’ve ever seen that many documentaries on someone unless they are dead! I mean was that even allowed???? Again OH WELL.”

In an effort to look on the bright side of things, the Crossroads actress noted that it is ultimately all about “perspective.” She added:

“Today my perspective is self care with some tea … to try @katehudson’s new INBLOOM line … and put the same gown on I wore with my first child 16 years ago !!! … HAPPY EASTER !!!”

You can ch-ch-check out the picture (below):

And then you can read her caption before it was edited (below): 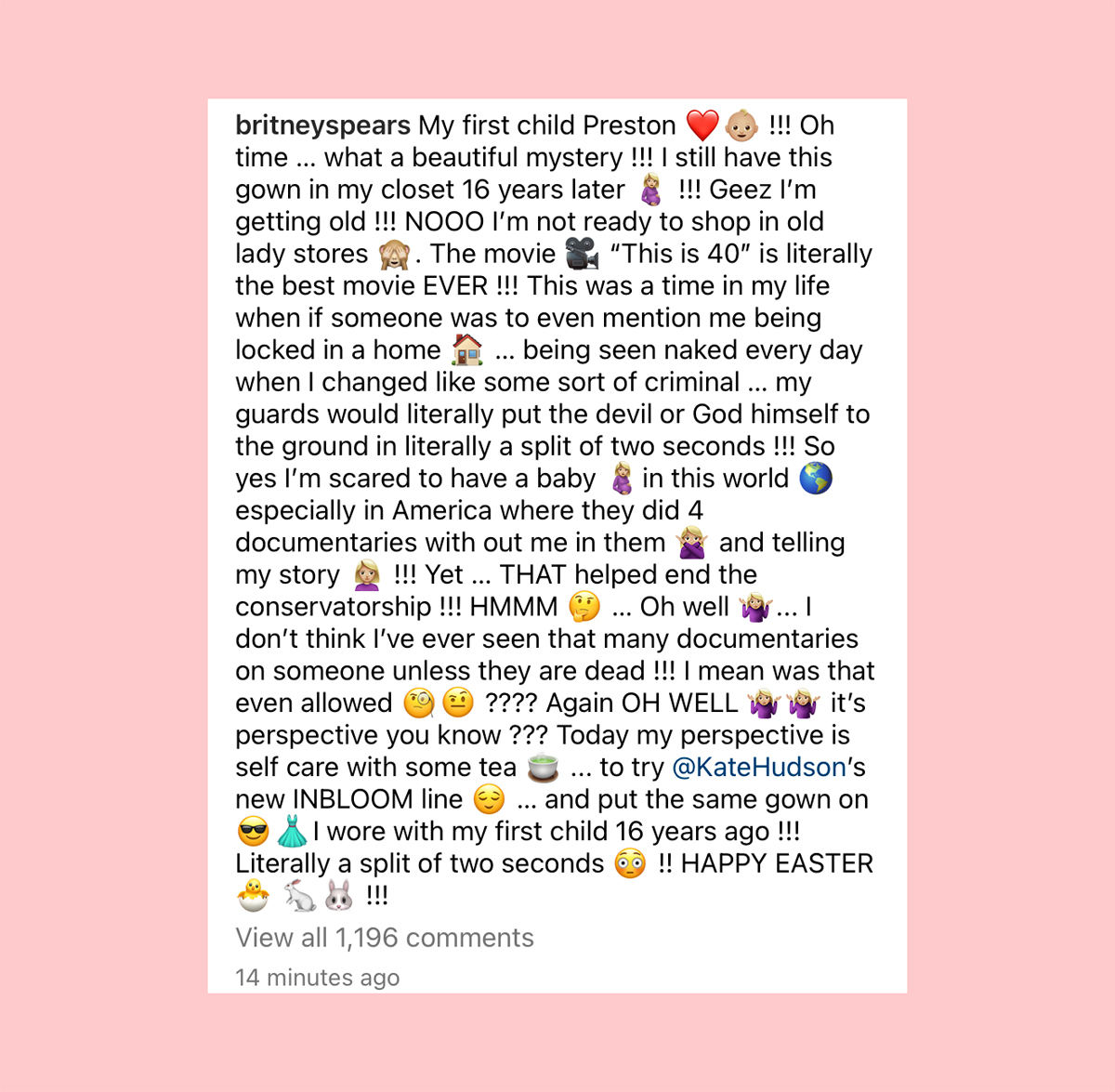 This is not the first time Brit has spoken out about the documentaries. She previously expressed on the ‘gram about how “embarrassed” she was about the New York Times’ Framing Britney Spears film for bringing back up some tough moments from her life. And it looks like her opinions on the docs have not changed too much since then…

Thoughts on her confession? Let us know in the comments. 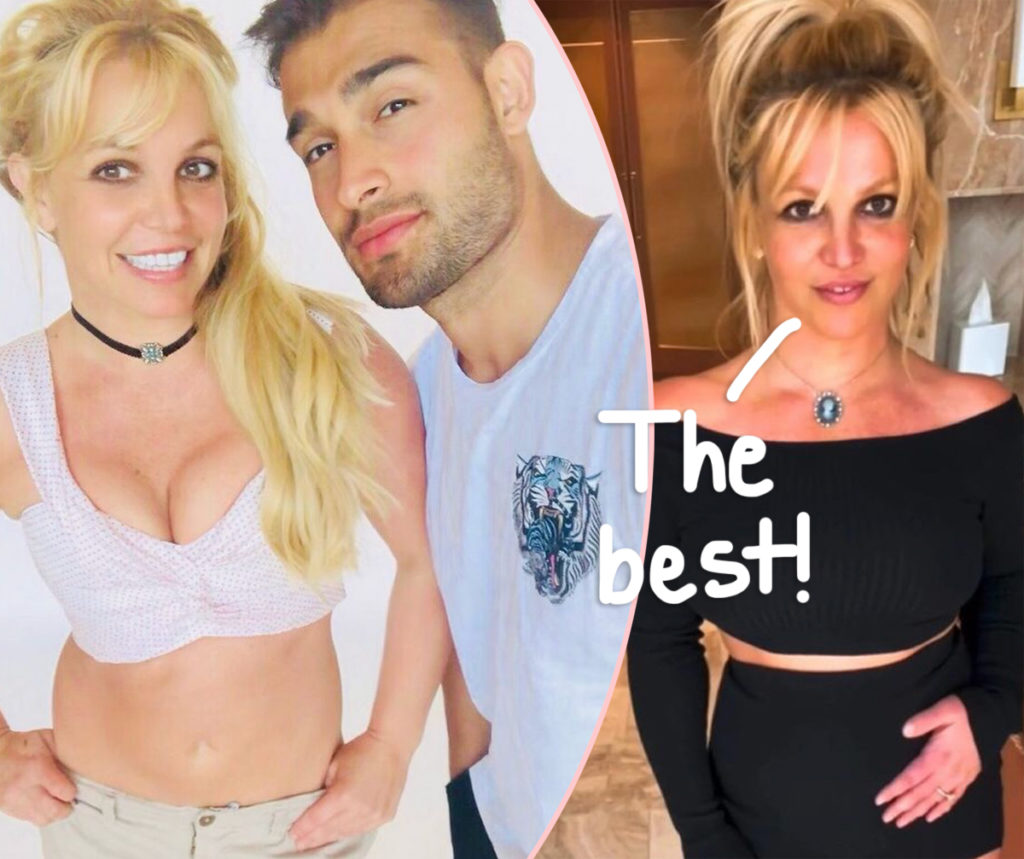 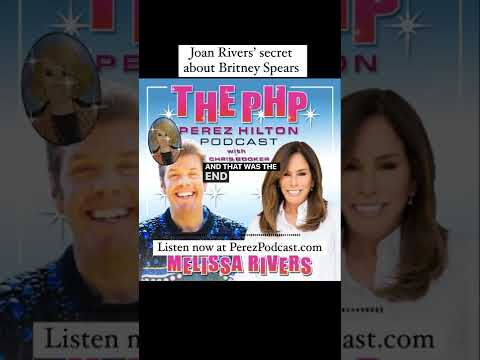