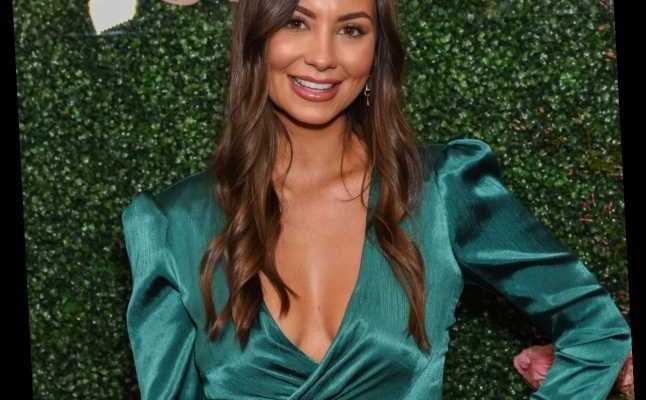 Today, in things in news you literally never would have expected to be reading: Bennett Jordan’s Instagram flirting with Kelley Flanagan is a v bold move. It all started on March 22 when Flanagan posted a video showing off her new haircut alongside the caption, "Perfect haircut before I accidentally lit my hair on fire!" In the video in question, Flanagan twirls around as Mariah Carey’s "Fantasy" plays in the background.

The video must have made Jordan feel some type of way because, on March, 24, he posted a video of his own directly referencing Flanagan’s original post. In Jordan’s video, the Harvard grad can be seen playing with his hair poolside as the same Mariah Carey song plays in the background. "At 36, I realize shooters have range for a reason and can’t be afraid of taking long distance shots. You just gotta keep shooting," he began alongside a basketball emoji. Then, paired with a kissy emoji, he added, "However, I didn’t realize brief clips of “Fantasy” could give such feels until earlier this week." As if all of that didn’t make it clear enough he was referencing Flanagan’s post, he added a "#bachelornation" to the end of his post to make it extra obvious he was making a move on a fellow member of the Bachelor Nation fam.

ICYMI: Flanagan confirmed she and ex Peter Weber had split on Jan. 3. "I know a lot of you have already heard the news, but I wanted to take some time to process it for myself before sharing…It saddens me to say this but Peter and I have decided to go our separate ways," she wrote, just a few days after Weber first announced the news to his Instagram page. "Peter and I had some unbelievable times together and they will definitely be missed. Unfortunately him and I are in two different stages of our lives and saw our future paths differently. I wish Peter the absolute best and want to thank everyone for your continued support as I move on to my next chapter. I’m still hoping to make it to New York one of these days, but for now I just want to focus on my happiness! 2021, I can’t wait to see what you have in store!"

But, unfortunately, it looks like Jordan might have missed his window with the lawyer. During a March 16 appearance on Kaitlyn Bristowe’s Off The Vine podcast, she revealed she’s seeing someone new. “I’ll be honest with you, here we go, there’s a guy that I’ve been on a couple dates with,” she said, noting that he’s not an influencer and doesn’t even have Instagram on his phone. “It literally makes me feel so great, and I was like, ‘Thank god you don’t know this show that I’m on, you don’t even have the app.’ He’s like, ‘I’m not a weirdo, I have Instagram, I just don’t have the app because I could, like, be reading emails, or I could essentially be, like, reading news.’ And I was like, ‘Man you’re such a nerd, I love that.’”