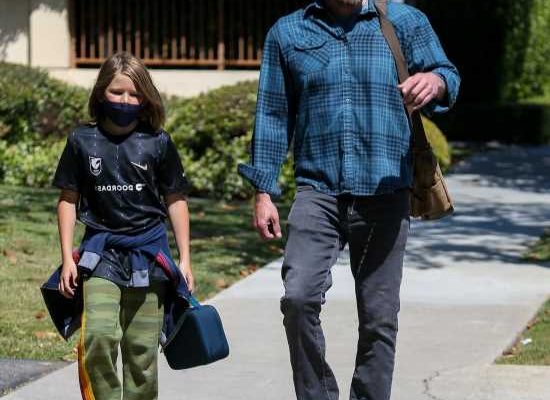 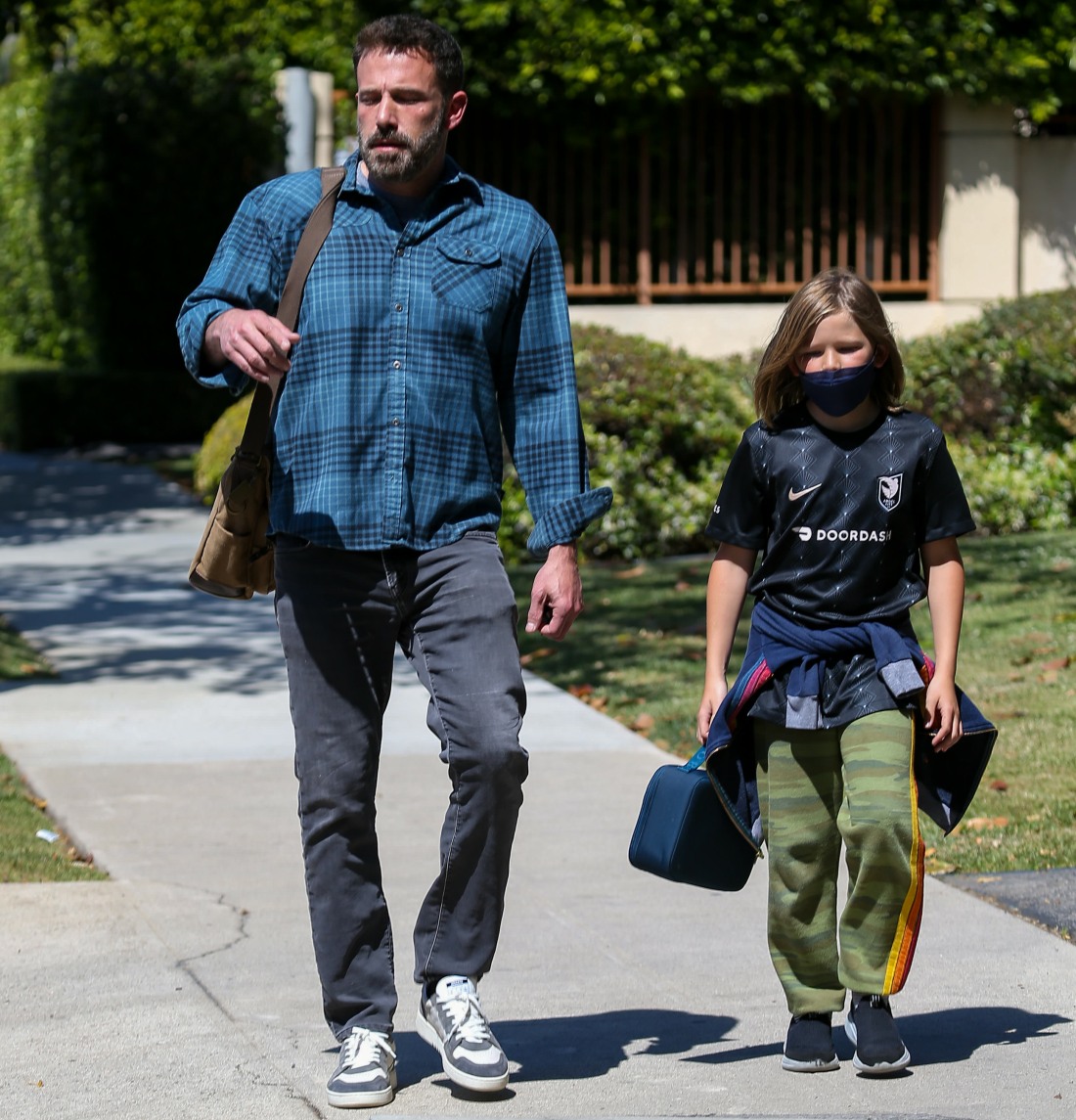 Ben Affleck and Jennifer Garner’s three children look like J-Garner. It’s really cute how genetics work sometimes, because I would have thought that the Affleck genes would overpower the Garner genes, but nope. The Affleck genes got bodied. Anyway, Ben actually tries to be a hands-on father these days. He does the school runs, he takes the kids to movies, they have family dinners all the time. Ben and Jennifer Lopez have also been blending their families, which has worked out pretty well so far, all things considered. Ben already seems close to J.Lo’s twins and all of the kids seem to get along. The kids are often seen out with Ben & J.Lo too. This weekend, Ben and J.Lo were out with Samuel Affleck. Samuel is 10 years old. They took him to 777 Exotics, one of the go-to high-end car rental/dealerships in the LA area. Samuel jumped into the driver’s seat of a Lambo and maybe hit a BMW?

Ben Affleck’s 10-year-old just got into a little mischief … by jumping into the driver’s seat of a VERY expensive Lamborghini, and with the engine running he put it in reverse and it made contact with another car.

Ben and Jennifer Lopez went with Samuel Garner Affleck Sunday to 777 Exotics, an L.A. luxury car rental dealership. They were all looking at various cars when Ben let Samuel hop into the driver’s seat of a yellow Lambo.

A rep for Ben tells TMZ … there was no damage and everyone’s ok. An employee at 777 Exotics told us there was no accident and the cars were just parked really close together — which is true — but that doesn’t explain why Samuel would get out and inspect the 2 vehicles. Bottom line … there was definitely contact, but little to no damage.

Yeah, judging from the photos at TMZ, it does look like Samuel “bumped” the Lambo into the BMW. It wasn’t a crash and I doubt the kid was going more than a few miles an hour in reverse. If there was no damage, that’s great. I bet there was a little scratch or something and Ben quickly offered to cover it. I’m trying to remember if I ever got behind the wheel of a car at that age. I always wanted to – as a kid, I was fascinated by driving. Hm. Anyway, it didn’t look like Ben was mad at his son, but I bet Samuel got a lecture about NOT getting behind the wheel of a Lambo. 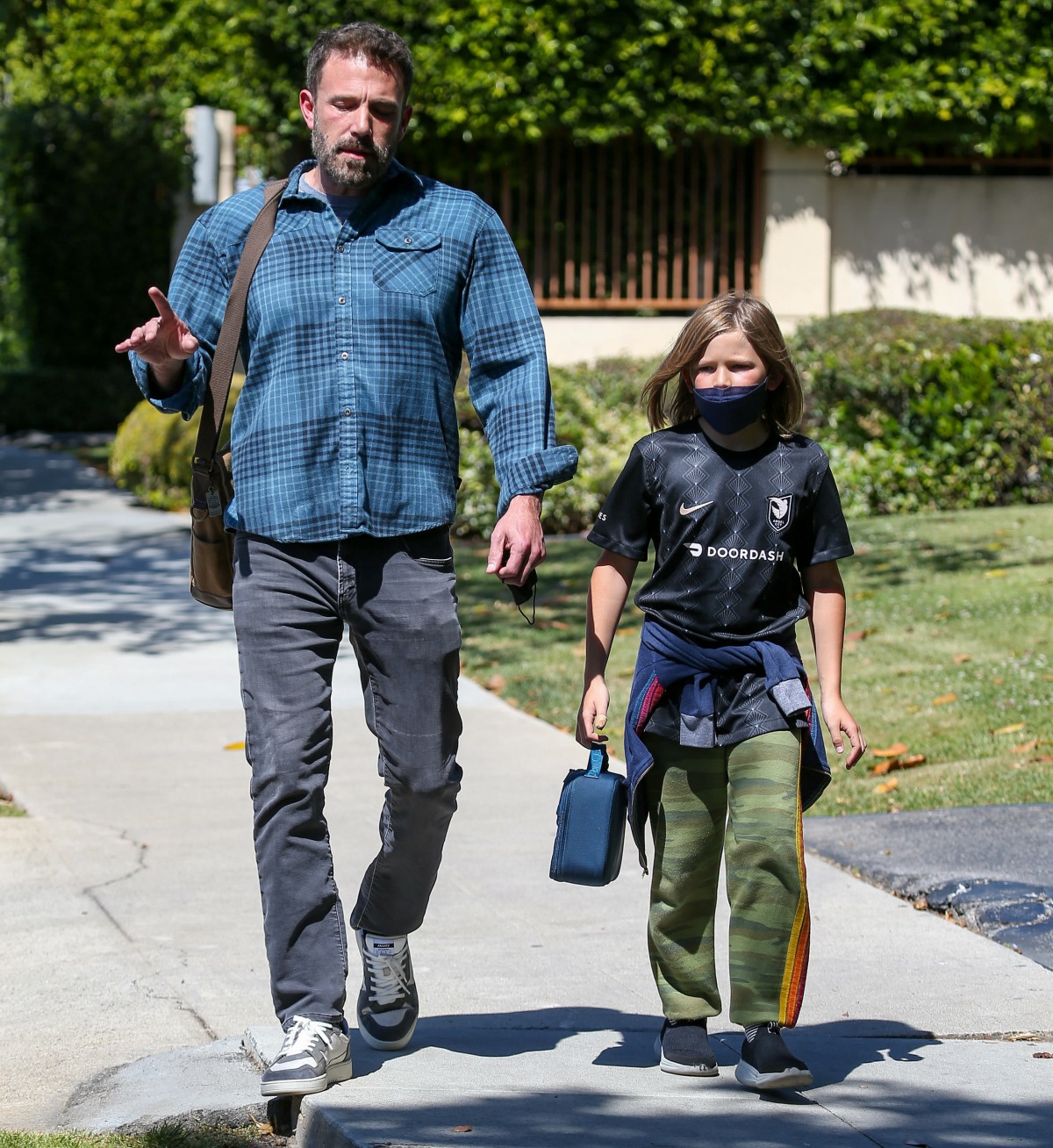