Jonathan Bailey, who plays aristocratic rake Anthony Bridgerton in the television hit of the same name, and Hollywood leading man Taron Egerton, will star in a provocatively titled play about sexual identity and gender labelling, opening in the West End in the spring.

The two hot young stars have been brought together by Marianne Elliott, the director whose recent, award-winning successes includes the Stephen Sondheim musical Company, which starred Rosalie Craig, Patti LuPone and Bailey.

Elliott said when she approached Bailey about the idea, she told him to run a bath, pour himself a glass of wine and read Mike Bartlett’s play Cock, which premiered at the Royal Court’s Jerwood Theatre Upstairs 12 years ago with Ben Whishaw and Andrew Scott in the lead roles. (The hot priest actor spoke with Egerton to share his experience of playing M in the original production; it helped that they share the same agent, Lindy King.) 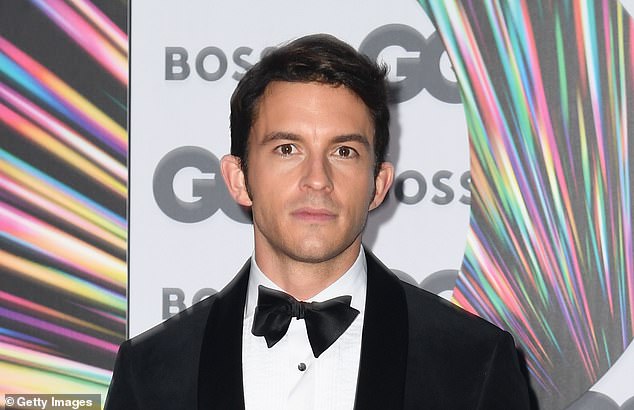 Jonathan Bailey, who plays aristocratic rake Anthony Bridgerton in the television hit of the same name, and Hollywood leading man Taron Egerton, will star in a provocatively titled play about sexual identity and gender labelling, opening in the West End in the spring

Bailey, speaking from a villa in Tuscany, clarified Elliott’s instructions: ‘She added: “Don’t panic when you read it!” ’

He joked that he was enjoying a short, ‘illicit vacation’, during a rare break from filming the second season of Netflix smash Bridgerton, which will primarily focus on his character.

Cock, said Bailey, is ‘the study of one man’s sexuality’. That man is John — the only one of the play’s four characters to be named. His boyfriend bears the initial M, while the woman he’s had an intimate relationship with is known as W. M’s father is F. Those roles are being played by Jade Anouka and Phil Daniels.

Back in 2009, some saw the drama as a debate about John’s inability to decide who he should go with. But times have changed, Bailey argued. ‘ 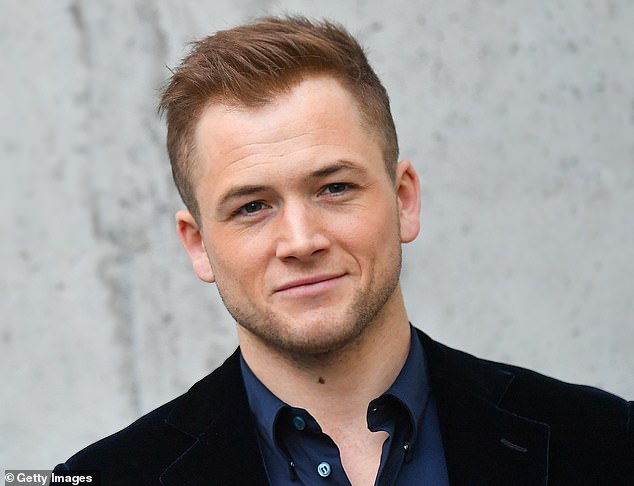 Taron Egerton is pictured above. The two hot young stars have been brought together by Marianne Elliott, the director whose recent, award-winning successes includes the Stephen Sondheim musical Company, which starred Rosalie Craig, Patti LuPone and Bailey

The fact is, he doesn’t need to make a decision. People identify themselves differently than they did 12 years ago. It was ahead of its time.’ That title has remained a little tricky, though.

Bailey said every time someone sends him an email concerning the play, it goes into junk.

‘They now call it the Male Chicken Play or C- O-C-K to get it past the censors.’

Indeed, at one point during our conversation Bailey referred to it as ‘the wiener play’.

He said people are ‘nervous talking about sexual identity and this movement that’s happening at the moment, with opening the binary structure’.

Later, Elliott said that the gender labels people get lumbered with are ‘prohibitive’ and ‘limiting’, and that John, in Bartlett’s play, thinks he’s more fluid than that.

She believes Bartlett’s piece will entice people into the theatre, to see the hot topic argued on stage. The play, she continued, is ‘quintessentially theatrical’ because the audience have to use their imagination.

You don’t see the characters having sex, drinking coffee or sharing a meal, because there’s no set.

‘Words and actions indicate what they’re doing — the rest, you see in your head.

Egerton has already appeared in two of Matthew Vaughn’s Kingsman films and won a Golden Globe for his portrait of Elton John in Rocketman.

He’s currently filming TV crime drama In With The Devil for AppleTV+. Cock will open at the Ambassadors Theatre for a 13- week season from March 5. Tickets on sale from 10am today www.cockthe play.co.uk.

Before that, Elliott and producing partner Chris Harper head to New York to oversee the Broadway production of Company.

Roger Michell, the film director who died this week aged 65, will be heralded (rightly) for his 1999 romantic classic Notting Hill. But I want to speak up for his other gems: Titanic Town, The Mother, Enduring Love, Venus, and forthcoming comedy The Duke. We last spoke at length about the Queen, for his documentary Elizabeth, for which he was studying hundreds of hours of footage of Her Maj.

Rachel York, who will take over from Sutton Foster as nightclub evangelist Reno Sweeney in director and choreographer Kathleen Marshall’s glorious revival of Anything Goes at the Barbican. York’s first performance is on October 12.

The brilliant Ms Foster has to head back to Broadway for The Music Man, with Hugh Jackman. Also, from October 19, Haydn Gwynne, left, will replace Felicity Kendal as Mrs Evangeline Harcourt. Two extra matinee performances have been added (October 27 and November 3). The final show is November 6.