The candidate wanted no part of the negativity endemic to politics. Instead she offered an aggressively upbeat view of the future she foresaw for the human race.

“We must combine our compassion with our creativity,” she urged the convention. “We must initiate a new process in democracy to identify our positive options, discover our potentials and commit our political will to long-range goals.”

The words might have fit nicely into the current presidential campaign, but they actually were spoken 35 years ago at the Democratic National Convention in San Francisco by a woman few expected to see take the stage, much less be nominated for the vice presidency. She was Barbara Marx Hubbard, who was not a politician by trade but a futurist, spiritual thinker, author and proponent of what are today lumped under the label of New Age ideas.

Ms. Hubbard, campaigning for months, had gathered enough support to have her name placed in nomination, mostly so she could make a symbolic speech to the convention before endorsing the already assured ticket of Walter Mondale and Geraldine Ferraro. Ms. Hubbard believed that humans would graduate to a new level of cooperation and enlightenment, and in her speech — delivered to a largely inattentive audience, and not in the prime-time television window — she suggested who might lead the way into that brave new world.

“The office of the vice president is the perfect place to call forth the genius of our people to build a world equal to our power and our aspirations,” she said.

When Ms. Hubbard died on April 10 in Loveland, Colo., at 89, her vision of a newly vital vice presidency remained unrealized. But her ideas, books and lectures had reached countless seekers looking to clarify their purpose and expand their consciousness.

Peter Hubbard, a grandson, said she died after a brief illness.

Ms. Hubbard was a frequent speaker at seminars and conventions organized by groups like the World Future Society, and her 1998 book, “Conscious Evolution: Awakening the Power of Our Social Potential,” is a core text among those who think the human race is on the brink of an enhanced way of existing.

“With this increased knowledge and the power that it gives us,” she continued, “we can destroy the world or we can participate in a future of immeasurable dimensions.”

“By the time I was 6 years old,” Ms. Hubbard said in “American Visionary,” a recent documentary about her directed by Karen Everett, “I had so many toys that I learned one big lesson: More toys cannot make us happy.”

Her mother, Irene (Saltzman) Marx, died of cancer when Barbara was a teenager; her father, with his self-made-businessman ethos, was a strong influence. 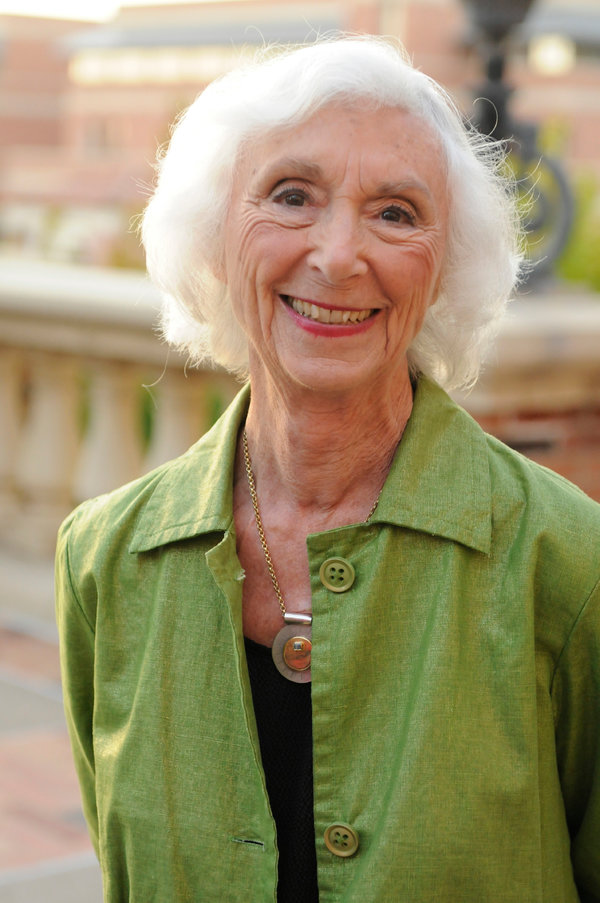 Ms. Hubbard was among the speakers at “A Call to Conscious Evolution: Our Moment of Choice,” an event at the University of California, Los Angeles, in 2010.

“I had asked my father, who was completely areligious, ‘What religion are we?’ ” she recalled in the documentary. “ ‘Oh,’ he said, ‘you’re an American. Do your best.’ ”

The atomic bombing of Japan that ended World War II made a stark impression on her when she was a teenager, she said: It underscored the truth that the human race had attained the ability to wield enormous technological power that could be either beneficial or destructive — or both.

“The first major question to shape my life was, ‘What is the meaning of all our new power in science, industry and technology that’s good?’ ” she said.

She graduated from Bryn Mawr College in 1951. That same year she married Earl Hubbard, an artist she had met in 1949 while in Paris. They settled in Connecticut and had five children, but Ms. Hubbard was not content with fitting into the suburban-housewife mold of the day.

She began reading the works of the philosopher Pierre Teilhard de Chardin, who wrote about the further evolution of the human race; worked with Jonas Salk and the future-oriented Salk Institute; developed an interest in space exploration; and more.

Her marriage ended in the 1970s, a casualty of her increased activity in these areas, which included founding an organization she called the Committee for the Future. She also took to organizing “synergistic convergence conferences,” or Syncons, at which representatives of disparate groups would exchange perspectives and ideas.

From 1972 to 1976 she organized 25 such conferences. One brought together members of Los Angeles street gangs, police officials, crime victims and more. “All participants met as equal members of the community,” she wrote in “Conscious Evolution,” “trying to work out something together.”

A pivotal moment in Ms. Hubbard’s life came in 1966, when she had a particularly strong spiritual vision.

“In a flash, I was catapulted into the future, and I could see a few frames ahead in the movie of creation,” she said. She saw human knowledge and social systems meshing into a positive, empathetic force.

“What Christ and all the great beings came to earth to reveal is, we’re one, we’re whole, we’re good, we’re universal,” she said, an insight that came with the message “Go tell the story, Barbara.”

Though many of Ms. Hubbard’s ideas were somewhat esoteric, one that she expressed in the 1984 address to the Democratic National Convention involved a very practical rebranding.

“Eighty percent of our scientific and technological genius is focused on killing,” she said.

“We must bring together the genius now focused in the War Room in a Peace Room in the White House,” she continued. “Its purpose will be to defeat the real enemies of humanity: hunger, disease, illiteracy, poverty and war.”