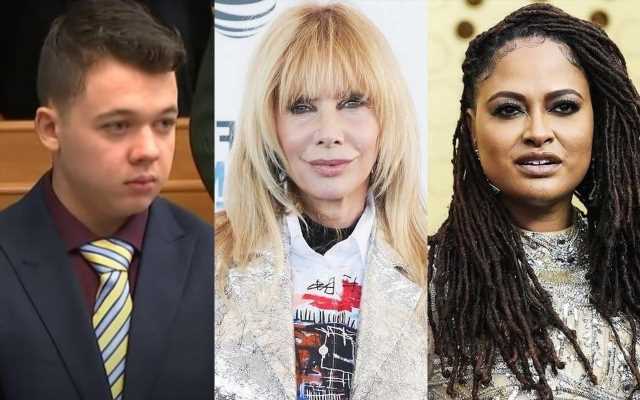 A number of celebrities are angry after teen Rittenhouse was found not guilty in Kenosha shooting while President Joe Biden insists ‘the jury system works.’

The “When They See Us” filmmaker shared a statement from one of the victim’s parents, alongside a black-and-white photo of 26-year-old Anthony Huber, who was shot and killed by Rittenhouse in August, 2020 during protests following a fatal police shooting in the town.

“John Huber and Karen Bloom, parents of murderer #KyleRittenhouse’s victim Anthony Huber: the verdict “sends the unacceptable message that armed civilians can show up in any town, incite violence, and then use the danger they have created to justify shooting people in the street,” she tweeted quickly after the verdict was announced.

Rosanna Arquette wrote simply, “Murderer Kyle Rittenhouse acquitted is a crime in itself.”

“Kyle Rittenhouse being acquitted on all charges after such heinous heinous crimes is the epitome of white privilege and exactly what is wrong with this godforsaken country,” shared Rachel Zegler, who stars in Steven Spielberg‘s ucoming remake of “West Side Story“.

U.S. news commentator Van Jones seemed to speak for many in tweeting, “This is a scary day for America. This acquittal could be seen as a dangerous green light for vigilantes – who might feel empowered to travel to any protest anywhere, provoke attacks & then shoot people in the streets. #KyleRittenhouse.”

U.S. President Joe Biden, meanwhile, said, “I didn’t watch the trial….I stand by what the jury has concluded. The jury system works. And we have to abide by it.”

Rittenhouse faced five charges, including first-degree intentional homicide, but was acquitted as a result of the state’s self-defence laws.