ANT McPartlin is seen slumped on a bench blowing a massive cloud of vape smoke after getting lost in New York with Declan Donnelly.

The telly favourites appeared to find themselves needed directions while making their latest show, being spotted puzzling over a map of the sprawling city. 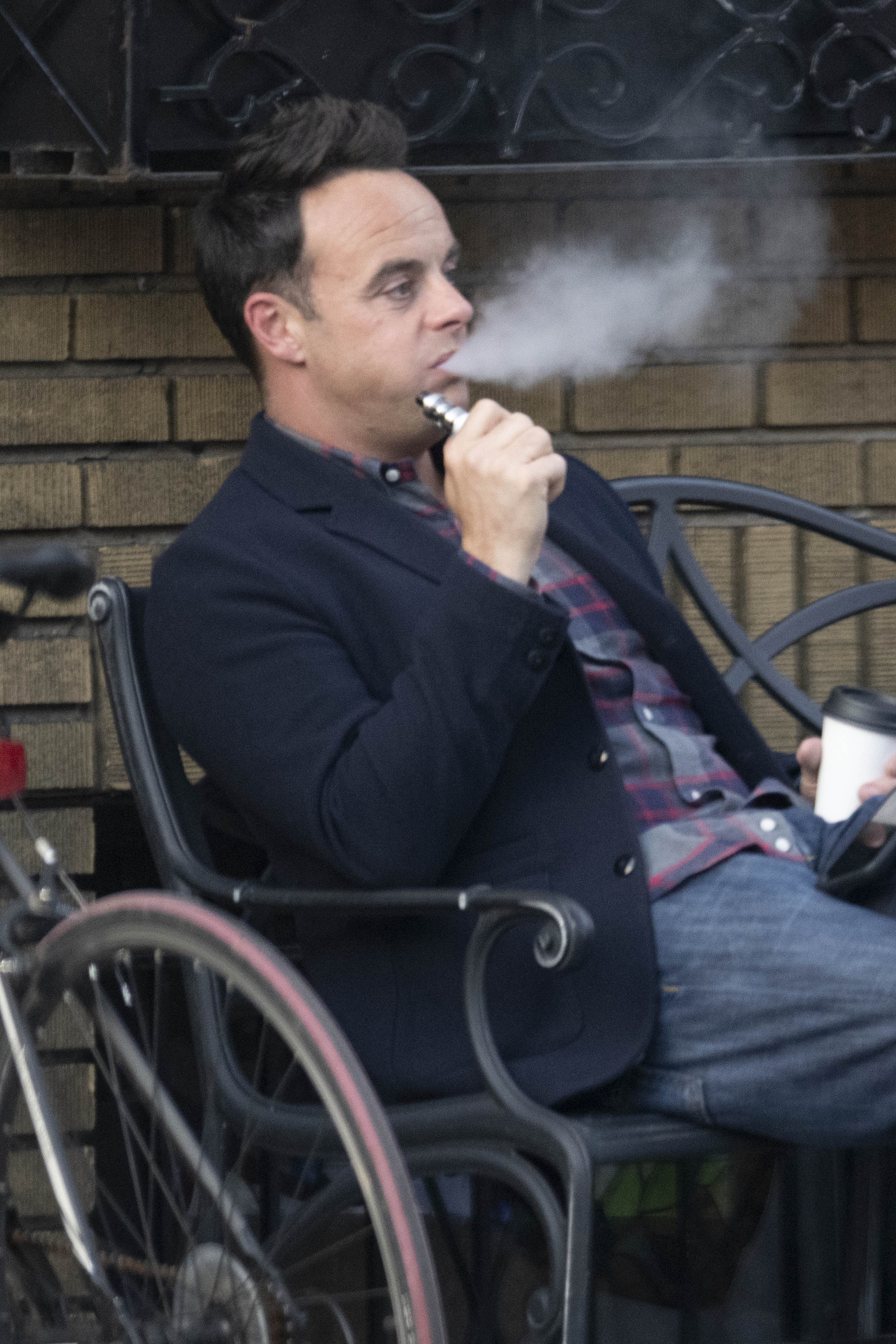 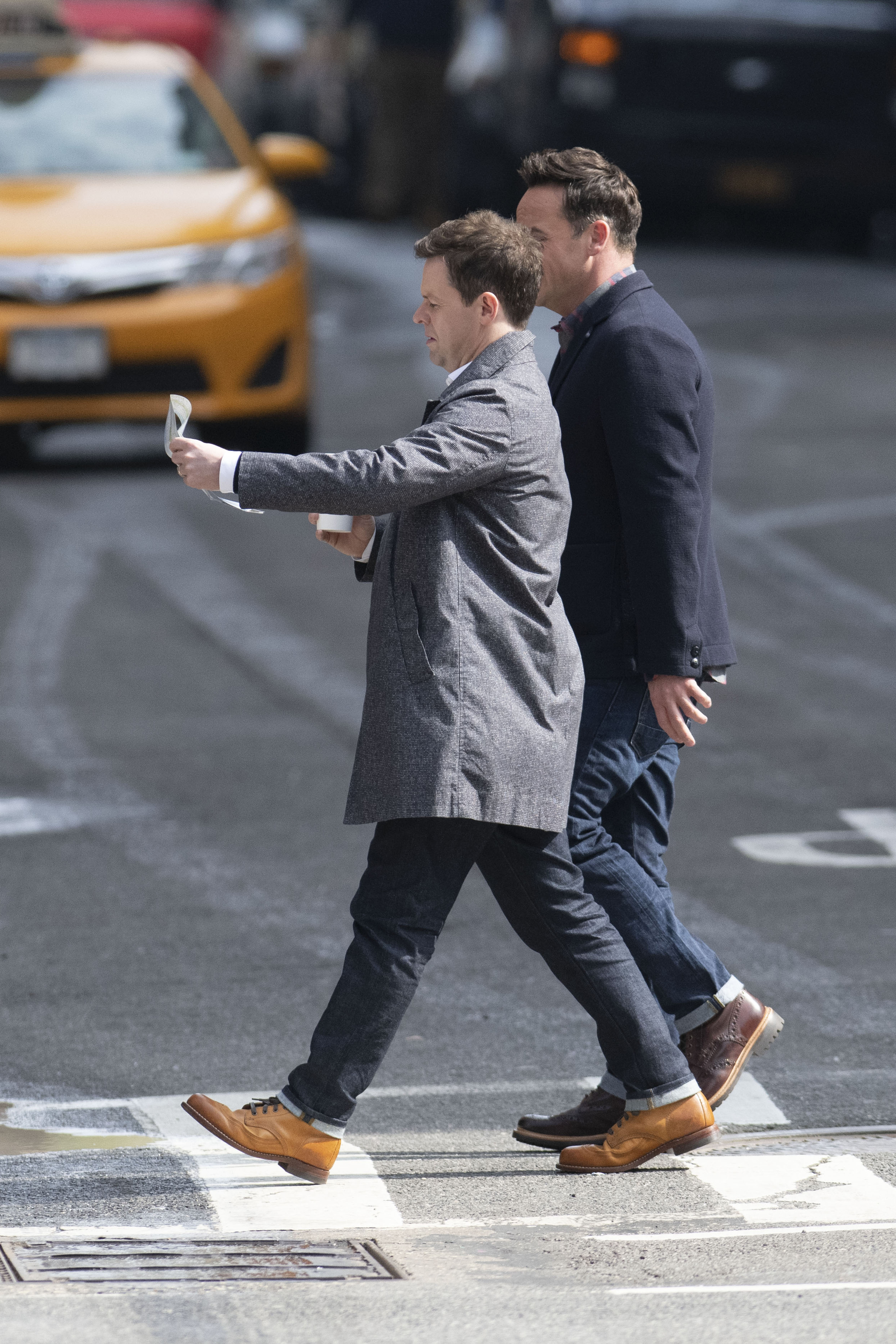 The smartly-dressed pair, both 43, are currently filming Ant and Dec's DNA Journey in America, with Dec taking the lead by squinting at a fold-out plan of the Big Apple.

They were spotted walking the streets of New York's Lower East Side looking mightily confused while on their way to meet a man who was helping them trace their family history.

However, they did eventually find their way, sitting down with the expert, who appeared to hand them a family tree.

Though it's not known which of the Geordie pair has American ancestry, they have been tearing around New York together for the show. 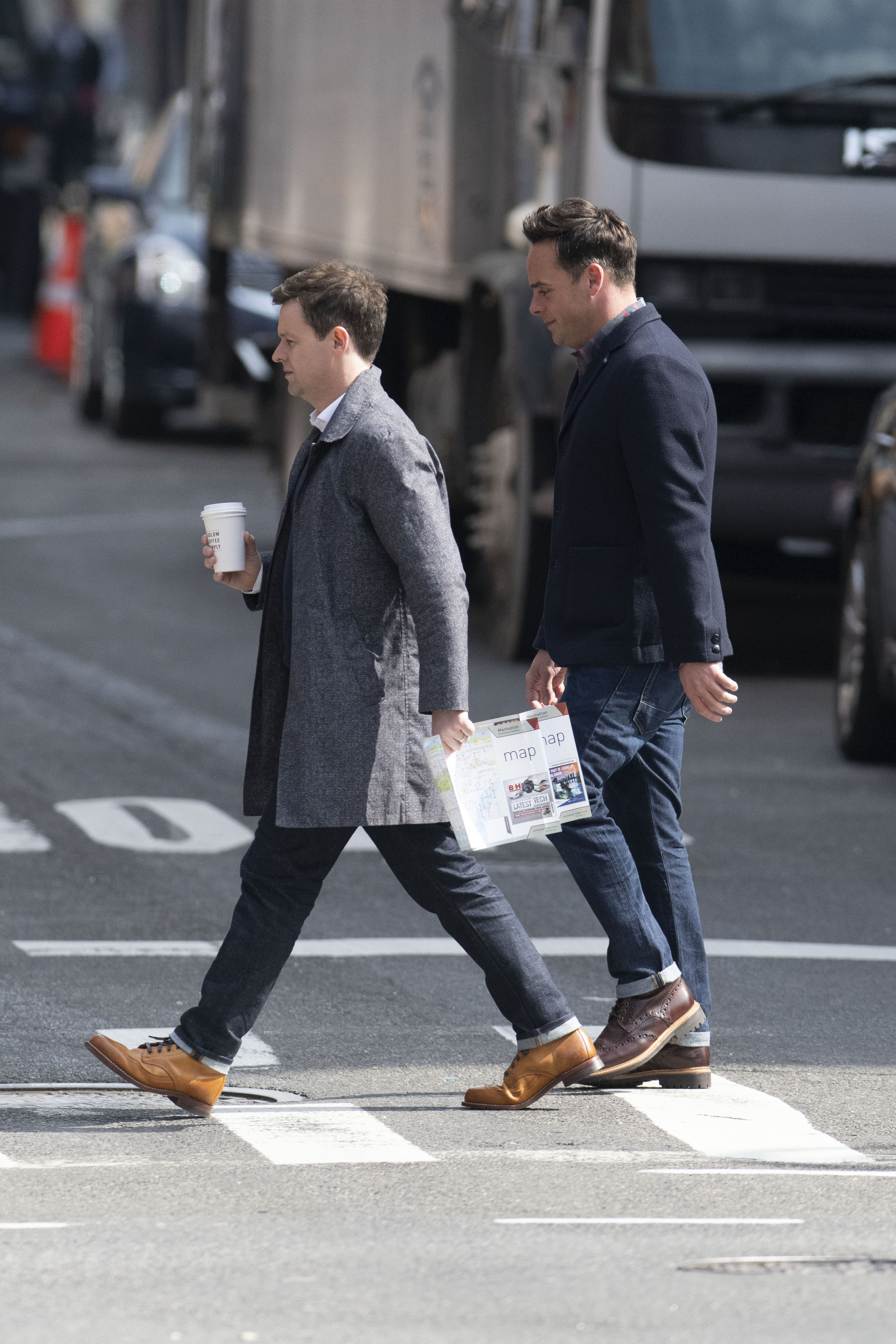 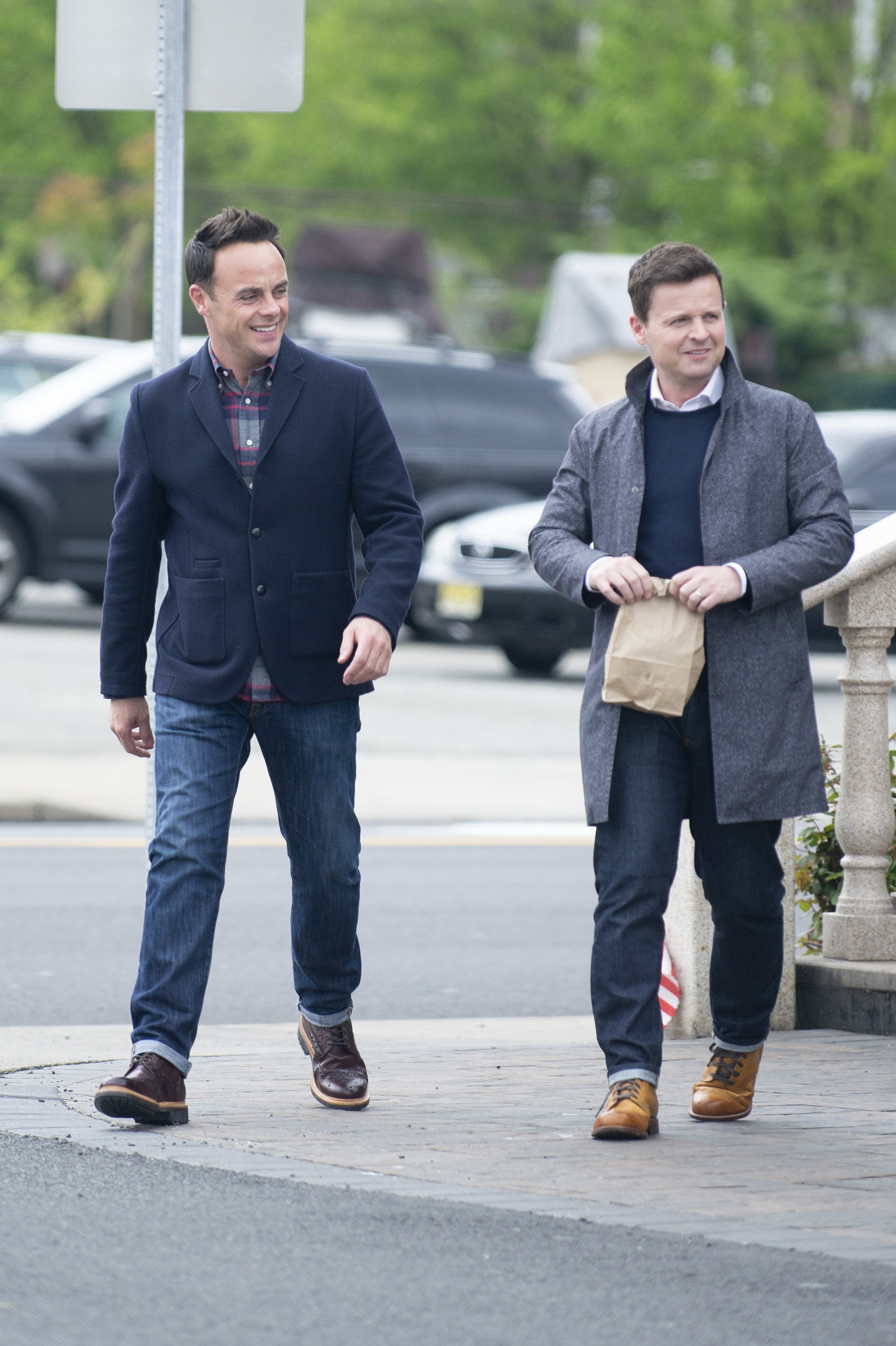 Yesterday they were seen taking a helicopter tour of New York and were filmed clambering into the chopper at the city's Wall Street heliport.

Ant and Dec's DNA Journey is a one-off special that sees the pair trying to track down family members they didn't know existed.

The programme has been a long time in the making, with filming beginning back in 2017.

However, it got shelved after Ant's conviction for drink-driving in April last year and year-long break from TV screens. 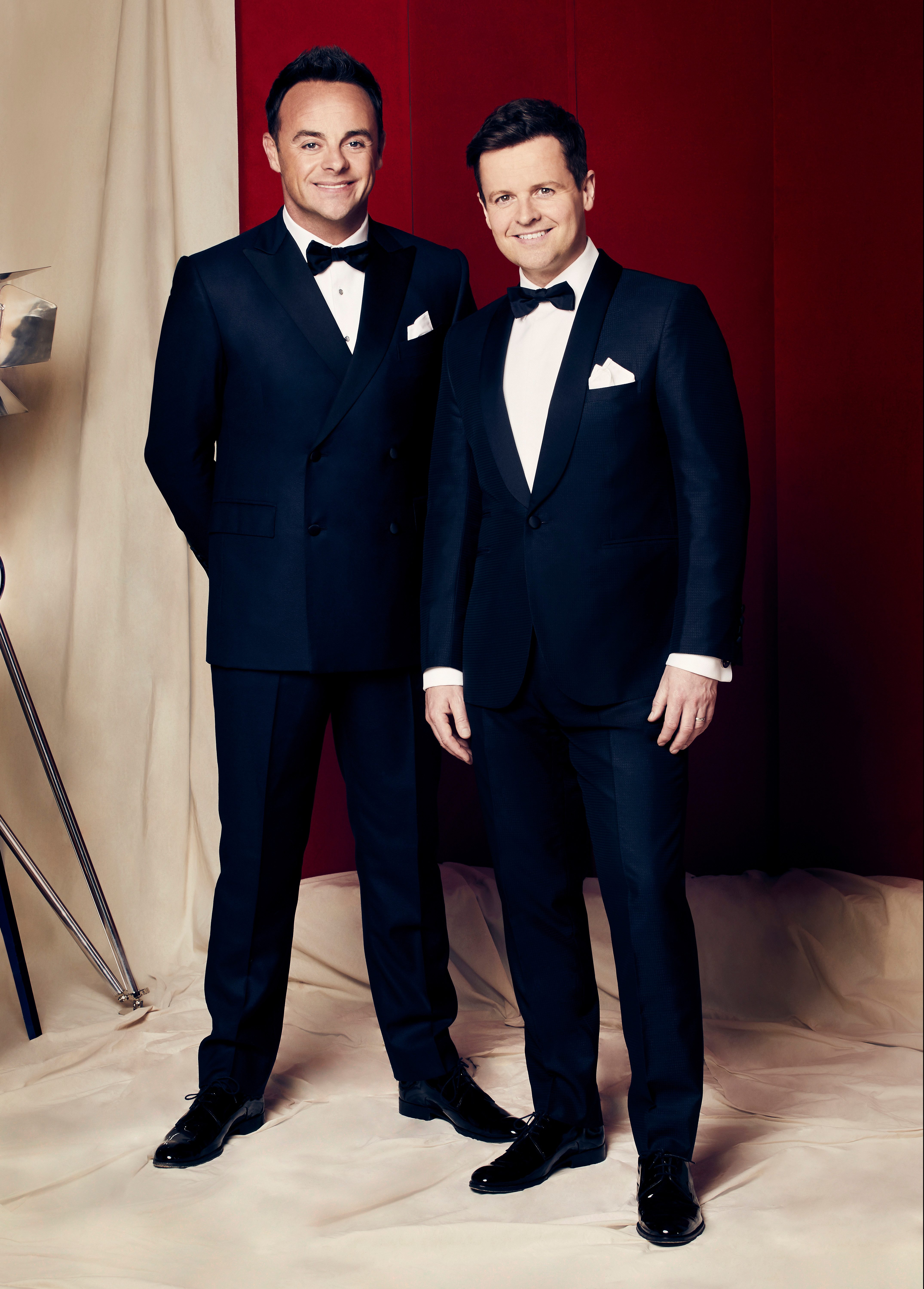 ITV chief Kevin Lygo defended the show against accusations it was like the BBC's Who Do You Think You Are? saying: "They test their DNA then go and find relatives they didn’t know about.

Despite being in New York, the pair will be back hosting the pre-recorded shows on Britain's Got Talent tonight.