Anne Hegerty, 61, found herself on the receiving end of a pointed comment about The Chase after yesterday’s episode. One viewer tweeted The Governess to complain about host Bradley Walsh, 59, accepting one of her answers, which they insisted was “technically incorrect”. “On tonight’s episode you answered the darts questions ‘Barneveld’ instead of ‘van Barneveld’,” the told Anne. “Pretty surprised Bradley didn’t pull that up as technically incorrect.”

Sounding unfazed, the Chaser hit back with a reference to world-famous German composer Ludwig van Beethoven.

“Tell me, was there a composed called Beethoven?” she asked the fan.

“Not trying to cause an argument, just observing,” they replied, adding a laughing emoji.

“So, Beethoven?” she pressed.

“There could be, but he/she wasn’t half as famous as the great van Beethoven,” the viewer insisted.

Anne was having none of it, however, and declared the question team on The Chase would qualify “Beethoven” as a correct term for the composer. 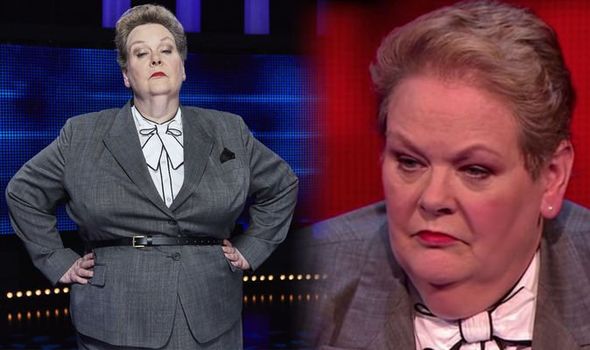 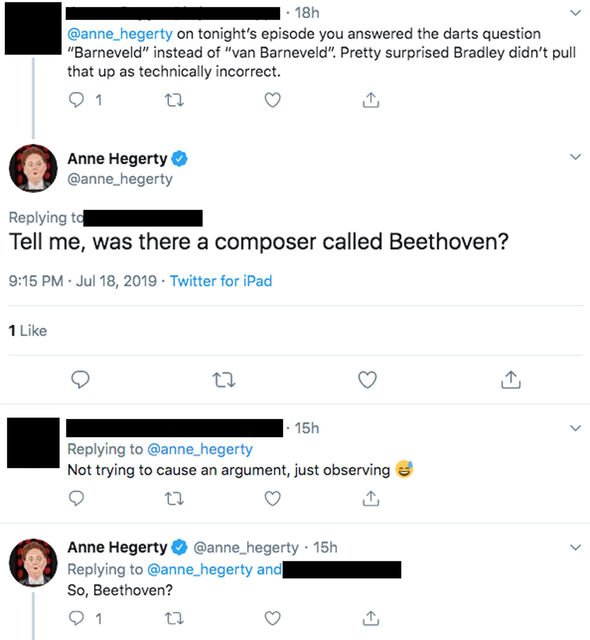 “So you never call him Beethoven,” she tweeted, in view of her 125,000 followers. “OK, but many would, including Chase question verifiers.”

It appeared her response satisfied the viewer, who then fell silent.

Anne has become a fan favourite on The Chase since joining the line-up of expert quizzers on the ITV show back in 2010.

Bradley, meanwhile, has presenting the long-running programme since it first aired in 2009. 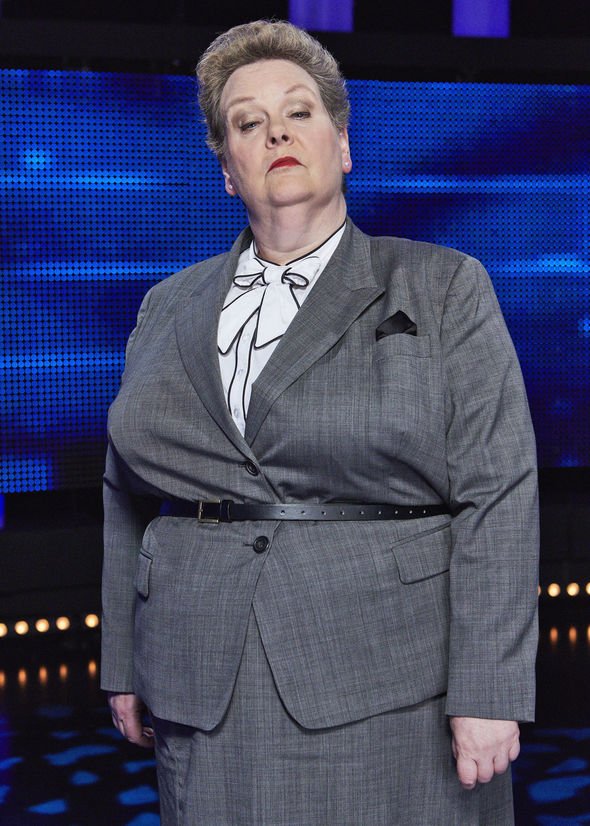 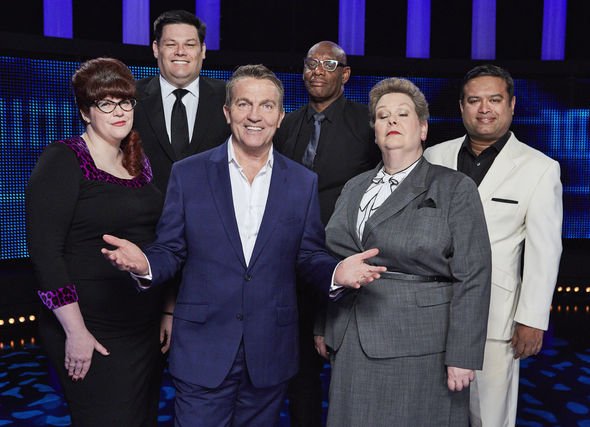 Elsewhere, earlier this week, The Chase’s Anne Hegerty addressed bra-flashing – or the lack thereof – at the star-studded ITV summer party.

Retweeting a series of photos snapped by Crissy Rock, 60, at the event, she could be seen posing with the actress and her co-stars Paul and Mark.

Anne put on a glamorous display for the bash, opting for a shimmering silver gown with a V-neck.

She captioned the post: “A picture that doesn’t show my bra! I’m so proud!”