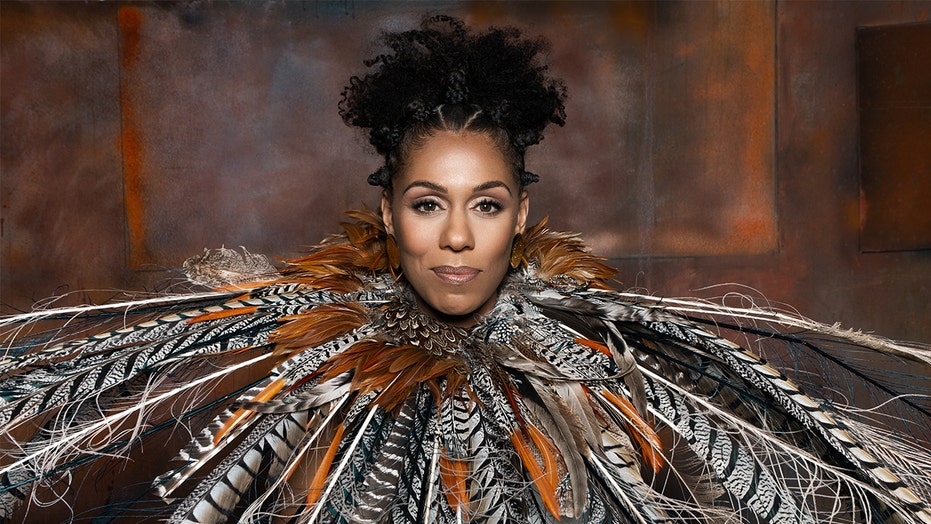 EXCLUSIVE: Sarah Culberson has always known she was adopted – but the aspiring actress had no idea she was the star of a real-life fairy tale.

“I always knew I was different,” the 44-year-old recalled to Fox News. “I had a really great childhood with lots of wonderful friends, but I was very aware that I looked different from everyone else, including my family. I was constantly trying to fit in and it was exhausting. I had all these questions and I felt determined to discover who I was.”

Culberson was born in Morgantown, West Virginia to an African father and a White mother. As an infant, she was put into foster care and was eventually adopted by a White family. Growing up, Culberson was one of the few people of color in her hometown. 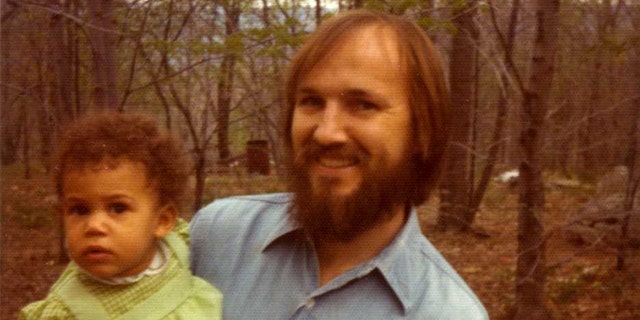 Culberson went on to pursue her passion for theatre and won an undergrad acting scholarship to West Virginia University. But the yearning to learn about her biological parents never left her. It was at age 21 in 1998 when Culberson began searching for her mother’s biological family.

By the time she attended graduate school at the American Conservatory Theater in San Francisco, Cali. Culberson learned that her mother passed away when she was just 11.

“I always had questions about my birth mother,” she explained. “I wondered what she was like, if I looked like her. I spoke to my parents about it and they didn’t have a ton of information because mine was a closed adoption, but they were very supportive of my search.” 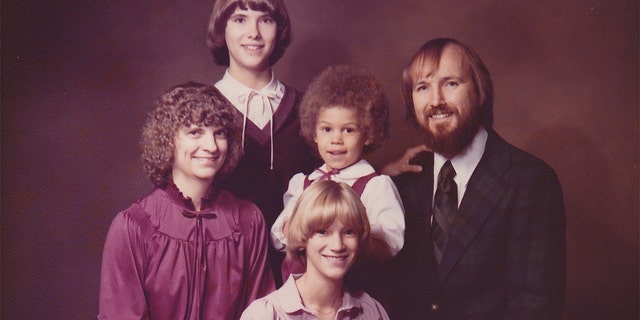 “I learned that my mother passed away from cancer when I would have been 11,” she shared. “I didn’t get to meet her, but I got to see pictures of her. She was a White American who grew up in West Virginia. I learned that we had a similar personality. I even inherited her smile.”

As for her father, Culberson assumed the patriarch had run away from parenthood and wanted nothing to do with her.

In 2001, Culberson moved to Los Angeles where she found roles in movies, television shows and commercials, the Los Angeles Times reported. After attending a personal growth class in 2004, Culberson realized her quest wasn’t over and she was determined to overcome the pain of possibly being rejected by her father. 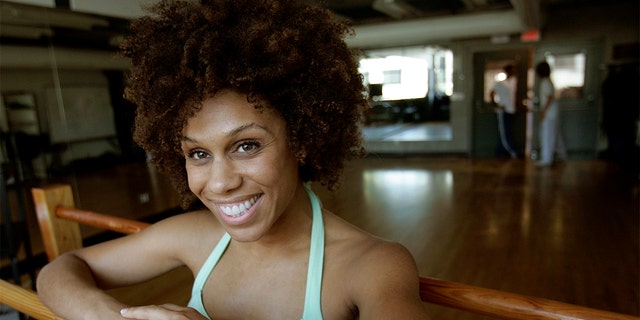 Sarah Culberson moved from West Virginia to Los Angeles with dreams of becoming an actress and dancer. However, she still remained curious about her identity.
(Photo by Carlos Chavez/Los Angeles Times via Getty Images)

“I realized I still had so many questions and little answers,” she shared. “I had made up this theory in my head. But then I began to wonder, what happened? What challenges did he face as an African man in West Virginia who had a child with a White woman? Maybe I should give this guy a break.”

“I decided to let go of my anger and walk in his shoes for a moment,” she continued. “I was afraid that he didn’t want to meet me. But I realized that it was easier to be angry than to address my fears. I had to let go. I had to meet him. I didn’t want to wait until it was too late.”

With the help of a friend and 25 dollars, Culberson found a private investigator who was willing to give her a helping hand. Three hours later, he gave her a Maryland address belonging to her aunt and uncle. 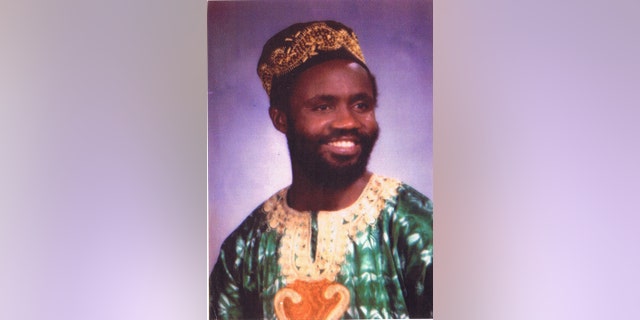 Culberson sent a handwritten letter, not knowing if she would ever hear back. They not only called her, but her newfound relatives delivered the news that forever changed her life.

Culberson’s father, Joseph Konia Kposowa, lived in Bumpe, a village of about 2,000 people in Sierra Leone, West Africa, the Los Angeles Times reported. And she was also a Mahaloi, the granddaughter of a Paramount Chief, which made her a princess.

“It was a surreal experience,” she said. “I honestly just couldn’t believe it.”

Once the patriarch learned of his daughter, he traveled miles across dirt roads to Bo, the closest town with cell-phone reception, the outlet shared. Two weeks later, Culberson would speak to her biological father for the first time. 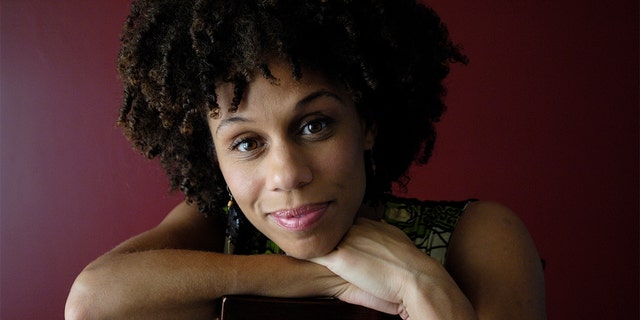 Sarah Culberson learned through her aunt and uncle that she was a princess.
(Photo by Jeff Gritchen/Digital First Media/Orange County Register via Getty Images)

“The first thing he said to me was, ‘Please forgive me,’” she recalled. “‘I didn’t know how to find you. After you were placed for adoption, your name changed. Everything had changed.’ And I said, ‘No – please forgive me. Because I’ve always believed you didn’t want me in your life.’”

According to the Los Angeles Times, Kposowa was a visiting college student when he met Culberson’s birth mother in West Virginia. After she was born, both parents agreed they were too young and poor to give their baby the best life possible.

“I remember he said, ‘We wanted to get you to a family who could really take care of you and give you everything you needed,'” she said. “I told him, ‘You gave me the best family in the world. And I’m so grateful for them.’” 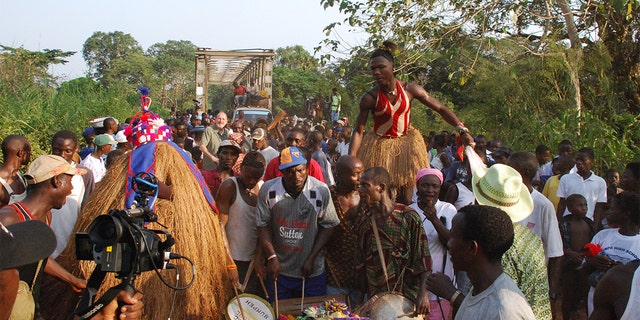 Culberson said that after the phone call, it was time to meet her biological father. And in 2004, she arrived in Sierra Leone where she was greeted by Kposowa. Tears were shed.

“It felt like coming home,” she said. “I remember traveling through bumpy roads and then arriving in this village with hundreds of people, singing and dancing. ‘We’re preparing for Sarah!’ they chanted. My father gave me a green dress and he wore a matching shirt. All the women who came forward were wearing the same green dress. I was just pinching myself. It was overwhelming. But it was like a dream and I didn’t want to wake up from it.”

After the celebration, Culberson was ready to get to work. A brutal, 11-year civil war had recently come to an end in 2002. Many of the people had missing arms and legs. Schools were burned down. And neighborhoods were reduced to rubble. 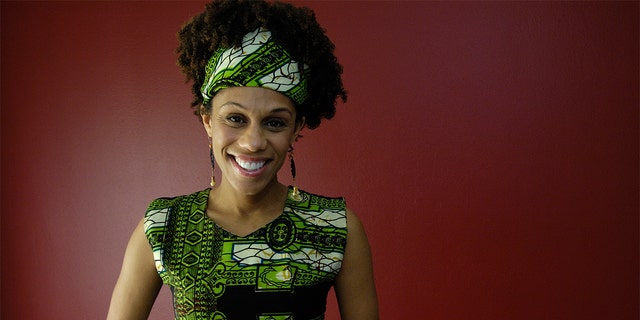 Sarah Culberson recalled how the women in the Sierra Leone village welcomed her by wearing the same green dress.
(Photo by Jeff Gritchen/Digital First Media/Orange County Register via Getty Images)

Feeling compelled to help, Culberson founded Sierra Leone Rising, a non-profit organization that rebuilt Bumpe High School. The foundation would go on to partner with Rotary International to dig wells with clean drinking water that are now serving 12,000 people.

The foundation recently launched “Mask on Africa,” a campaign aimed to educate and encourage people across the continent to wear face coverings amid the ongoing coronavirus pandemic. Long-term goals for the foundation include establishing computer labs for students, hiring more teachers and providing sanitary supplies, among others.

“The title of princess means responsibility,” said Culberson. “It’s my responsibility to make sure our people are OK and our communities are operating in the best way possible. Our goal is to work together as a tribe to ensure that our children receive the best education possible so they can thrive, be aware of the world and make a difference. My adopted parents raised me as educators so I grew up knowing the importance of always learning and growing. So it’s now my duty to give back.” 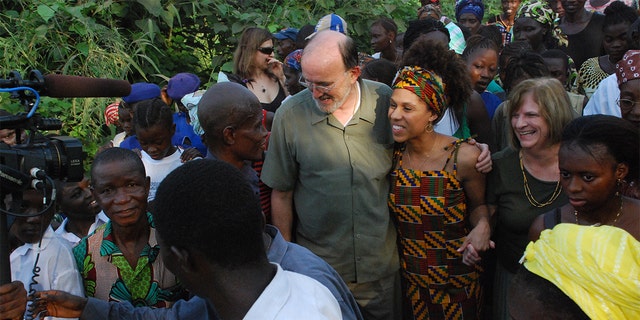 Sarah Culberson said she was compelled to give back. Her adoptive parents have not only been supportive of her journey, but they’ve also offered their help along the way.
(Sarah Culberson.)

Culberson has since shared her story in a 2010 memoir titled “A Princess Found.” Today, she travels around the world, speaking on the importance of diversity and inclusion to create a thriving community. She has also partnered with pal Randy Jackson to create an upcoming animation inspired by finding one’s roots.

As for her adopted parents? Culberson said they’re thrilled to be a part of her journey. And for her, a happily ever after is only beginning. 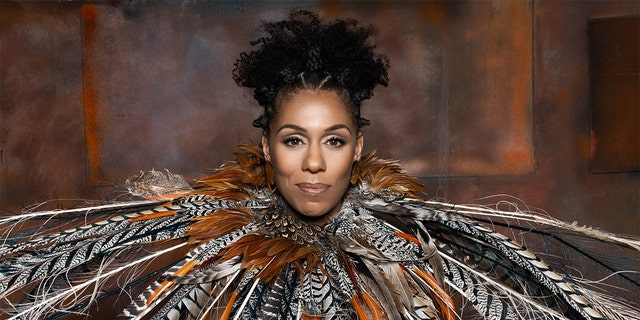 Sarah Culberson described how being a princess means giving back to the community.
(Monika Sedziute)

“They’re special human beings,” she said. “No one will ever replace them and I love them dearly. This has turned out to be a story of complete love, compassion and support. I couldn’t have asked for a better situation.”