Products featured are independently selected by our editorial team and we may earn a commission from purchases made from our links; the retailer may also receive certain auditable data for accounting purposes.

If you’re missing the days when you could experience live music, you’re not alone. The pandemic has forced the closure of a number of music venues across the country, and while some shows are slowly returning, the majority of touring acts are still grounded.

While we wait for concert halls and festivals to open up again, look back at the glory days of live music with these books, that take you on a vivid and visual journey through years of live shows at iconic venues, each documenting not only the rise and evolution of artists and clubs, but of the overall scene that surrounded them too.

The venues were more than just a spot for shows; they were a central and safe location for self-expression, connecting fans to performers as well as to each other, while fueling new friendships, new bands, and keeping the collective culture alive.

Often times, the club itself would undergo a major unexpected change that it wasn’t originally intended for, taking on a completely different crowd and style of music than it started out showcasing. Artists of all different types gravitated to these hangouts that were hidden in plain sight. Bands like The Ramones might be onstage, while authors such as William Burroughs, poets like Alan Ginsburg, and social staples like Andy Warhol and modern celebrities mixed and mingled backstage and throughout the crowd amongst punks, ravers and drag queens.

Through three cities and six decades, these books and the stories they tell offer an excellent and immersive way for new fans to discover a piece of music history in their town, or take a trip back in time for those who were fortunate enough to be there in person.

While the venues are now either gone, under new ownership, or — worse — turned into condos, the photos here offer a glimpse into shows and scenes that only a lucky few who were there (and allowed past the bouncers and velvet rope) got to experience.

1. In the Limelight: The Visual Ecstasy of NYC Nightlife in the 90s

New York nightlife in the Nineties was a colorful and scintillating swirl of sex, drugs, nonstop dancing, and loads of confetti. This book of previously unpublished photos gets into where most people couldn’t – the exclusive and iconic parties of the era, at venues like the Limelight, the Tunnel, and Webster Hall, where fashion, art and music all fused together.

But the scene ran deeper than just one big party – it was a way of bringing past and present into one central location where no one had to hide who they truly were, regardless of gender, sexuality, income or ethnicity. A typical night was atypical, and saw club kids and models mixing with drag queens, bankers, ravers, goths, designers, and even celebrities as varied as Joan Rivers, Leonardo DiCaprio, Tupac, and Madonna.

The “King of Clubs” Peter Gapien provides the text here, and Steve Eichner – a veteran photographer of New York nightlife whose photos have been featured in the New York Times, GQ, and Rolling Stone, provides the stunning and storytelling visuals. Along with Gabriel Sanchez — the photo editor for Buzzfeed — this book dives deep into the birth of a new era of music that lived fast, loud, and burnt out bright, leaving the seeds of a culture that was later picked up and spread all over the world. 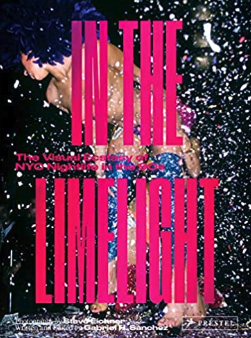 The Rathskellar, aptly nicknamed “The Rat,” was a legendary basement venue in Boston’s gritty Kenmore Square, and the nucleus of the city’s punk and hardcore scene at the time.

Thousands of punk, rock, and new wave shows took place in the subterranean space from 1974-1997. Anyone who passed through the enticingly seedy entrance could count on loud music, lack of hygiene, and a memorable show in one way or another. The cavernous club hosted young artists that were just starting out, such as The Flaming Lips and Sonic Youth, as well as Boston bands like Aerosmith, The Cars, The Lemonheads, Dropkick Murphy’s, the Runaways and the Modern Lovers, with some playing monthly for years and years.

“We played our first show ever at The Rat, on August 19th, 1986,” says Ben Deily, co-founder and co-frontman of The Lemonheads. “I still have the flyers…and the VHS tape.”

He continues, “It was one of those particularly hot, sweaty summer nights in Boston. The perfect time to debut a bunch of addled, sweaty teens who wanted to make noise in the perfect venue.”

The Rat gave a physical location to a scene looking for a home, and became the symbolic representation for the local punk, rock, and hardcore movement as a whole.

Deily now performs internationally with his wife, playwright Lisa Deily, as Varsity Drag. And while the club is long gone, as are the independent radio stations supporting the local bands, the area is almost unrecognizable from what it once was. But this book, and accompanying documentary, revive and revisit it, stepping outside of just the venue and covering the entire surrounding area of Kenmore. “The Square” comes alive again with reminiscence about how it was once a hub of live music, indie record shops, colorful characters, and the quintessential punk hangout in a bygone Boston era. 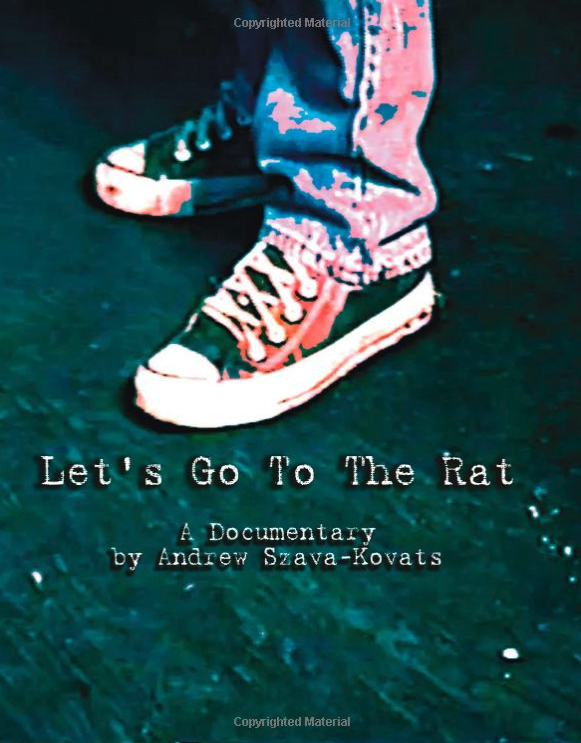 3. My Soul’s Been Psychedelicized: The Electric Factory

Philly’s iconic Electric Factory started out in a converted tire warehouse in the early Sixties, then reincarnated itself in a former GE electric plant building in the Nineties. This book includes full color photos from both eras, along with concert flyers and a narrative from owner Larry Magid.

The photos are sorted into chronological decades, and feature not only giants of the various genres that played the EF such as Janis Joplin and Jimi Hendrix, but also keeps a focus on Philly and its local then-rising stars, from Todd Rundgren and The Disco Biscuits up to The Roots.

It’s an excellent book for any Philadelphian who wants to revisit, or learn about, a defining and irreplaceable venue’s history, or young music fans looking to learn about a central stage that shaped their city’s musical past and present. 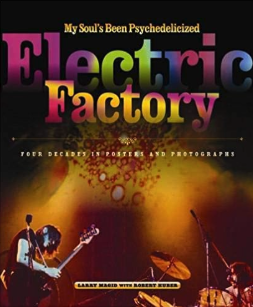 4. CBGB & OMFUG: Thirty Years from the Home of Underground Rock

CBGB was an iconic venue in NYC’s Bowery neighborhood, and housed thousands of shows from 1973 until its closing over a rent dispute in 2007.

Originally meant to be a venue for country, bluegrass and blues (hence the initials CBGB), the club became a welcome stage for independent artists, as well as a birthplace and launchpad for punk and new wave bands like The Ramones, Television and Blondie.

With a foreword by CBGB’s founder Hilly Kristal, and an afterword by the Talking Heads’ David Byrne, the beautiful black-and-white shots chronologically capture both candids as well as posed photographs of the bands, and visually tell the CBGB story to those of us who weren’t around to experience it firsthand. 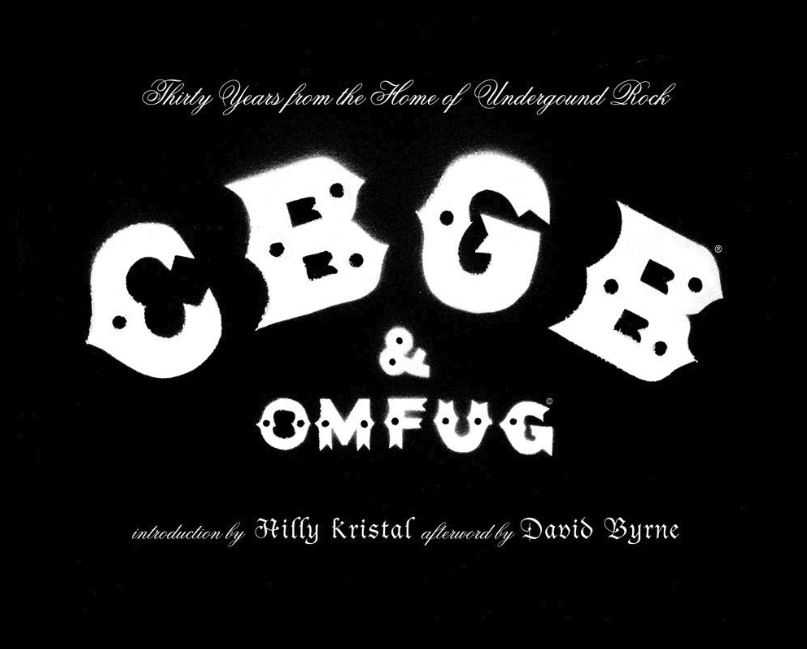 At the intersection of music, art, fashion, poetry and politics was Max’s Kansas City – an NYC restaurant and nightclub that became a popular performance and hangout spot for artists of all types. Andy Warhol and Patti Smith were nearly nightly staples in the famed backroom, The Velvet Underground and Iggy Pop performed frequently, and the club was a major player in the glam rock scene, showcasing up-and-coming musicians like David Bowie and the New York Dolls.

Both bands and independent artists of varying genres graced the stage at Max’s, sometimes in the same show, like Bob Marley and the Wailers opening for a young Bruce Springsteen. Unsigned artists often came looking to get discovered, such as Aerosmith, who played their first-ever NYC show at Max’s and were later signed by then-Columbia Records President, Clive Davis.

The photos in this book, a mix of color and black-and-white, have an intimate feel to them, and capture candids of some of the biggest names in their respective fields, all conversing and converging on the one spot that brought them together.

For more of a written history of Max’s, this also pairs well with “High On Rebellion: Inside the Underground At Max’s Kansas City” by Yvonne Sewall-Ruskin (former wife of Max’s owner, Mickey Ruskin). 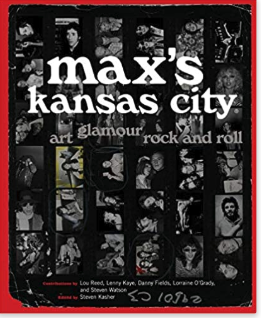