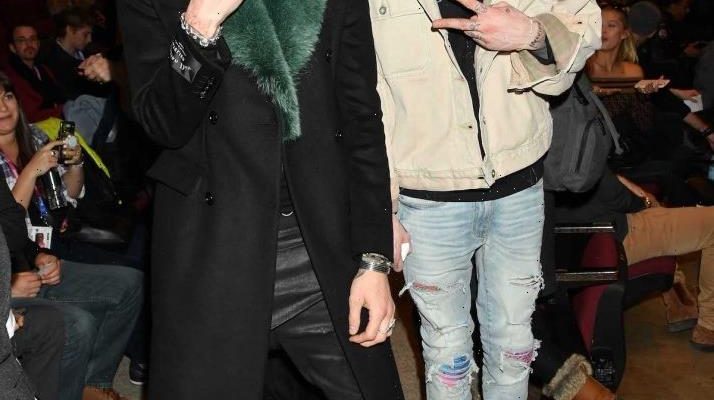 Pete Davidson and Machine Gun Kelly first met when they both appeared on MTV’s Wild ‘N Out. But they reached best-friend status while working together on the Netflix Mötley Crüe biopic, The Dirt.

Since then, the two stars have been practically inseparable. They compliment each other frequently on social media and in interviews. Davidson has even made appearances in Kelly’s music videos. Here are a few of the times their friendship was almost too sweet and wholesome to believe.

When they took a lie detector test together

The two stars literally put their friendship to the test. They agreed to do a lie detector test for Vanity Fair that revealed a great deal about their relationship. Davidson and Kelly took turns asking the other questions while hooked up to the lie detector, with an administrator in the room to verify the results.

Not only do the answers to their questions say a lot about their friendship, but also their casual banter and giggling throughout the video. They took several opportunities to compliment one another.

For example, when asked, “Do you think I’m a better stand-up comedian than I am an actor?” Kelly paused, then answered sincerely, “Not to be lame, but I think you’re great at both.” The test administrator confirmed that Kelly was telling the truth.

When Davidson asked Kelly, “So, you’re a dad, right?” He immediately went off-script and added enthusiastically, “By the way, I’d just like to say he is a great father!”

When Kelly asked Davidson, “Do you think that we’ll be friends forever?” Davidson didn’t hesitate before responding, “Absolutely, 100 percent.” The test administrator confirmed this to be a truthful answer.

In December 2020, Davidson appeared in a skit for Saturday Night Live as Kelly. He mimicked Kelly’s appearance by wearing his signature bleached blonde locks, a hot pink outfit from head to toe, and a thick pearl necklace. He also changed his voice and demeanor to match Kelly’s.

Kelly seemed to understand that imitation is the best form of flattery. Instead of being offended by the skit, the musician tweeted “nailed it” after three crying laughing emojis. He also retweeted a photo comparing Kelly with Davidson’s skit version side by side.

When MGK brought Pete Davidson on tour with him

After Davidson tweeted in December 2018 that he didn’t “want to be on this earth anymore,” Kelly did his best to cheer his friend up and keep him safe. That meant bringing the comedian on tour with him.

Davidson perched on an elevated platform on the stage during Kelly’s concert about a week after Davidson’s worrying tweet. Although Davidson was wearing a black hoodie, dark pants, and black sneakers, he was still clearly recognizable.

When they fell off the ‘SNL’ stage together

In January 2021, Davidson and Kelly had an adorable moment at the end of Saturday Night Live when they accidentally tumbled off the stage together.

You might have missed it if you didn’t watch the final sketch of the episode. But as the credits rolled, with the entire cast chatting and embracing onstage, Davidson approached Kelly for a hug. Kelly lifted Davidson by the knees, sending both of them flying backward off the stage.

Not to be deterred, the two friends returned to the stage. Davidson then picked up Kelly and threw him over his shoulder.